Coronavirus variant B.1.1.7 will soon be dominant U.S. strain 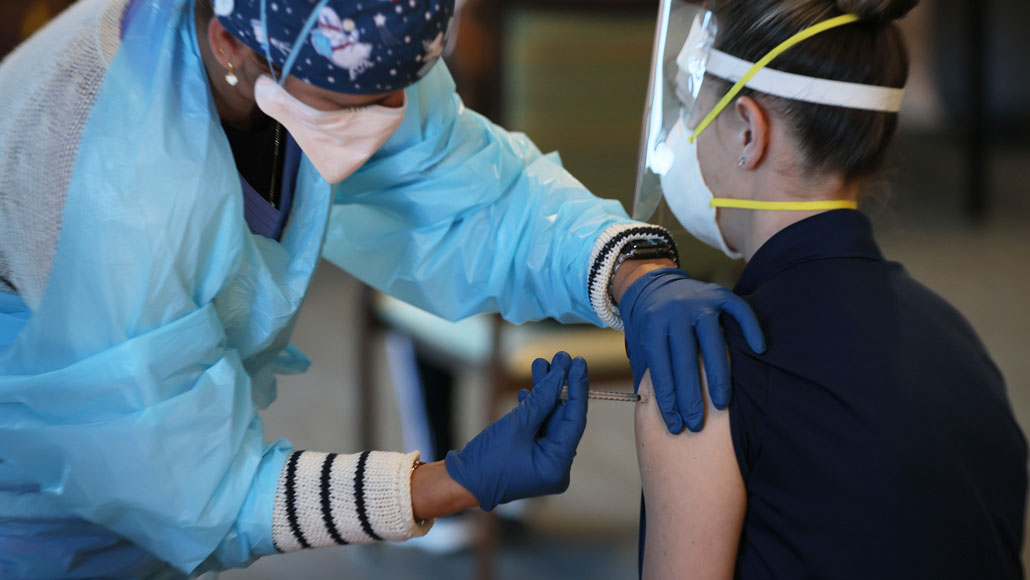 A highly contagious coronavirus variant will become the dominant version of the virus in the United States in March, emphasizing the need for more rapid vaccination, a new modeling study from the U.S. Centers for Disease Control and Prevention suggests.

The coronavirus variant was first identified in December in the United Kingdom (SN: 12/22/20). Called B.1.1.7, it has some mutations that may help the virus better spread among people, though the variant isn’t thought to cause more severe disease. It has so far been detected in 76 COVID-19 cases across 12 U.S. states. Because experts have analyzed the genetic fingerprints of only a small percentage of the millions of coronavirus infections in the United States, however, it’s unclear how widespread B.1.1.7 might be. Experts estimate that the variant currently causes less than half a percent of U.S. COVID-19 cases.

But while B.1.1.7 might be present at low levels now, it has the potential to drive a surge in U.S. cases and outpace the most prevalent viral variants currently infecting people in two months, researchers report January 15 in Morbidity and Mortality Weekly Report. Because B.1.1.7 is likely more transmissible, people must be more rigorous about following public health guidelines such as wearing masks to curb its spread, health officials say.

“These measures will be more effective if they are instituted sooner rather than later,” the researchers warn.

In the study, the team simulated how the variant might spread in the country from January to April 2021. Assuming that the variant is 50 percent more transmissible than other viral versions already spreading in the United States and that around 10 to 30 percent of people have immunity against any form of the virus from a previous bout of COVID-19, B.1.1.7 could cause most coronavirus cases in the country by March, the researchers found.

Vaccinating 1 million people a day, however, would help substantially reduce how many COVID-19 cases — and thus hospitalizations and deaths — caused by the new variant ultimately occur, though the variant would still dominate U.S. cases in March, the modeling study suggests. Since the rollout of vaccines in December, more than 10 million people have been inoculated against the coronavirus in the United States.

Reducing coronavirus transmission overall, including the spread of other variants, could also further reduce how much B.1.1.7 spreads, even after it becomes the dominant variant. More rigorous efforts to limit the spread of the virus — including more compliance with following public health guidelines like wearing masks and staying away from crowds — will slow the variant’s spread and give medical experts more time to vaccinate more people and build up community immunity, the team writes.