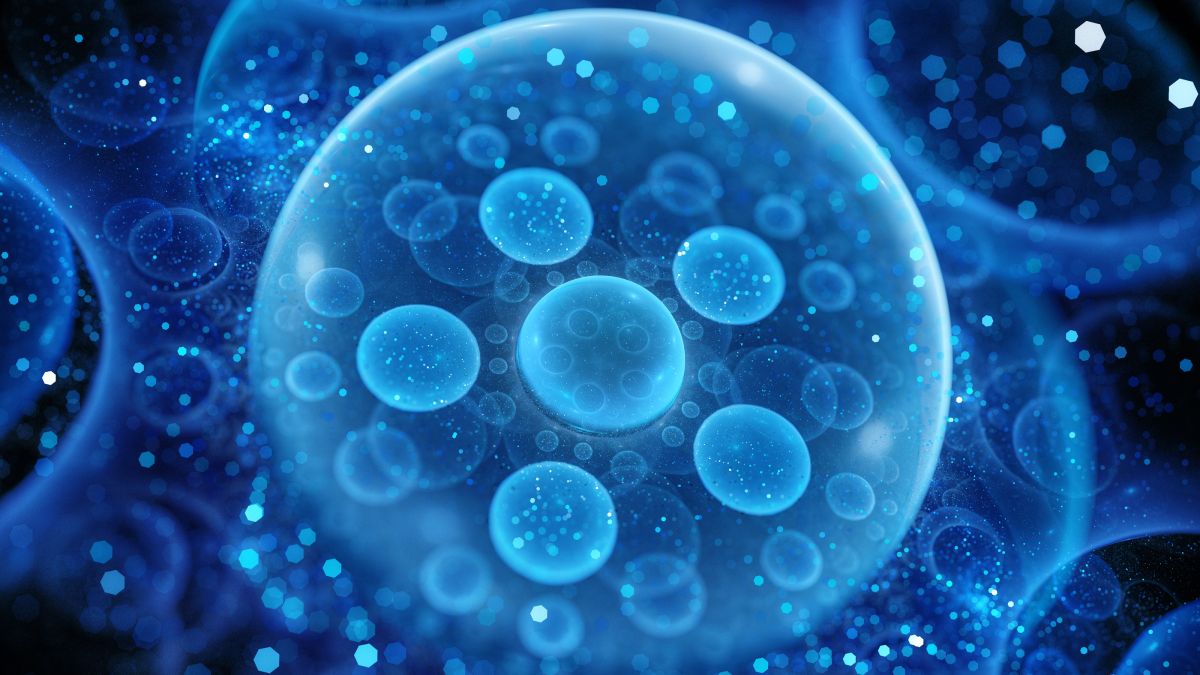 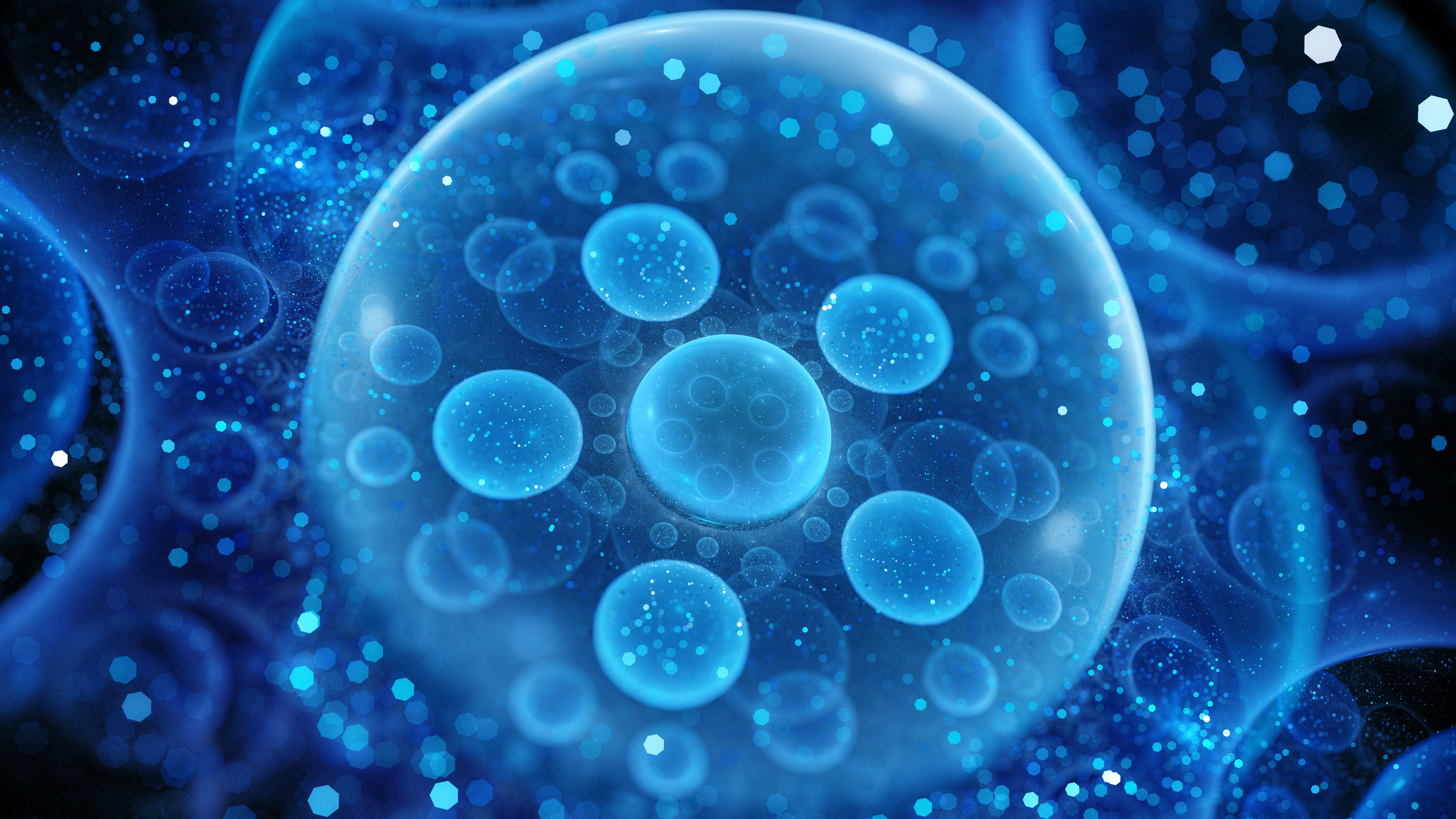 Ballooning cosmic bubbles in our early universe may have led to the current abundance of dark matter, the elusive substance that tugs on the stars, yet emits no light, a new study suggests.

The theory, described Oct. 9 in the journal The Physical Review Letters, may explain exactly how dark matter condensed out of the fiery soup of the early universe. Since astronomer Fritz Zwicky first proposed the existence of dark matter in 1933, tons of observational evidence has shown that something is lurking in the shadows, invisible to our eyes and even the latest scientific instruments. Dark matter leaves its fingerprint by the gravitational tug it exerts on the visible stars and galaxies astronomers observe. The magnitude of that pull allows scientists to estimate what percentage of the universe is made of dark matter; current estimates suggest this dark material makes up 80% of the universe’s mass.

“Although we know how much dark matter our universe contains, for decades now, we’ve been left wondering about dark matter’s nature and origin,” said study co-author Andrew Long, an assistant professor of physics at Rice University in Houston. “Is dark matter a collection of elementary particles? If so, what are the properties of these particles, such as their mass and spin? What forces do these particles exert and what interactions do they experience? When was the dark matter created, and what interactions played an important role in its formation?”

Long and physicists Michael Baker, at the University of Melbourne in Australia, and Joachim Kopp, at the Johannes Gutenberg University of Mainz in Germany, wanted to answer the last of these questions — when and how did it form? They looked at the earliest period of the universe’s formation, a fraction of a nanosecond after the Big Bang started, a “Wild West” of particle creation and destruction, where particles collided and annihilated each other as quickly as they formed, Long said. At the time, the universe was a fiery soup of extremely high-energy elementary particles, similar to the quark-gluon plasma physicists create in the biggest particle accelerators today. This primordial soup was unimaginably hot and dense, and far too chaotic for more ordered subatomic particles such as protons and neutrons to form.

But this cosmic shootout did not last long. After the universe began to expand, the plasma gradually cooled and the production of new particles came to a halt. At the same time, particles grew further apart and their rate of collisions plummeted until their numbers remained fixed. The particles that were left are what scientists call “thermal relics”, and became the matter we know and love today, such as atoms, stars, and eventually, people.”In addition to all of the elementary particles known today, there’s reason to imagine there were other particles present during the early universe, such as dark matter,” Long told Live Science.

Scientists believe these hypothetical particles may also exist today as thermal relics. In the new study, the team assumed that in the fractions of a second after the Big Bang, the plasma underwent a phase transition similar to what happens now when matter moves from one state to another, such as when bubbles of water vapor form in a pot of boiling water, or steam cools down to form water droplets.

In this scenario, bubbles of cooled plasma formed abruptly in the boiling soup of the early universe. These bubbles expanded and merged until the whole universe transitioned to a new phase.

“As these droplets expanded throughout the universe, they acted like filters that sifted dark matter particles out of the plasma,” Long said. “In this way, the amount of dark matter that we measure in the universe today is a direct result of this filtration in the first fractions of a second after the Big Bang.”

One of the leading candidates for dark matter are Weakly Interacting Massive Particles, or WIMPs. These hypothetical particles would weigh 10 to 100 times more than protons, but they would interact with matter only through two of the fundamental forces of nature: gravity and the nuclear weak force. Passing like specters through the universe, they could account for the missing dark matter astronomers, such as Zwicky, first noticed almost a century ago.

The search for WIMPs drove physicists to build enormous state-of-the-art detectors deep underground. But despite decades of searching for the elusive particles, none have been found. This led scientists in recent years to look for other dark matter particle contenders that are either lighter or heavier than WIMPs.

“One exciting aspect about the idea [of our research] is that it works for dark matter particles that are much heavier than most other candidates, such as the famous [WIMPs], on which most experimental searches in the past were focused,” Kopp, a coauthor of the paper], said in an interview. “Our work, therefore, motivates the extension of dark matter searches towards heavier masses.”

Their work could also open up the search for dark matter to other future projects such as the Laser Interferometer Space Antenna (LISA), a constellation of space probes spanning millions of miles designed to detect the ripples of gravitational waves through space.

If the cosmic bubbles envisioned by Long and colleagues were present during the early universe, they may have left a detectable fingerprint through gravitational waves, Long said. It’s possible some fraction of the energy created by two bubble walls colliding would produce gravitational waves detectable by future experiments.

The team plans to expand on their research to understand more about what happens when dark matter interacts with these bubble walls and what happens when  bubbles collide. “We know dark matter is out there, but we don’t know much else,” Baker said. “If it’s a new particle, then there’s a good chance that we could actually detect it in a laboratory. We could then pin down its properties, like its mass and interactions, and learn something new and deep about the universe.”