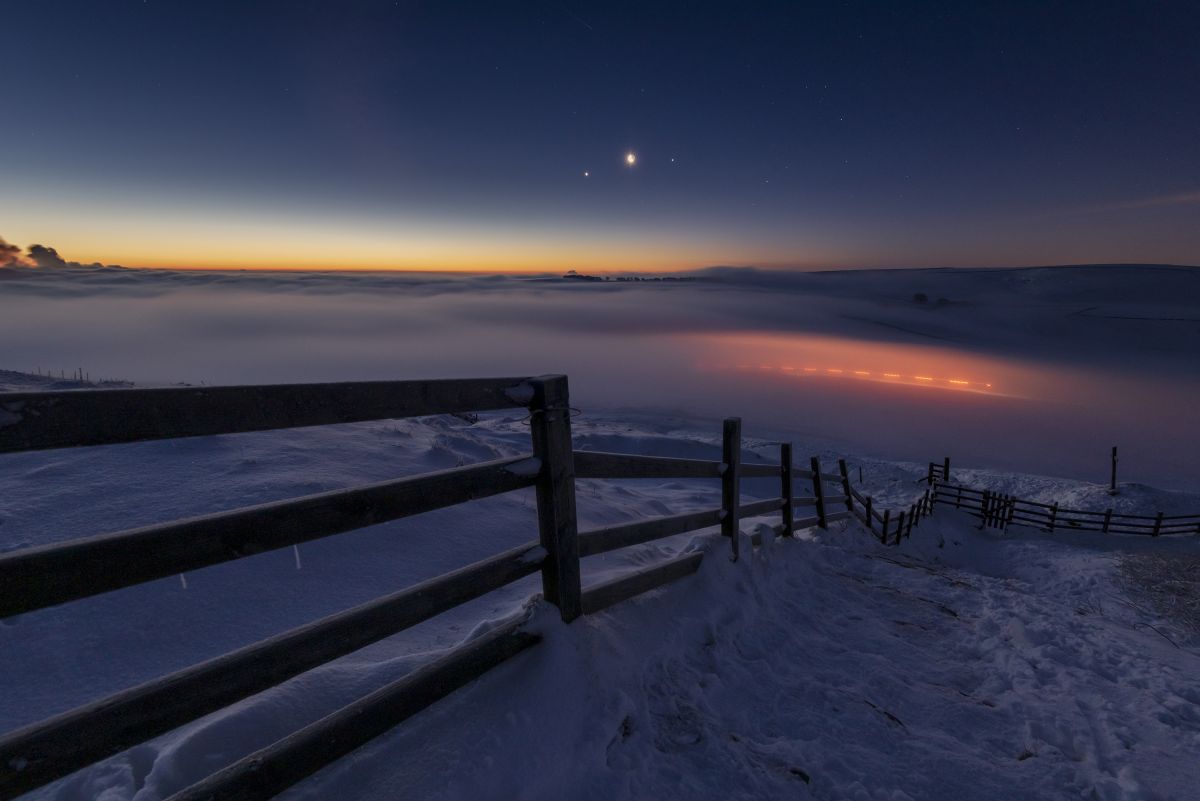 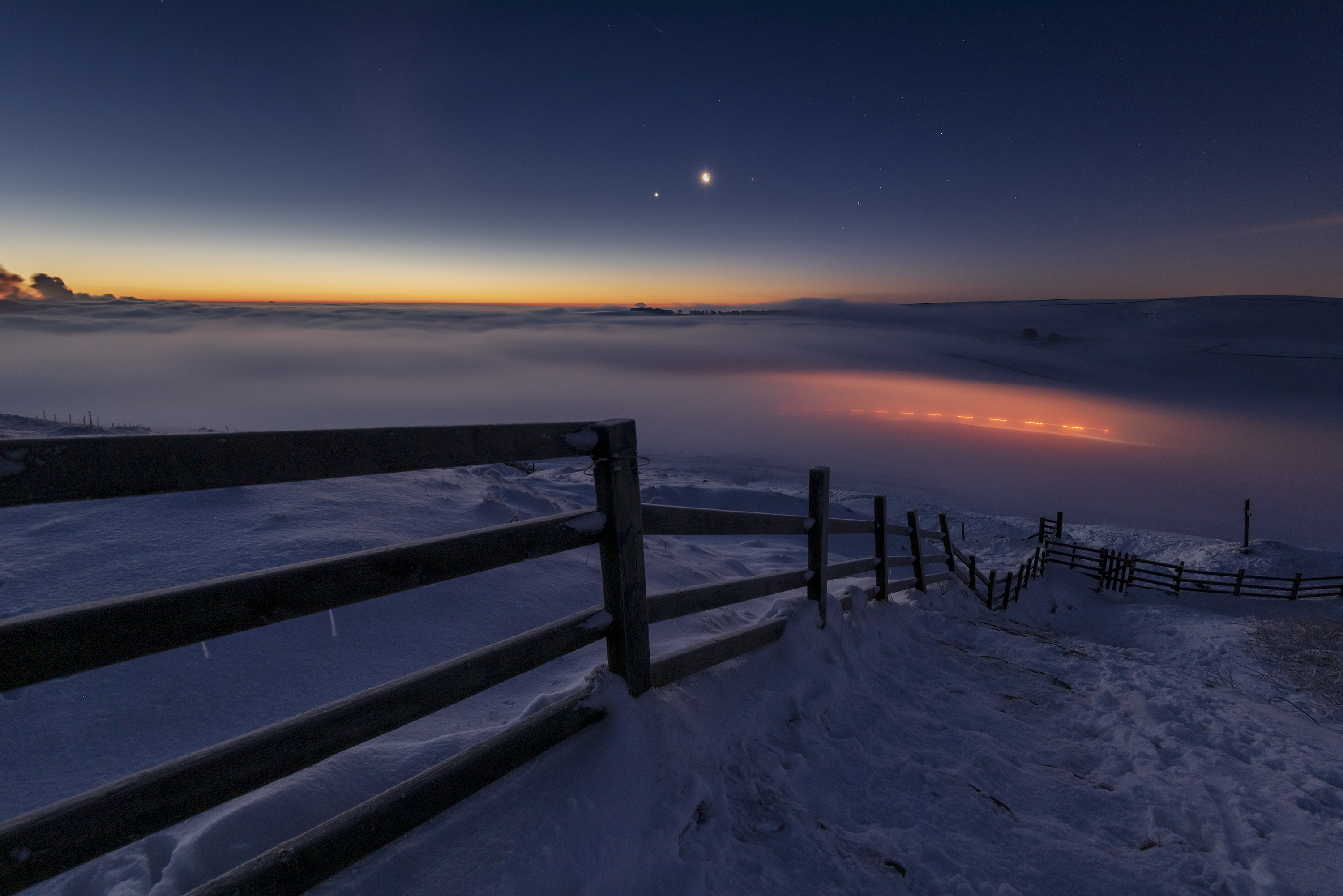 Was the “Star of Bethlehem” that led the magi to the infant Jesus in the Bible the same as the Christmas Star that will be visible on Monday (Dec. 21)?

In other words, will we be seeing what the Wise Men ostensibly saw 2,000 years ago?

It wouldn’t be crazy to think so. Jupiter and Saturn will come together on Monday, nearly merging in the sky, a phenomenon known as the Great Conjunction that happens roughly once every 20 years. Jupiter and Saturn may have appeared to come together three times as they danced around each other in the sky during a period of conjunction close to when Jesus was reportedly born, during the year 7 B.C. It’s conceivable that that combined light in the sky was recorded as a star, and associated with Jesus’ birth, and thus named the Christmas Star, according to EarthSky. That, in fact, is why the Great Conjunction, as it’s more correctly called, is also known as the Christmas Star — because of its connection with the birth of Jesus.

If the Biblical account is any indication, it does seem like people remembered seeing something bright in the sky back then. .

“Now after Jesus was born in Bethlehem… magi from the east arrived in Jerusalem, saying, ‘Where is He who has been born King of the Jews? For we saw His star in the east, and have come to worship Him.'” (Matthew 2:1, New American Standard Bible)

“…and lo, the star, which they had seen in the east, went on before them until it came and stood over where the Child was. And when they saw the star, they rejoiced exceedingly with great joy. And they came into the house and saw the Child with Mary His mother, and they fell down and worshiped Him…” (Matthew 2:9, New American Standard Bible)

Related: See Images of the ‘Jesus’ House and Nazareth Artifacts

So according to the Gospel of Matthew, a bright star in the sky at the time of Jesus’ birth announced his birth. But what was it?

Winding back the orbits of the planets to the time of Jesus is fairly simple. As Astronomy Magazine reported, Jupiter and Saturn’s orbits aligned in 7 B.C. such that from Earth they appeared to come together three times in the constellation Pisces — a relatively rare event, first proposed as the true Star of Bethlehem in the 1600s by Johannes Kepler, according to The Conversation. According to NASA, before Dec. 21, 2020, Jupiter and Saturn hadn’t come so close together in the sky for 400 years, and not at night for nearly 800 years. (Meanwhile, as Live Science previously reported, the exact year of Jesus’ birth is uncertain.)

But if the Star of Bethlehem was a planetary conjunction, Astronomy reported, a Jupiter-Saturn pair-up isn’t the only candidate. In 3 B.C., Jupiter and Venus came just as close from Earth’s point of view as this year’s Jupiter-Saturn conjunction, and Venus usually looks brighter from Earth than both Jupiter and Saturn. They then appeared to “merge into a single star” in June of 2 B.C.

Planetary conjunctions aren’t the only options, Astronomy noted. Chinese astrologers noted a “broom star” in the sky in 5 B.C., likely a comet, that could also explain the Star of Bethlehem. And supernovas throughout history have looked to people on Earth like big bright stars. But there’s no evidence of a supernova around the time of Jesus’ birth.

Writing for The Conversation, Eric M. Vanden Eykel, a professor of religion at Ferrum College in Virginia, said: “I believe Matthew’s story of the star exists not to inform readers about a specific astronomical event, but to support claims that he is making about the character of Jesus.”

In other words, maybe Matthew, writing decades after Jesus’ death, wasn’t recalling something physical seen in the sky but instead a spiritual idea.