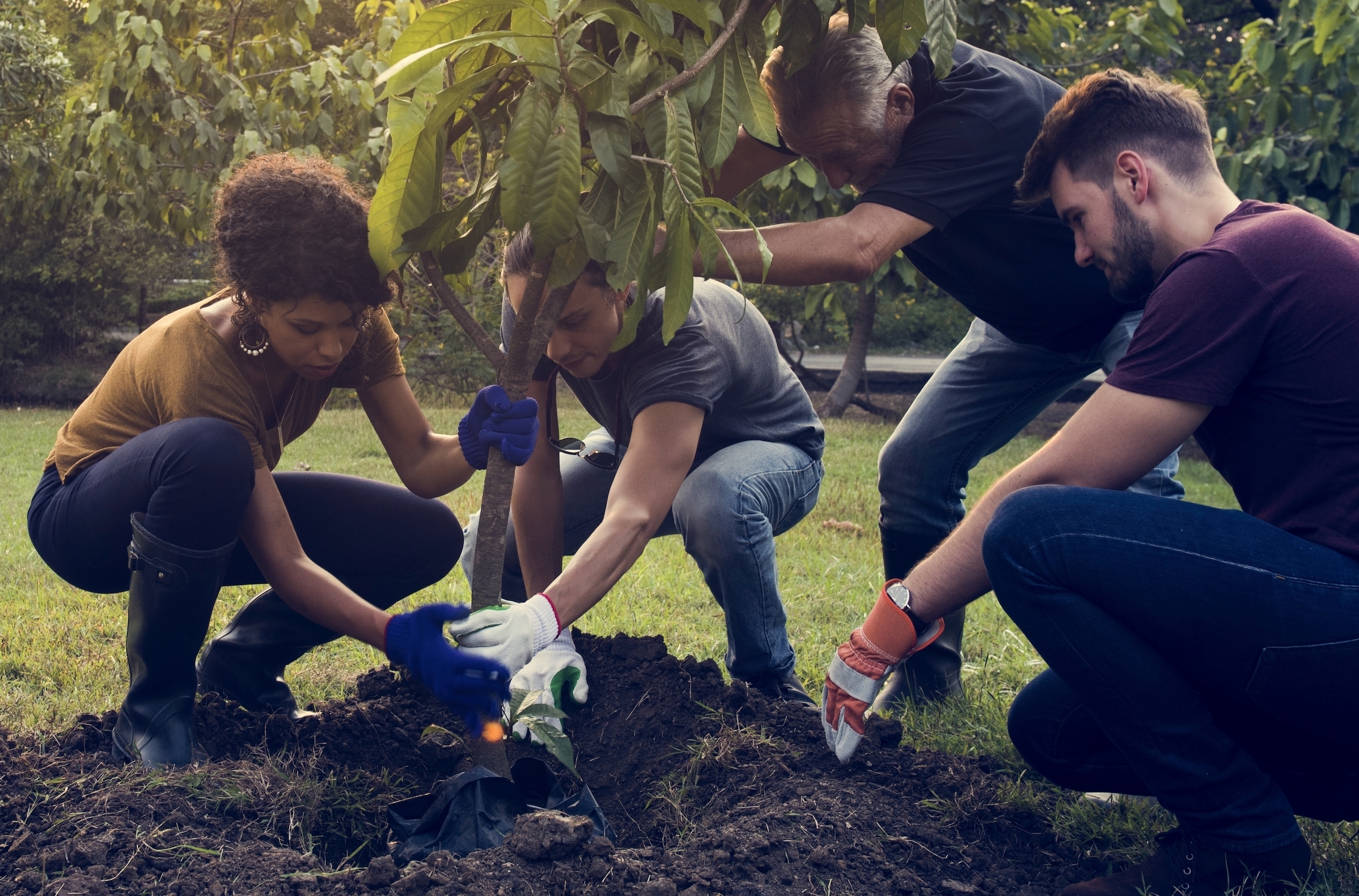 Nature has equipped Earth with several giant “sponges,” or carbon sinks, that can help humans battle climate change. These natural sponges, as well as human-made ones, can sop up carbon, effectively removing it from the atmosphere.

But what does this sci-fi-like act really entail? And how much will it actually take — and cost — to make a difference and slow climate change?

Sabine Fuss has been looking for these answers for the last two years. An economist in Berlin, Fuss leads a research group at the Mercator Research Institute on Global Commons and Climate Change and was part of the original Intergovernmental Panel on Climate Change (IPCC) — established by the United Nations to assess the science, risks and impacts of global warming. After the panel’s 2018 report and the new Paris Agreement goal to keep global warming to 2.7 degrees Fahrenheit (1.5 degrees Celsius) or less, Fuss was tasked with finding out which carbon removal strategies were most promising and feasible.

Related: What is a carbon sink?

Afforestation and reforestation — planting or replanting of forests, respectively — are well known natural carbon sinks. Vast numbers of trees can sequester the greenhouse gas carbon dioxide (CO2) from the atmosphere for photosynthesis, a chemical reaction that uses the sun’s energy to turn carbon dioxide and water into sugar and oxygen. According to a 2019 study in the journal Science, planting 1 trillion trees could store about 225 billion tons (205 billion metric tons) of carbon, or about two-thirds of the carbon released by humans into the atmosphere since the Industrial Revolution began.

Agriculture land management is another natural carbon removal approach that’s relatively low risk and already being tested out, according to Jane Zelikova, terrestrial ecologist and chief scientist at Carbon180, a nonprofit that advocates for carbon removal strategies in the U.S. Practices such as rotational grazing, reduced tilling and crop rotation increase carbon intake by photosynthesis, and that carbon is eventually stored in root tissues that decompose in the soil. The National Academy of Sciences found that carbon storage in soil was enough to offset as much as 10% of U.S. annual net emissions — or about 632 million tons (574 million metric tons) of CO2 — at a low cost.

But nature-based carbon removal, like planting and replanting forests, can conflict with other policy goals, like food production, Fuss said. Scaled up, these strategies require a lot of land, oftentimes land that’s already in use.

This is why more tech-based approaches to carbon removal are crucial, they say. With direct air capture and carbon storage, for instance, a chemical process takes carbon dioxide out of the air and binds it to filters. When the filter is heated, the CO2 can be captured and then injected underground. There are currently 15 direct air capture plants worldwide, according to the International Energy Agency. There’s also bioenergy with carbon capture. With this method, plants and trees are grown, creating a carbon sink, and then the organic material is burned to produce heat or fuel known as bioenergy. During combustion, the carbon emissions are captured and stored underground. Another carbon capture trick involves mineralization; in this process, rocks get ground up to increase the surfaces available to chemically react with, and crystallize, CO2. Afterward, the mineralized CO2 is stored underground.

However, none of these technologies have been implemented on a large scale. They’re extremely expensive, with estimates as high as $400 per ton of CO2 removed, and each still requires a lot of research and support before being deployed. But the U.S. is a good example of how a mix of carbon removal solutions could work together, Zelikova said: Land management could be used in the agricultural Midwest; basalt rocks in the Pacific Northwest are great for mineralization; and the oil fields in the Southwest are already primed with the right technology and skilled workers for underground carbon storage, she said.

Related: Why does the Earth rotate?

Ultimately, every country will have to put together its own unique portfolio of CO2 removal strategies because no single intervention will be successful on its own. “If we scaled up any of them exclusively, it would be a disaster,” Fuss said. “It would use a lot of land or be prohibitively expensive.” Her research has shown that afforestation and reforestation will be most productive in tropical regions, whereas solar radiation differences in the more northern latitudes with more albedo (reflection of light back into space) mean those countries will likely have better luck investing in the more technological interventions, such as carbon capture and biomass extraction.

The need to deploy these solutions is imminent. The global carbon budget, the amount of CO2 humans can emit before the global temperature rises 2.7 F (1.5 C) above preindustrial levels, is about 300 gigatons of CO2, Fuss said.

“In recent years, we’ve emitted 40 gigatons,” she said. Put another way, only a few years are left in that budget. A recent study in the journal Scientific Reports suggests that waiting even a few years from now may be too late if we are to meet the goal set in the Paris Agreement. Based on their climate model, the authors predict that even if we stop emitting greenhouse gases entirely, “global temperatures will be 3 C [5.4 F] warmer and sea levels 3 meters [10 feet] higher by 2500 than they were in 1850.” To reverse climate change’s effects, 33 gigatons of existing greenhouse gases must be removed this year and every year moving forward, the researchers said.

The reality, however, is these approaches are not ready and there’s not a consensus on how to pay for them. There is a consensus among scientists on the next step: We need to stop further emissions immediately. But, “since emissions are embedded in our daily lives and infrastructure,” Fuss said, “[carbon] removal comes more to the forefront.”