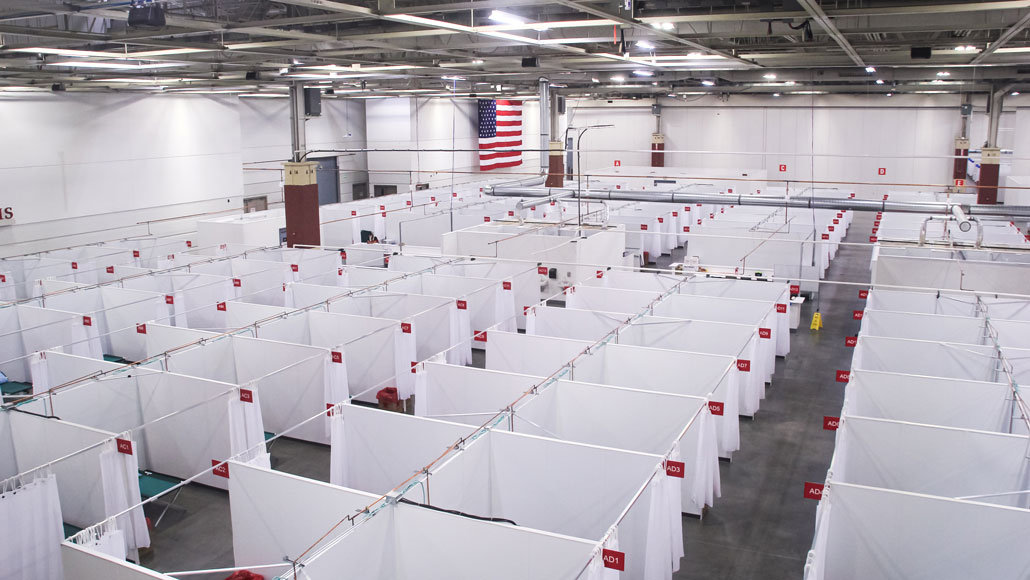 Christopher Petrilli, an internal medicine doctor in New York City, cared for hospitalized COVID-19 patients when the city was at the epicenter of the U.S. pandemic in the early spring. It was “all hands on deck,” he recalls.

So many COVID-19 patients were admitted to his hospital system, NYU Langone Health, during that surge — 1,724 adults in March and 2,305 in April — that “everyone was pitching in to do whatever they could to help,” he says. By August, the number of COVID-19 patients had dropped considerably, to a more manageable 134.

Over that time, the mortality rate dropped too: from 25.6 percent in March to 7.6 percent in August, Petrilli and his colleagues report online October 23 in the Journal of Hospital Medicine. The team’s calculation took into account the patients’ age, sex, race and ethnicity, past medical history and severity of illness. That way, it was clear the decrease in the death rate wasn’t just due, for example, to younger and healthier patients being admitted over the summer (SN: 9/9/20).

New York City wasn’t alone. The COVID-19 death rate has fallen across the United States as a whole. A cruder measurement — simply dividing the number of deaths by the number of cases —  finds the country’s rate dropped from 6.7 percent in April to 1.9 percent in September, according to data from the U.S. Centers for Disease Control and Prevention.

Why more people have been surviving a bout of COVID-19 is likely a combination of doctors having more experience with the disease, the availability of effective treatments and many hospitals no longer being overtaxed. But rising cases could reverse the mortality rate trend. Many places in the United States are seeing uncontrolled spread of the disease. On October 30, per the CDC, the United States posted its highest ever one-day total of cases: 99,750. Even with improvements in care, this latest surge threatens to overwhelm hospitals and lead to more deaths.

Science News spoke with Petrilli about what’s behind the decrease in the mortality rate and the threat posed by rising cases. The interview has been edited for length and clarity.

SN: What did you learn about what’s driving the change in the COVID-19 mortality rate?

Petrilli: The reason why we published this study is because we wanted to see, was it just the demographics were changing? Because anecdotally we saw that the patients who were being admitted were younger. So we wanted to make sure that the lower mortality rate was not only due to patient demographic changes.

That surge of patients in March and April could potentially be one of the biggest reasons why we had such an incredibly high mortality rate and why it’s improving now. [Some other possible reasons are] the improvements in treatment [or that] potentially patients are getting a lower dose of the virus because of masking.

SN: How has care changed since the beginning of the pandemic?

Petrilli: It’s possible that a lot of the [mortality rate] decline could be from providers across the country just feeling more comfortable taking care of COVID patients. We’ve also been able to see what treatments work effectively.

Initially in the pandemic, the thought was to try to mechanically ventilate patients earlier.  We’ve since moved away to try to delay mechanical ventilation…. It puts stress on the lungs and actually can lead to increased inflammation, which is one of the potential mechanisms for why COVID causes such devastation to not only the lungs but other organs in the body.

There’s been studies in the United Kingdom about steroids being helpful (SN: 6/16/20). We started to use those in our treatment regimen.

SN: How does hospital capacity impact the COVID death rate?

Petrilli: It plays an incredibly important role.… In intensive care units, you need to have available beds so that if there’s an emergency, if there’s a bolus of patients, there’s a place to put them and providers to care for them.… If an ICU is bombarded with a surge of patients, it’s much more difficult for them to even triage who needs to be seen immediately. Staffing all of those beds with appropriate medical providers, that’s where the bottleneck is.

SN: As cases rise again and hospitals fill, what could happen to the death rate?

Petrilli: The hypothesis would be that it would go up. The resources will be more taxed, and it will be just more difficult to provide the same care…. If medical professionals get infected, then they’re unable to provide care while they’re quarantining for two weeks.

Not every hospital has the same resources. Most health systems have likely followed very closely all of the new treatment guidelines [and] testing guidelines that have been published, so they certainly would be better off than we were back in March when there was no data to go on. But if a hospital doesn’t have experience taking care of COVID patients, they’ll probably get better over time just like we did.

SN: What other concerns do you have as cases rise?

I definitely have colleagues who are emotionally strained and drained, but I think the whole country is right now, too. I don’t know what the long-term mental health effects are going to be, but it’s certainly going to be something that we have to keep an eye on.