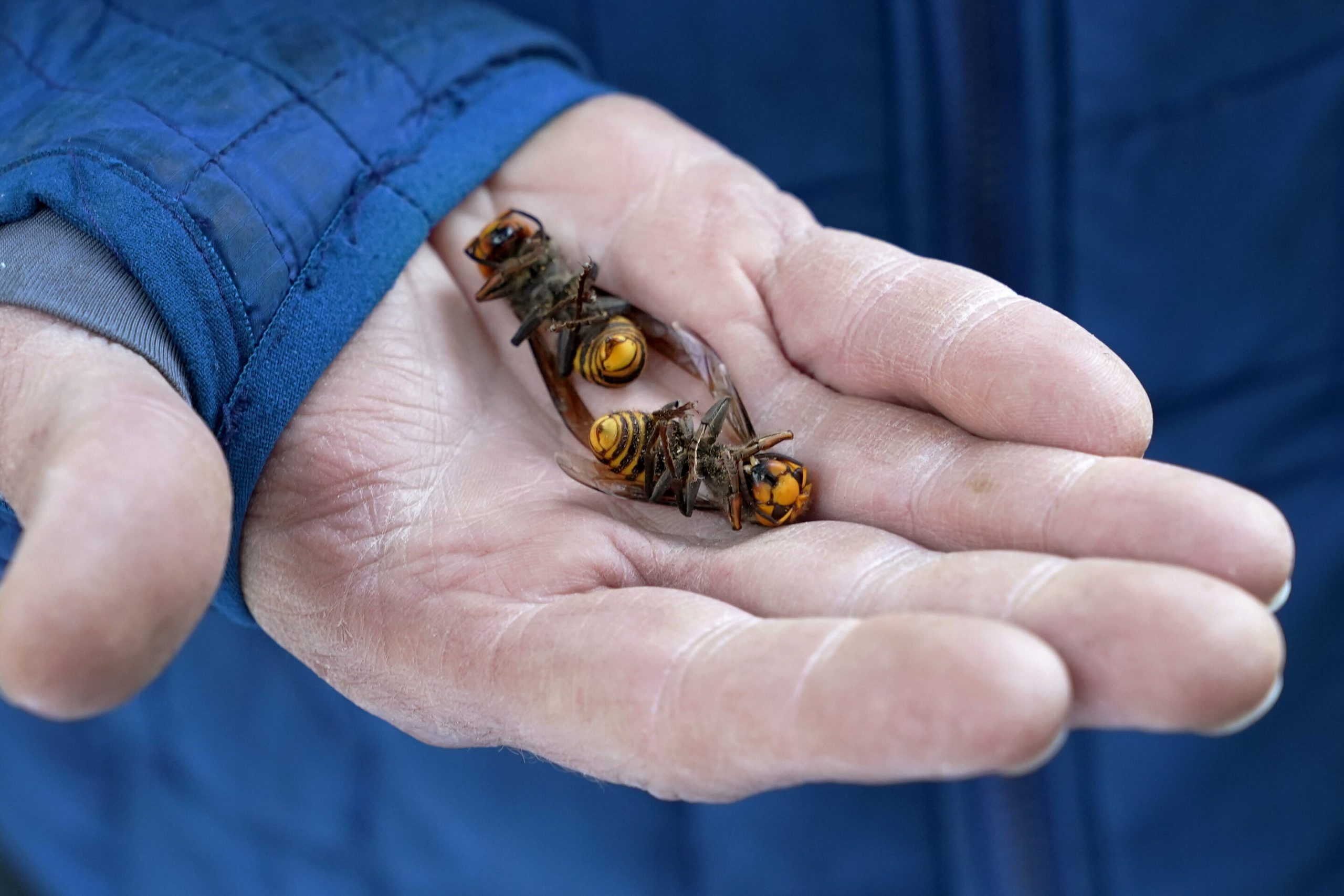 The state Agriculture Department had spent weeks searching, trapping and using dental floss to tie tracking devices to Asian giant hornets, which can deliver painful stings to people and spit venom but are the biggest threat to honeybees that farmers depend on to pollinate crops.

The nest found in the city of Blaine near the Canadian border is about the size of a basketball and contained an estimated 100 to 200 hornets, according to scientists who announced the find Friday.

Crews wearing thick protective suits vacuumed the invasive insects from the cavity of a tree into large canisters Saturday. The suits prevent the hornets’ 6-millimeter-long stingers from hurting workers, who also wore face shields because the trapped hornets can spit a painful venom into their eyes.

The tree will be cut down to extract newborn hornets and learn if any queens have left the hive already, scientists said. Officials suspect more nests may be in the area and will keep searching. A news briefing was planned Monday on the status of the nest.

Despite their nickname and the hype that has stirred fears in an already bleak year, the world’s largest hornets kill at most a few dozen people a year in Asian countries, and experts say it is probably far less. Meanwhile, hornets, wasps and bees typically found in the United States kill an average of 62 people a year, the Centers for Disease Control and Prevention has said.

The real threat from Asian giant hornets—which are 2 inches (5 centimeters) long—is their devastating attacks on honeybees, which are already under siege from problems like mites, diseases, pesticides and loss of food.

The invasive insect is normally found in China, Japan, Thailand, South Korea, Vietnam and other Asian countries. Washington state and the Canadian province of British Columbia are the only places the hornets have been found on the continent.

The nest was found after the state Agriculture Department trapped some hornets this week and used dental floss to attach radio trackers to some of them.