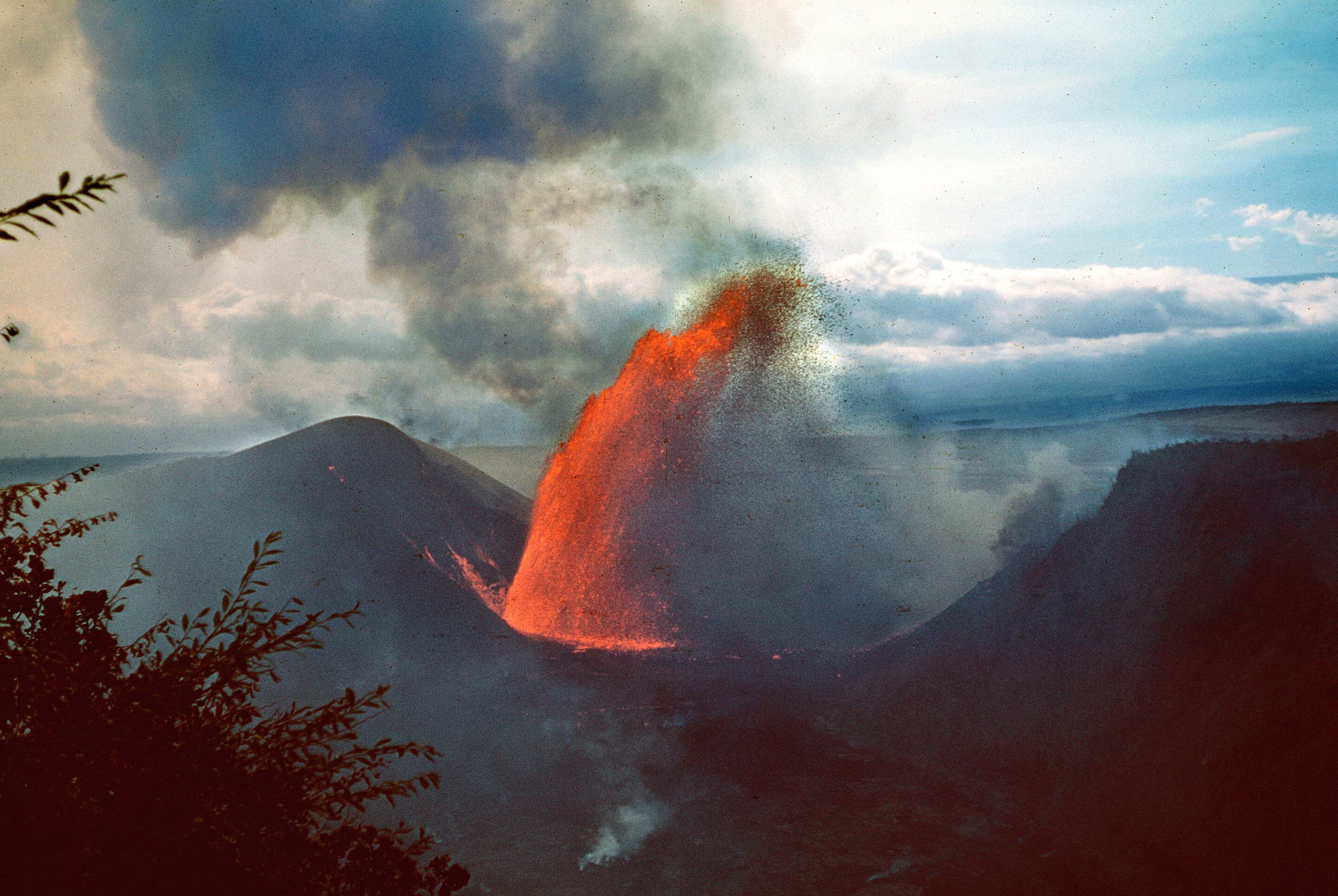 Scientists striving to understand how and when volcanoes might erupt face a challenge: many of the processes take place deep underground in lava tubes churning with dangerous molten Earth. Upon eruption, any subterranean markers that could have offered clues leading up to a blast are often destroyed.

But by leveraging observations of tiny crystals of the mineral olivine formed during a violent eruption that took place in Hawaii more than half a century ago, Stanford University researchers have found a way to test computer models of magma flow, which they say could reveal fresh insights about past eruptions and possibly help predict future ones.

“We can actually infer quantitative attributes of the flow prior to eruption from this crystal data and learn about the processes that led to the eruption without drilling into the volcano,” said Jenny Suckale, an assistant professor of geophysics at Stanford’s School of Earth, Energy & Environmental Sciences (Stanford Earth). “That to me is the Holy Grail in volcanology.”

The millimeter-sized crystals were discovered entombed in lava after the 1959 eruption of Kilauea Volcano in Hawaii. An analysis of the crystals revealed they were oriented in an odd, but surprisingly consistent pattern, which the Stanford researchers hypothesized was formed by a wave within the subsurface magma that affected the direction of the crystals in the flow. They simulated this physical process for the first time in a study published in Science Advances Dec. 4.

“I always had the suspicion that these crystals are way more interesting and important than we give them credit for,” said Suckale, who is senior author on the study.

It was a chance encounter that prompted Suckale to act upon her suspicion. She had an insight while listening to a Stanford graduate student’s presentation about microplastics in the ocean, where waves can cause non-spherical particles to assume a consistent misorientation pattern. Suckale recruited the speaker, then-Ph.D. student Michelle DiBenedetto, to see if the theory could be applied to the odd crystal orientations from Kilauea.

“This is the result of the detective work of appreciating the detail as the most important piece of evidence,” Suckale said.

Along with Zhipeng Qin, a research scientist in geophysics, the team analyzed crystals from scoria, a dark, porous rock that forms upon the cooling of magma containing dissolved gases. When a volcano erupts, the liquid magma—known as lava once it reaches the surface—is shocked by the cooler atmospheric temperature, quickly entrapping the naturally occurring olivine crystals and bubbles. The process happens so rapidly that the crystals cannot grow, effectively capturing what happened during eruption.

The new simulation is based on crystal orientations from Kilauea Iki, a pit crater next to the main summit caldera of Kilauea Volcano. It provides a baseline for understanding the flow of Kilauea’s conduit, the tubular passage through which hot magma below ground rises to the Earth’s surface. Because the scoria can be blown several hundred feet away from the volcano, these samples are relatively easy to collect. “It’s exciting that we can use these really small-scale processes to understand this huge system,” said DiBenedetto, the lead author of the study, now a postdoctoral scholar at the Woods Hole Oceanographic Institution.

In order to remain liquid, the material within a volcano needs to be constantly moving. The team’s analysis indicates the odd alignment of the crystals was caused by magma moving in two directions at once, with one flow directly atop the other, rather than pouring through the conduit in one steady stream. Researchers had previously speculated this could happen, but a lack of direct access to the molten conduit barred conclusive evidence, according to Suckale.

“This data is important for advancing our future research about these hazards because if I can measure the wave, I can constrain the magma flow—and these crystals allow me to get at that wave,” Suckale said.

Monitoring Kilauea from a hazard perspective is an ongoing challenge because of the active volcano’s unpredictable eruptions. Instead of leaking lava continuously, it has periodic bursts resulting in lava flows that endanger residents on the southeast side of the Big Island of Hawaii.

“No one knows when the next episode is going to start or how bad it’s going to be—and that all hinges on the details of the conduit dynamics,” Suckale said.