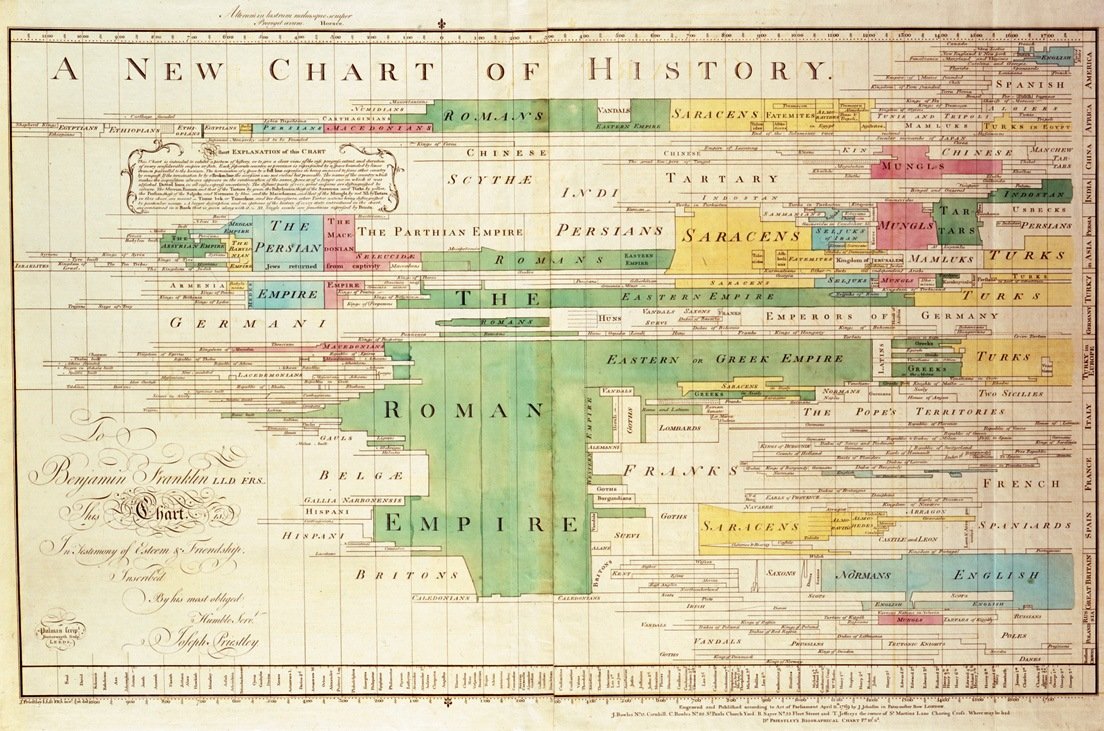 Data visualization is a relatively new field, a recent field that arose as computers and science became better at gathering and finding ways to show data in pretty ways — right?

Turns out that data visualization has been done even before computers, and yes — it was by hand.

Take a look and be amazed at these famous data visualizations from history (done without electronic calculators or handy little programs to make charts for us.)

In 1812, Napoleon tried to conquer Moscow, and suffered terrible defeat. This chart visualizes that campaign and is one of the most famous examples of data visualization from the past.

How to Read It:

Here, you can see the path of Napoleon’s troops.

The line at the bottom of the graph shows the freezing temperature of that time.

Causes of Mortality in the Crimean War

The Crimean War of the 1850s was a war of staggering number of casualties. The main cause, however, was not battle but poor hospital practices. Florence Nightingale, the famous nurse, was also a master at data visualization and made this to show the causes of death.

How to Read It:

Have you ever wanted to see all of history in one chart?
Well, even if you haven’t — here it is. Joseph Priestley made this now famous timeline called “the New Chart of History”. The overlaps between the various timelines (represented by different colors) shows us the existence and influence of major kingdoms, empires, and societies at that time.

Not many people would like to handle trying to map all history into one visualization, but he did so by utilizing color, size, and the y-axis creatively.