Describing the worldviews of the new ‘tech elite’ 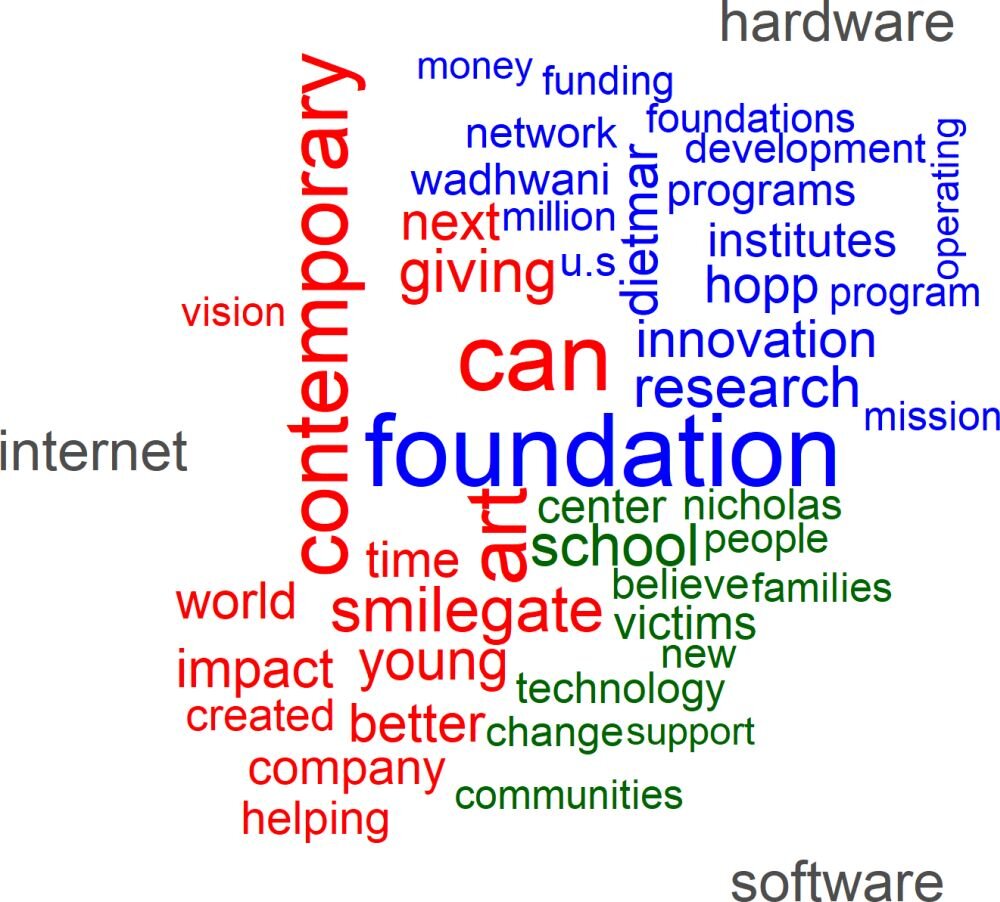 The new tech elite share distinct views setting them apart from other segments of the world’s elite more generally, according to a study published January 20, 2020 in the open-access journal PLOS ONE by Hilke Brockmann from Jacobs University Bremen, Germany, and colleagues.

The global economic landscape over the last half-century is marked by a shift to a high-tech economy, dominated by the “Big Nine” (Amazon, Apple, Facebook, Google, IBM, Microsoft, Alibaba, Baidu, Huawei, and Tencent), computer hardware and software manufacturers, and most recently, app companies. In this study, Brockmann and colleagues investigate the worldviews of the 100 richest people in the tech world (as defined by Forbes).

Though the authors initially approached all 100 of their subjects for a face-to-face interview, only one person agreed. So Brockmann and colleagues turned to the internet to learn more about their subjects in their own words, scraping and analyzing 49,790 tweets from 30 verified Twitter account holders within this tech elite subject group (and the same number of Tweets from a random sample of the general US Twitter-using population for comparison purposes). They also analyzed 60 mission statements from tech elite-run philanthropic websites, plus statements from 17 tech elites and other super-rich elites not associated with the tech world (for comparison purposes) who signed the Giving Pledge, a philanthropic initiative of Warren Buffett and Bill and Melinda Gates.

The Twitter text analyses revealed the Twitter-using tech elite subjects tweeted with a greater emphasis on disruption, positivity, and temporality compared with the average user. Their most frequently used words were “new” and “great” compared to the chattier “just” and “like” as the most common words used by the general users sampled, and they tended to refer much more frequently to their peers and other tech firms. While the authors found no statistically significant differences in whether or not the tech elite Twitter users saw a positive relationship between power and money or power and democracy as compared to the general Twitter sample, they did note that tech elites denied a connection between democracy and money, a belief not shared by the ordinary Twitter users sampled. The philanthropic statements from tech elites who signed the Giving Pledge tended to be on average briefer than those from other wealthy signatories (1796 words VS 2422 words). The tech elite philanthropists also tended to use more similar, meritocratic language as a group, with “education”, “work”, and “social” appearing frequently in their statements along with an emphasis on personal agency, progress and impact. This analysis indicates the tech elite hold a strong positive interest in “making the world a better place”, but the authors note this belief is often frequently espoused by other very rich people as well.

There are several limitations to this research. The authors were not able to trace everyone in their initial 100-person sample for multiple reasons (for instance, Twitter is blocked in China, and many older tech elite do not use Twitter); it’s not possible to rule out that Twitter accounts are managed by professional PR experts (which might presumably affect the language used); and it’s also not clear whether the tech elite denial of a relationship between democracy and money is strategic or an actually-held belief. However, Brockmann and colleagues note that this study may serve as a starting point for future inquiries into this new class of elite, distinct from previous elite groups and continuing to rise in wealth and power as our world’s reliance on technology grows.

The authors add: “The tech elite may be thought of as a ‘class for itself’ in Marx’s sense—a social group that shares particular views of the world, which in this case means meritocratic, missionary, and inconsistent democratic ideology.”