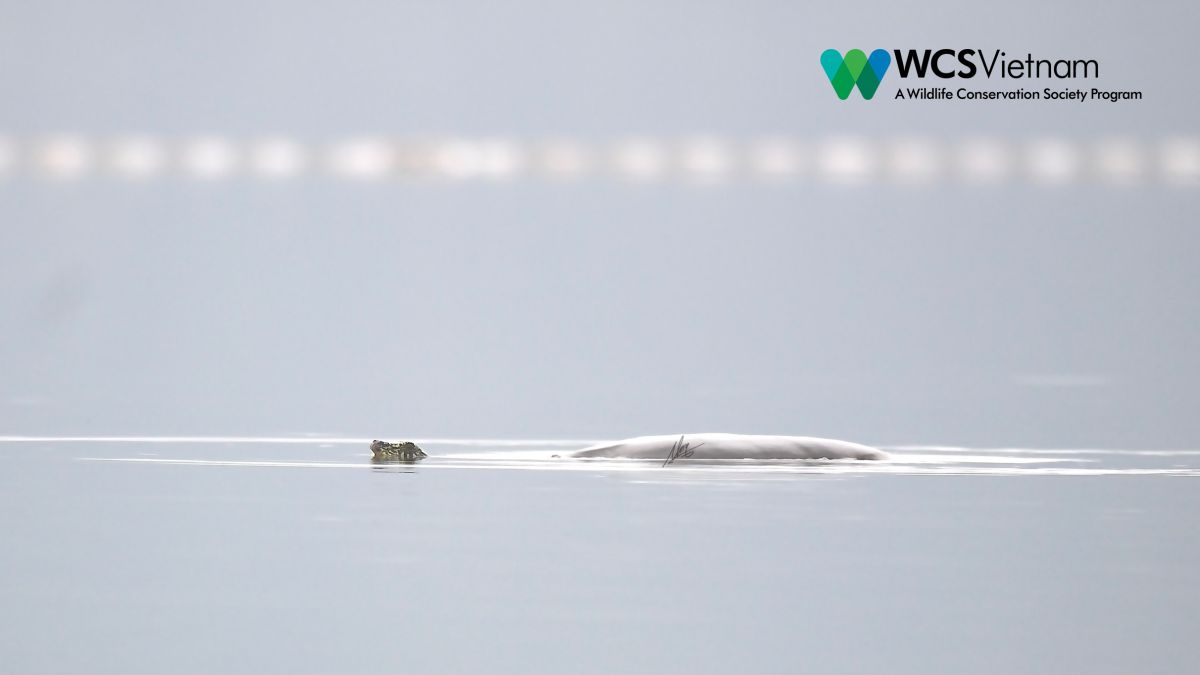 The world’s most endangered turtle species may now have a fighting chance, after a 3-foot-long (1 meter) female — a potential mate for the lone known male of the species — was discovered in Vietnam.

Researchers from the Asian Turtle Program (ATP) of Indo-Myanmar Conservation (IMC) and the Wildlife Conservation Society (WCS) discovered the 182-pound (86 kilograms) turtle in Dong Mo Lake, in Hanoi’s Son Tay district, in October last year. They analyzed genes in her blood and have now confirmed she is a Swinhoe’s softshell turtle (Rafetus swinhoei), making her the second known living member of the species.

They hope that the female will be able to mate with the last known captive male, currently living at Suzhou Zoo in China, and provide a lifeline for this dying species.

Related: This may be the biggest turtle that ever lived

The Swinhoe’s softshell turtles, also known as Yangtze giant softshell turtle and Hoan Kiem turtle, were once abundant in the region; their numbers have dwindled though, as locals killed them for meat and poachers stole their eggs, which were sold in China as traditional medicine, according to The Guardian.

“In a year full of bad news and sadness across the globe, the discovery of this female can offer all some hope that this species will be given another chance to survive,” Hoang Bich Thuy, the director for the WCS in Vietnam, said in a statement.

The last other known female Swinhoe’s softshell turtle died in April 2019 at Suzhou Zoo in China, where she was paired with the male that still resides there today. Unfortunately, the two were unable to naturally reproduce, and she died unexpectedly after being put under anesthesia in an attempt at artificial insemination, according to The Guardian.

The hope is that the new female, which continues to be monitored at Dong Mo Lake, will successfully reproduce with the male or at least be able to survive the artificial insemination procedure that killed her predecessor.

Observers have also spotted another potential Swinhoe’s softshell turtle in Dong Mo Lake, which the researchers believe could be another male due to its larger size. The team has also detected environmental DNA (eDNA) traces, primarily made up of old skin cells left behind in the water, in the nearby Xuan Khanh lake, suggesting the presence of another individual. They are now aiming to catch both in the spring, as water levels drop, and identify their sexes.

“Once we know the sex of the animals in Vietnam, we can make a clear plan on the next steps, hopefully we have a male a female, in which case breeding and recovery of the species becomes a real possibility,” Timothy McCormack, Program Director of the ATP/IMC, said in the statement.