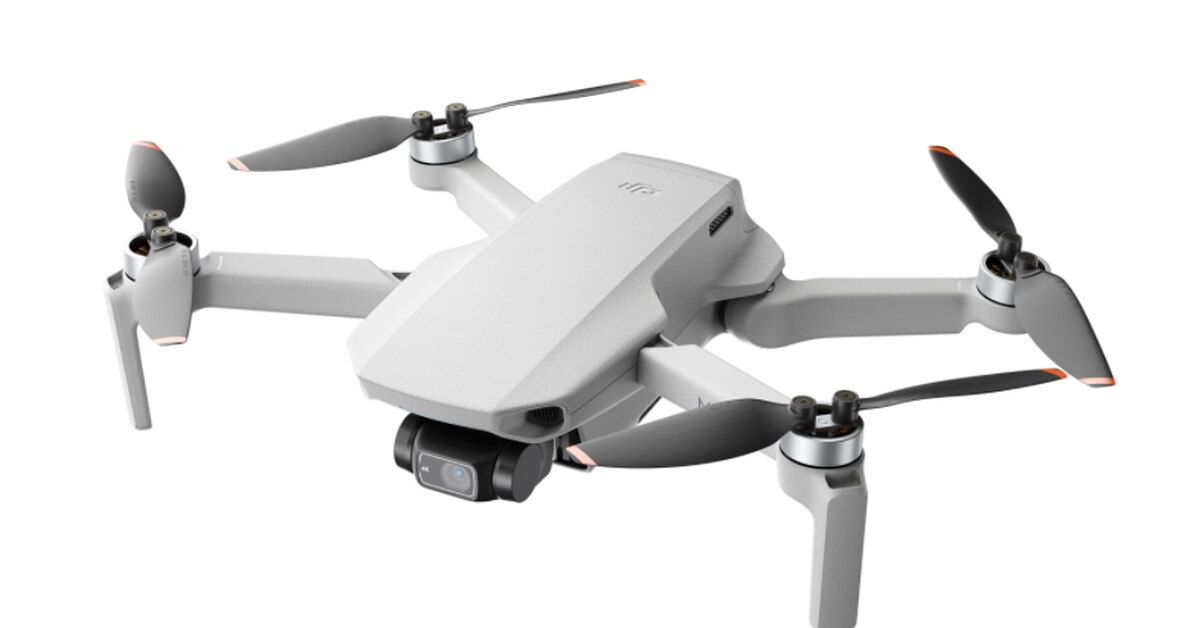 When folded up, DJI’s Mini 2 has a similar footprint to a flagship smartphone. (DJI /)

Importantly, the Mini 2 still checks in under 249 grams, which means you won’t have to register it with the FAA if you want to fly it. Any drone heavier than that requires pilots to file with the agency so it can keep track of the crafts whizzing around  the sky.

The biggest upgrade comes in the form of DJI’s OcuSync connectivity, which replaces the Wi-Fi connection found in the original Mavic Mini. That new connection tech gives the Mini 2 more than double the range of its predecessor, and provides a generally stronger link so there’s less chance you’ll lose the feed while in-flight.

In addition to the connection improvements, the camera has also gotten a bump. The previous model could only shoot 2.7K footage, but the Mini 2 comes up to the familiar 4K at 30 fps, which will fit much nicer into edits in which you mix the drone video in with the  footage shot on your phone or a dedicated camera.

It uses the same controller as the higher-end Mavic Air 2, but you shouldn’t expect the same exact performance. The Air 2 has a whole suite of onboard sensors to look for objects and avoid collisions, whereas the Mini 2 only has sensors on the bottom to help it hover. The camera can still help to guide it, but the Mini 2 will require more caution from a pilot’s perspective.

Once you get comfortable with the controls, however, the Mini 2 does offer serious horsepower. It tops out at just under 36 mph, up from 29 mph in the original Mavic Mini. It’s also more resistant to wind gusts, though flying a craft this small in anything more than a breeze sounds rather stressful to me and my clumsy piloting skills.

You can order it now for $449, but that only gets you one battery. Moving up to the “Fly More” kit gets you three batteries, a carrying case, and a charging hub for powering up. Each battery promises up to 31 minutes of flight time, but that varies considerably  depending on your conditions. If there’s any kind of wind happening, you can expect to get noticeably less than that.

I typically always recommend people get the extra battery kit if they plan to fly it with any regularity—because that charge goes by quickly when you’re trying to capture the perfect shot or just cruising around the local skies.