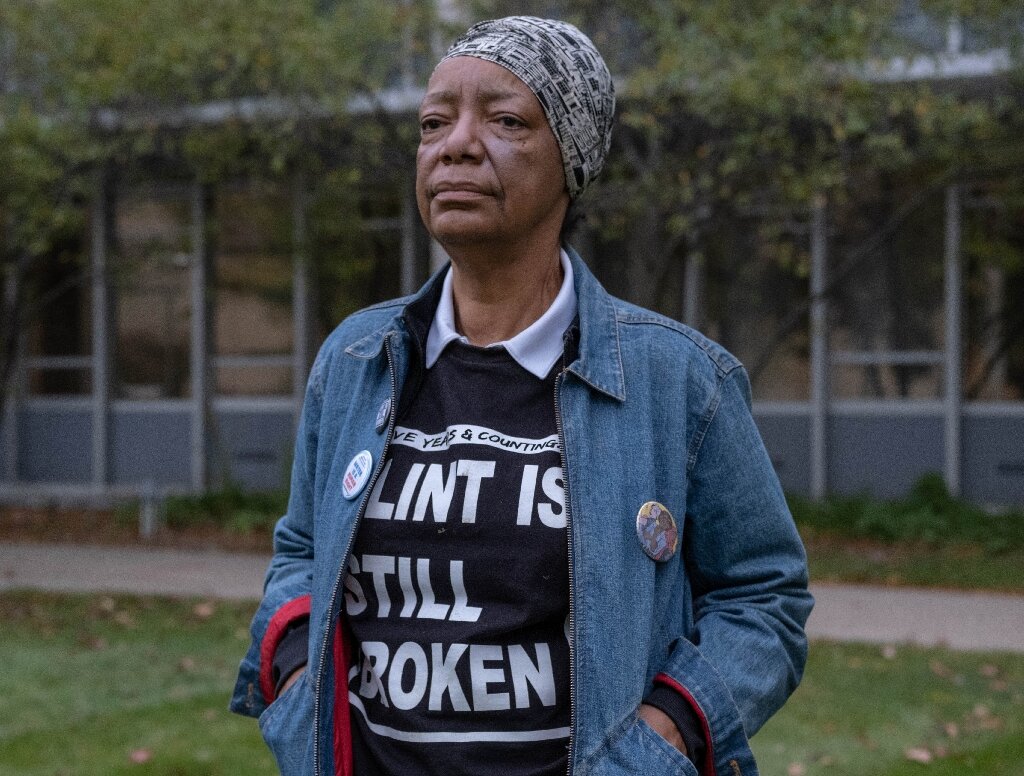 On a Tuesday morning this month, blocks and blocks of cars waited near a church in the eastern part of the Midewestern city to receive value packs of bottled water.

These giveaways still happen three days a week, some six years after residents began complaining that a decision to supply the city from the Flint River was making them sick.

“We’re still leery of drinking the water,” said Cleophus Mooney as he waited in his car to collect his week’s supply. “We’ll still drink the bottled water until somebody high up says, ‘It’s okay to drink the water.'”

“Sometimes the water still smells like a sewer and sometimes it has flecks in it,” said activist JoJo Freeman, whose daughter still breaks out in hives after a shower.

Official statements from government bodies offer reassurance—up to a point.

A city spokeswoman said more than 90 percent of the service lines have been replaced as part of the push to “get the lead out.”

The US Environmental Protection Agency (EPA) says it is safe to wash hands and bathe with unfiltered water, but urges against cooking or brushing teeth with it. Like the state, the EPA also urges use of a filter.

“Do not drink unfiltered water. It’s not safe!” the federal agency says on its website.

Activist Claire McClinton recognizes that the water has improved from earlier, but “we have not been shown the evidence we need to believe the water is safe,” she said.

Continued doubts about the water come as Michigan officials have taken steps to compensate the low-income city, unveiling a preliminary agreement in August to provide $600 million to claimants.

About 80 percent was to go to children. Young children are considered epecially vulnerable because lead exposure can damage the brain and nervous system. Water pollution has also been linked to an outbreak of Legionnaires’ disease that killed at least 12 people.

Additional defendants, including the EPA and private companies involved in the debacle, could join the settlement, potentially increasing the payouts, said Corey Stern, a parter at Levy Konigsberg, who helped negotiate the deal.

“I don’t think there’s any safety issues currently with the water,” said Stern, who says he understands why people are skeptical.

“There’s obviously distrust amongst my clients towards the government,” Stern said.

The settlement—which has been met with mixed reactions in Flint—resolves thousands of civil claims against Michigan.

Less clear is the status of criminal probes against top state officials who orchestrated the shift in water supply and downplayed or misled the public about the health implications.

A Nessel spokeswoman said the criminal probe is ongoing.

Many activists remain unsatisfied, saying the state should do more to compensate victims, including fully reimbursing people for all damage to their homes and replacing piping that was damaged by contaminated water.

“It’s like an insult,” Nayirrah Shariff of the group Flint Rising said of the $600 million settlement, adding that there should be lifetime health benefits for victims of the water crisis.

“There is no clear pathway for trust,” said Kent Key, a researcher and activist at Michigan State University. “We have not seen justice,” Key told AFP, adding that no high-ranking officials have been held accountable over the crisis.

Spike in Legionnaire’s disease in Michigan, amid water crisis