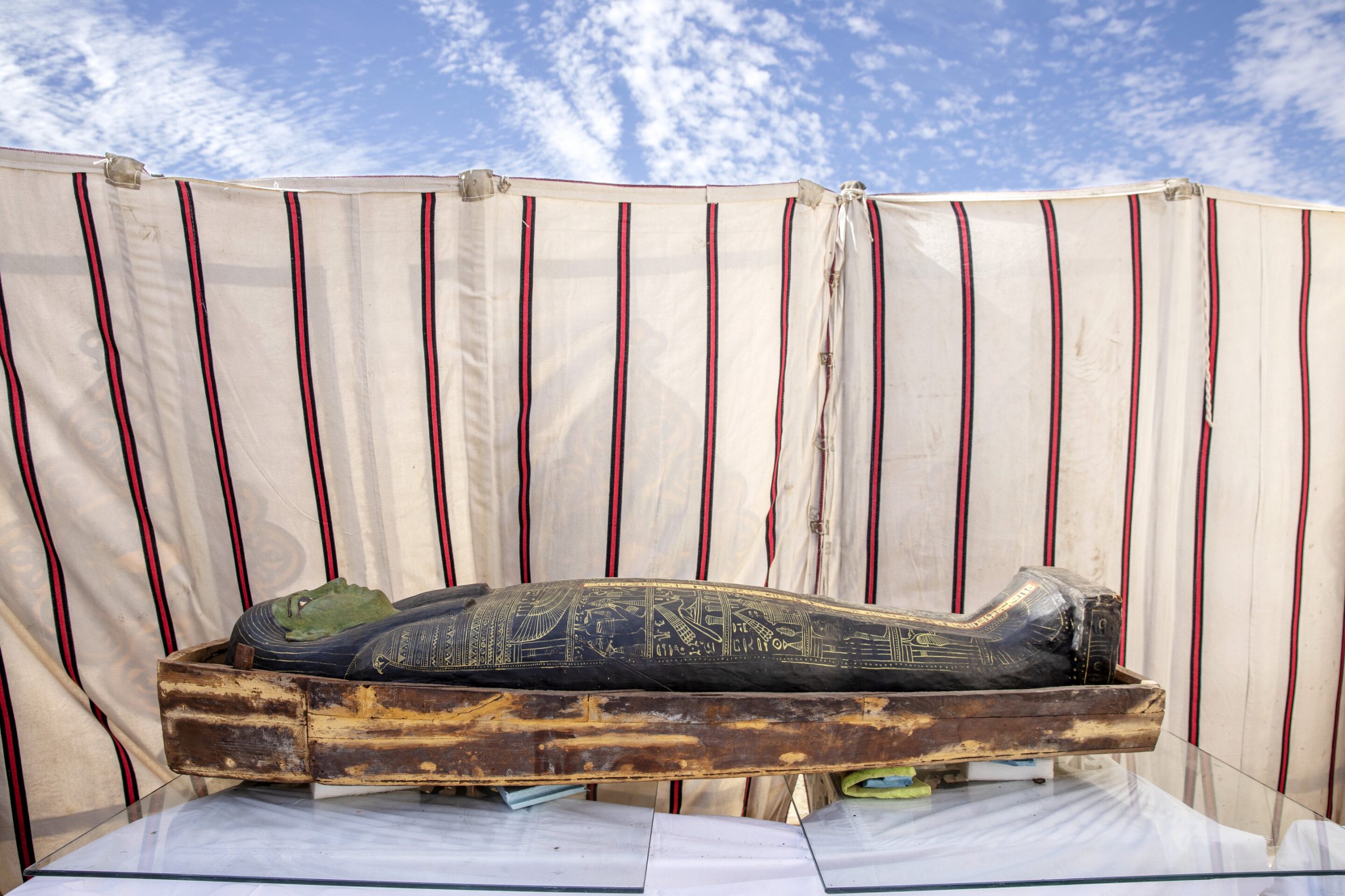 Hawass told reporters at the Saqqara necropolis that archaeologists unearthed the temple of Queen Neit, wife of King Teti, the first king of the Sixth Dynasty that ruled Egypt from 2323 B.C. till 2150 B.C.

Archaeologists also found a 4-meter (13-foot) long papyrus that includes texts of the Book of the Dead, which is a collection of spells aimed at directing the dead through the underworld in ancient Egypt, he said.

Hawass said archaeologists also unearthed burial wells, coffins and mummies dating back to the New Kingdom that ruled Egypt between about 1570 B.C. and 1069 B.C.

They unveiled at least 22 burial shafts up to 12 meters (40 feet) deep, with more than 50 wooden coffins dating back to the New Kingdom, said Hawass, who is Egypt’s best known archaeologist.

Hawass, known for his Indiana Jones hat and TV specials on Egypt’s ancient sites, said work has been done at the site close to the Pyramid of Teti for over a decade.

The discovery was the result of cooperation between the Antiquities Ministry and the Zahi Hawass Center at the Bibliotheca Alexandrina.

The Saqqara site is part of the necropolis at Egypt’s ancient capital of Memphis that includes the famed Giza pyramids as well as smaller pyramids at Abu Sir, Dahshur and Abu Ruwaysh. The ruins of Memphis were designated a UNESCO World Heritage site in 1970s.

In recent years, Egypt has heavily promoted new archaeological finds to international media and diplomats in the hope of attracting more tourists to the country.

The vital tourism sector suffered from years of political turmoil and violence that followed a 2011 uprising that toppled autocrat Hosni Mubarak.