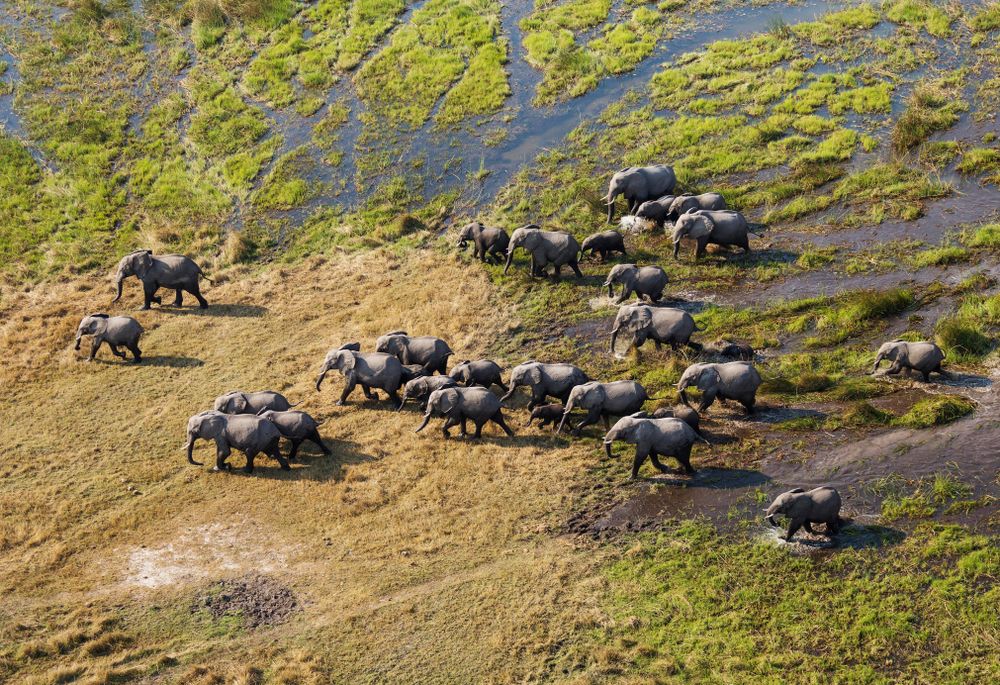 African elephants are the first animals to be successfully counted from space while moving through a complicated landscape that ranged from open grasses to forests.

Researchers combined high-resolution images captured 372 miles (600 kilometers) above Earth’s surface by the satellites Worldview 3 and 4, along with deep computer learning to count the number of elephants in Addo Elephant National Park in South Africa.

Typically, conservationists do this from low-flying planes in order to count and monitor African elephants (Loxodonta africana), a method that takes many hours. With the new technique that combines satellite imagery with artificial intelligence, up to 3,100 square miles (5,000 square kilometers) can be surveyed on a single blue-sky day in minutes. Then, the researchers’ deep-learning computer algorithms analyze those images and pick out individual elephants. The results of this new proof-of-concept study showed the AI was as accurate as the human eye at spotting each elephant.

“While this is a proof of concept, it’s ready to go,” lead study author Isla Duporge, a zoologist at the University of Oxford in the U.K., told the BBC. “And conservation organizations are already interested in using this to replace surveys using aircraft.”

Related: The most surprising elephant relatives on Earth

The new technique is a key part of ensuring the survival of this species, which is listed as “vulnerable to extinction” by the IUCN Red List, the world’s leading database surrounding extinction threats to wildlife created by the International Union for Conservation of Nature (IUCN). Due to poaching and habitat destruction, just 415,000 African elephants roam the wild, according to the World Wildlife Fund (WWF).

“Accurate monitoring is essential if we’re to save the species,” Olga Isupova, a computer scientist at the University of Bath in the U.K. who wrote the deep learning algorithms used in the study, said in a statement. “We need to know where the animals are and how many there are.”

What really makes this study stand apart from other satellite-tracking projects is how successful the computer program was at picking out the elephants from their complex backgrounds — known in ecology as heterogeneous landscapes — including grasslands and partially tree-covered savannah.

“This type of work has been done before with whales, but of course the ocean is all blue, so counting is a lot less challenging,” Isupova said in the statement.

Satellite imagery is a much more efficient survey method than the current flyover surveys carried out. Most importantly, it is faster and avoids double-counting the same elephants. The remote survey also reduces the impact researchers have on the animals and allows them to count individuals moving between countries, something that can be tricky to do from planes due to strict border control and areas of conflict, according to the statement.

It is also a survey method that will only get better with time.

“Satellite imagery resolution increases every couple of years, and with every increase, we will be able to see smaller things in greater detail,” Isupova said in the statement.

As satellite imaging improves other smaller species may soon be able to be counted from space too.

The study was published online Dec. 23, 2020, in the journal Remote Sensing in Ecology and Conservation.