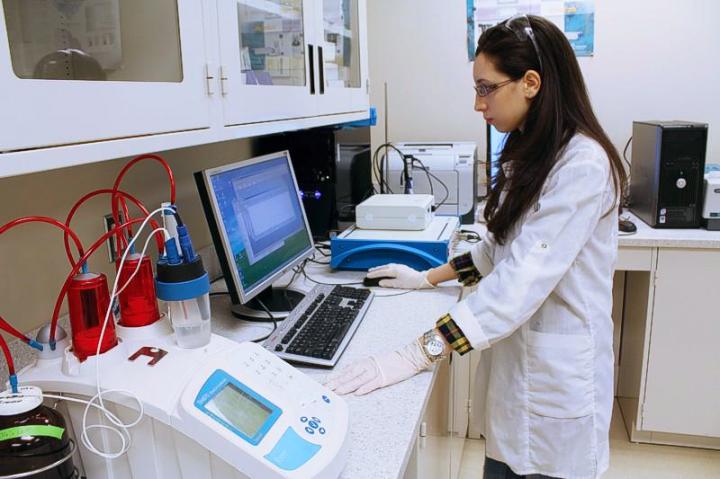 A research team from the Institut national de la recherche scientifique (INRS) has developed a process for the electrolytic treatment of wastewater that degrades microplastics at the source. The results of this research have been published in the Environmental Pollution journal.

Wastewater can carry high concentrations of microplastics into the environment. These small particles of less than 5 mm can come from our clothes, usually as microfibers. Professor Patrick Drogui, who led the study, points out there are currently no established degradation methods to handle this contaminant during wastewater treatment. Some techniques already exist, but they often involve physical separation as a means of filtering pollutants. These technologies do not degrade them, which requires additional work to manage the separated particles.

Therefore, the research team decided to degrade the particles by electrolytic oxidation, a process not requiring the addition of chemicals. “Using electrodes, we generate hydroxyl radicals (* OH) to attack microplastics. This process is environmentally friendly because it breaks them down into CO2 and water molecules, which are non-toxic to the ecosystem,” explains the researcher. The electrodes used in this process are more expensive than iron or steel electrodes, which degrade over time, but can be reused for several years.

Professor Drogui envisions the use of this technology at the exit of commercial laundries, a potential source of microplastics release into the environment. “When this commercial laundry water arrives at the wastewater treatment plant, it is mixed with large quantities of water, the pollutants are diluted and therefore more difficult to degrade. Conversely, by acting at the source, i.e., at the laundry, the concentration of microplastics is higher (per litre of water), thus more accessible for electrolytic degradation,” explains the specialist in electrotechnology and water treatment.

Laboratory tests conducted on water artificially contaminated with polystyrene showed a degradation efficiency of 89%. The team plans to move on to experiments on real water. “Real water contains other materials that can affect the degradation process, such as carbonates and phosphates, which can trap radicals and reduce the performance of the oxidation process,” says Professor Drogui, scientific director of the Laboratory of Environmental Electrotechnologies and Oxidative Processes (LEEPO).

If the technology demonstrates its effectiveness on real commercial laundry water, the research group intends to conduct a study to determine the cost of treatment and the adaptation of the technology to treat larger quantities of wastewater. Within a few years, the technology could be implemented in laundry facilities.

INRS is a university dedicated exclusively to graduate level research and training. Since its creation in 1969, INRS has played an active role in Quebec’s economic, social, and cultural development and is ranked first for research intensity in Quebec and in Canada. INRS is made up of four interdisciplinary research and training centres in Quebec City, Montreal, Laval, and Varennes, with expertise in strategic sectors: Eau Terre Environnement, Énergie Matériaux Télécommunications, Urbanisation Culture Société, and Armand-Frappier Santé Biotechnologie. The INRS community includes more than 1,400 students, postdoctoral fellows, faculty members, and staff.