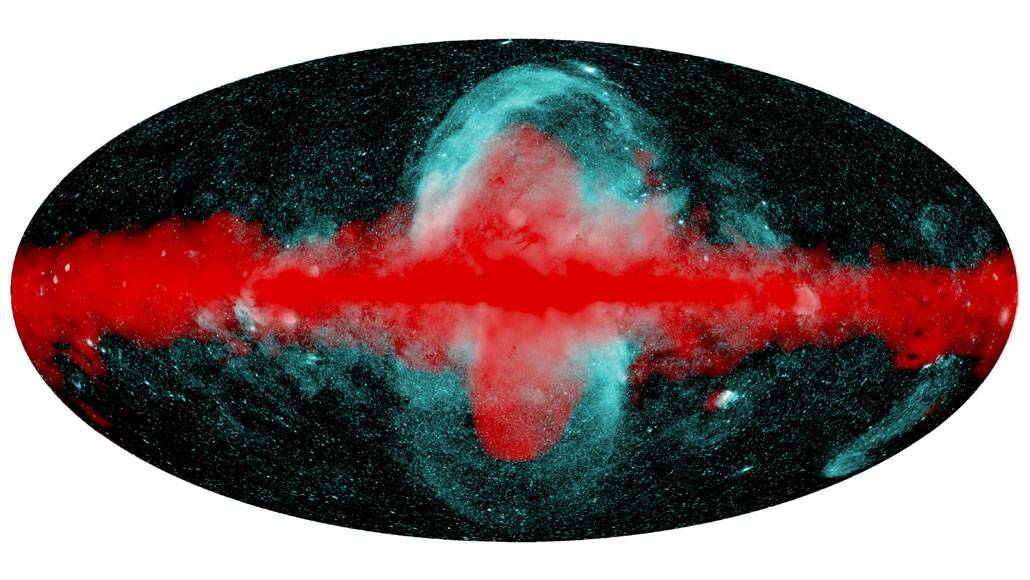 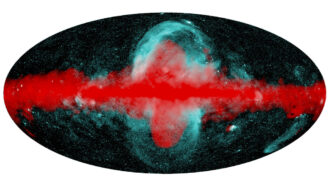 Two giant, mysterious bubbles spew from the Milky Way’s heart, and now it appears the bubbles may have doubles.

Scientists have known for a decade that two bubbles of charged particles, or plasma, flank the plane of the Milky Way. Those structures, known as the Fermi bubbles after the telescope that detected them, are visible in high-energy light called gamma rays (SN: 11/9/10). But now, the eROSITA X-ray telescope has revealed larger bubbles, seen in X-rays. The X-ray bubbles extend about 45,000 light-years above and below the center of the galaxy, researchers report online December 9 in Nature.

Previously, researchers had seen an X-ray arc above the galactic plane (SN: 7/8/20). But no such feature was evident below the plane of the galaxy. That lack of symmetry led some scientists to discount the possibility of X-ray bubbles. With the new results, “this argument now has fallen,” says study coauthor Andrea Merloni, an astronomer at the Max Planck Institute for Extraterrestrial Physics in Garching, Germany. The eROSITA data reveal a faint and previously unknown bubble below the galactic plane, and a matching bubble above. The gamma-ray bubbles are nested inside the X-ray bubbles, suggesting that the two features are connected, says Merloni.