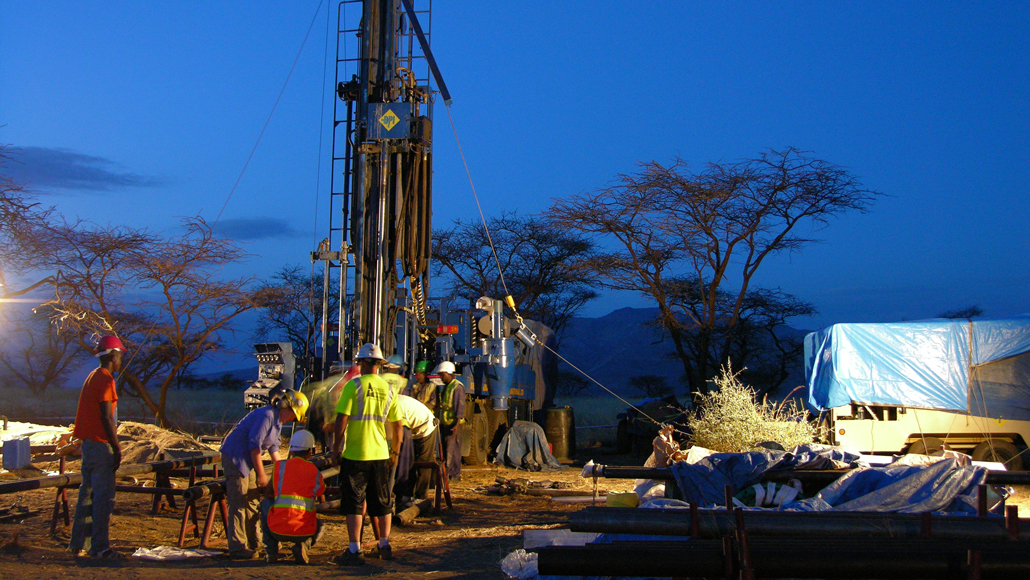 An unforgiving environmental twist deserves at least some credit for the behavioral flexibility that has characterized the human species since our African origins around 300,000 years ago, a new study suggests.

For hundreds of thousands of years in parts of East Africa, food and water supplies remained fairly stable. But new evidence shows that starting about 400,000 years ago, hominids and other ancient animals in the region faced a harsh environmental reckoning, says a team led by paleoanthropologist Rick Potts of the Smithsonian Institution in Washington, D.C.

The climate began to fluctuate dramatically. Faults caused by volcanic eruptions fractured the landscape and reduced the size of lakes. Large animals died out and were replaced by smaller creatures with more diverse diets. These changes heralded a series of booms and busts in the resources hominids needed to survive, Potts and his colleagues report October 21 in Science Advances.

Around that time, hominids at a site called Olorgesailie in what’s now Kenya transformed their culture. That shift, between around 500,000 and 320,000 years ago, was probably influenced by increasingly unpredictable periods of water and food scarcity, the scientists contend.

Stone hand axes and other cutting tools made of local stone had dominated African toolkits for 700,000 years before that transition occurred. After that, Middle Stone Age tools, such as spearpoints made from rock imported from distant sources, gained popularity, Potts’ team has previously found (SN: 3/15/18). Middle Stone Age tools were smaller and more carefully crafted implements. Widely scattered hominid groups began to trade with one another to obtain suitable toolmaking rock and other resources.

Potts has long argued that Olorgesailie hominids evolved genetically and behaviorally to handle frequent climate shifts, a process dubbed variability selection (SN: 7/12/97). But the new study indicates that ancient humans adapted to a number of environmental forces, not just climate fluctuations, he says.

“A cascade of ancient ecological changes led to alternating periods of resource abundance and scarcity, likely helping to make us the most adaptable [hominid] species that ever existed,” Potts says.

Erosion at Olorgesailie has destroyed sediment layers dating to the Middle Stone Age transition. So the researchers hired a Kenyan company to drill as deeply as possible in the Koora basin, located about 24 kilometers south of Olorgesailie. Dating of the 139-meter-long extracted core found that the sediments spanned much of the last 1 million years, making it the best environmental record of that time period for anywhere in Africa, Potts says.

Vegetation changes followed. Shifts back and forth from grassy plains to forests denied large animals, such as elephants, regular access to former grazing areas. Faults in the landscape also reduced the size of any available grazing areas. As Potts’ team has previously found, smaller animals with diverse diets, including antelopes and pigs, became prominent at Olorgesailie during the Middle Stone Age. Stone tools at that time may have been tailored for hunting and processing smaller prey, the researchers say.

Booms and busts in resource availability during the Middle Stone Age each generally lasted for a few thousand years, based on evidence from the Koora sediment core, Potts says. That time resolution is a big improvement over previous studies that used global climate data to reconstruct ancient African environmental changes that occurred over tens of thousands of years, says archaeologist and paleoanthropologist Manuel Will of the University of Tübingen in Germany, who did not participate in the new investigation.

Pott and colleagues’ findings “provide the best evidence yet for a link between environmental changes in East Africa and the spread of Middle Stone Age technology and increased mobility across the landscape,” says paleoanthropologist Chris Stringer of the Natural History Museum in London. Although it’s still unclear where in Africa — as well as when and by whom — Middle Stone Age tools were invented, early humans would have found such implements invaluable for adapting to environmental disruptions, Stringer says.

Olorgesailie’s Middle Stone Age boom-and-bust scenario may not apply to other parts of Africa where spearpoints and related implements didn’t appear until later, cautions archaeologist Lyn Wadley of the University of the Witwatersrand in Johannesburg. In those settings, Middle Stone Age tools may have proven useful even for groups that enjoyed relatively stable water and food sources.