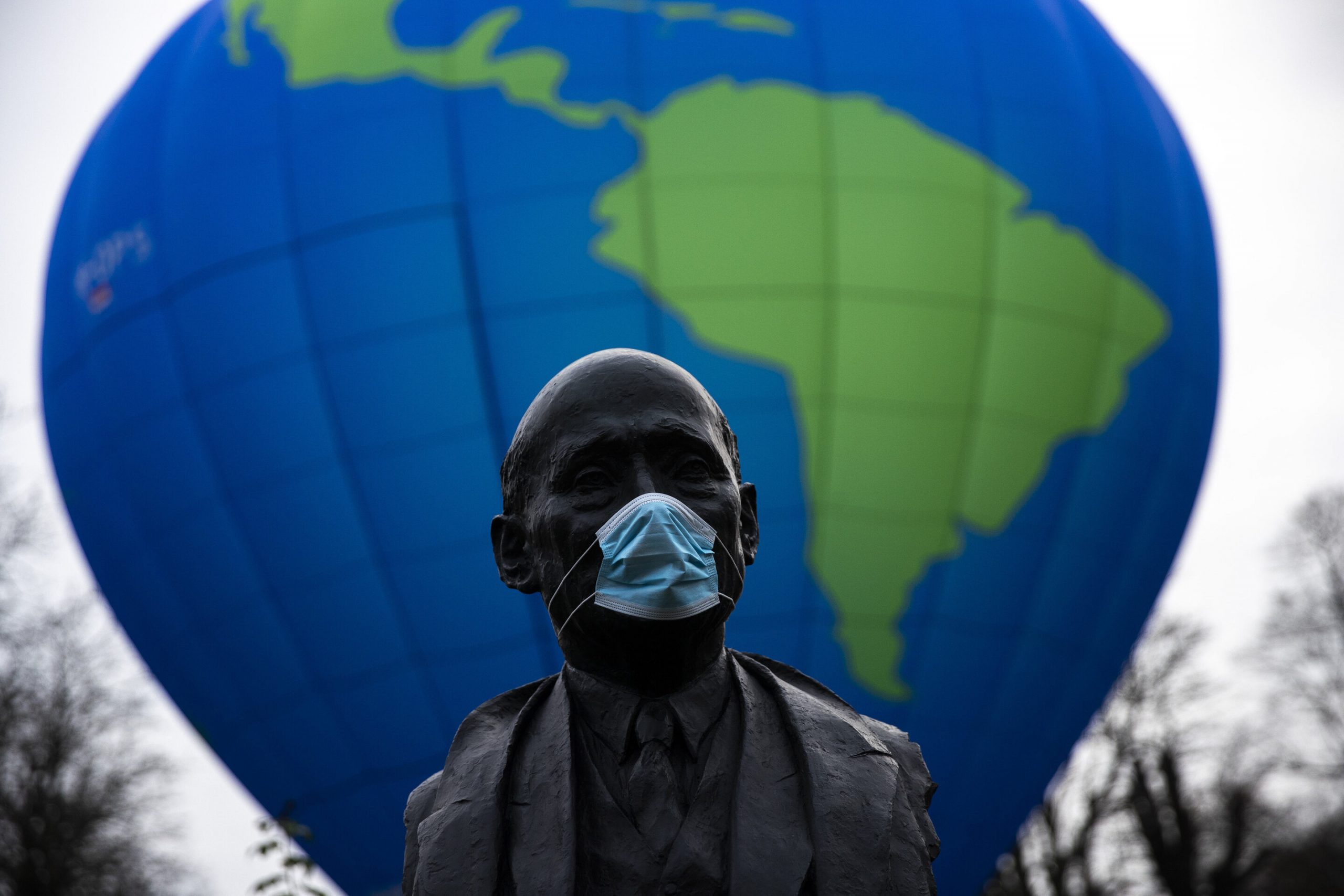 European Union leaders reached a hard-fought deal Friday to cut the bloc’s net greenhouse gas emissions by at least 55% by the end of the decade compared with 1990 levels, avoiding a hugely embarrassing deadlock ahead of a U.N. climate meeting this weekend.

Following night-long discussions at their two-day summit in Brussels, the 27 member states approved the EU executive commission’s proposal to toughen the bloc’s intermediate target on the way to climate neutrality by mid-century, after a group of reluctant, coal-reliant countries finally agreed to support the improved goal.

“Europe is the leader in the fight against climate change,” tweeted EU Council president Charles Michel as daylight broke over the EU capital city. “We decided to cut our greenhouse gas emissions of at least 55% by 2030.”

German Chancellor Angela Merkel said the 21-hour summit during which the climate debate was a constant worry, had much to show for it. “It was worth having a sleepless night,” she said.

“It’s a very welcome announcement, one that inscribes itself in the efforts the secretary-general has called on member states, the groups of member states, to take,” Dujarric said.

Five years after the Paris agreement, the EU wants to be a leader in the fight against global warming. Yet the bloc’s leaders were unable to agree on the new target the last time they met in October, mainly because of financial concerns by eastern nations seeking more clarity about how to fund and handle the green transition.

But the long-awaited deal on a massive long-term budget and coronavirus recovery clinched Thursday by EU leaders swung the momentum.

Large swaths of the record-high 1.82 trillion-euro package are set to pour into programs and investments designed to help the member states, regions and sectors particularly affected by the green transition, which are in need of a deep economic and social transformation. EU leaders have agreed that 30% of the package—some 550 billion euros—should be used to support the transition.

Still, agreeing on common language was not an easy task. Negotiations were punctuated throughout the night by intense discussions in the plenary session and multiple chats in smaller groups on the sidelines.

Another delay in revising the EU’s current 40% emission cuts objective for 2030 would have been particularly embarrassing before the virtual Climate Ambition Summit marking five years since the Paris deal, and leaders worked to the wire to seal a deal.

The event on Saturday will be co-hosted by the U.K. with the United Nations and France.

French President Emmanuel Macron praised “a major signal” that will enable EU leaders “to bring in our wake our big international partners, especially the United States and China.”

British Prime Minister Boris Johnson announced last week he wants the U.K. to cut greenhouse gas emissions by at least 68% from 1990 levels by 2030—a more ambitious goal than the EU’s.

Poland, which last year didn’t commit to the EU’s 2050 climate neutrality goal, and other eastern countries, including the Czech Republic and Hungary, largely depend on coal for their energy needs. They considered it unfair that all member states should be submitted to the same ambition without considering their respective energy mixes.

To win their approval, member states agreed that the new target should be delivered collectively. According to the Belgian Prime minister’s office, “leaders agreed that the cuts will be first achieved in sectors and countries where there is still plenty of room for improvement.”

In addition, the European Commission will take into account specific national situations when drawing up the measures. A progress report will be submitted to the European Council in the spring.

The accord also left the door open to member states to use gas or nuclear power as they drop fossil fuels. EU leaders agreed last year that nuclear energy would be part of the bloc’s solution to making its economy carbon neutral, and they reiterated Friday that they would respect member states’ rights to decide on their energy mix and to choose the most appropriate technologies to reach the goal.

According to a French official who was not authorized to speak publicly about the meeting, Poland also obtained guarantees that the EU’s Emissions Trading System—a cap-and-trade scheme for industries to buy carbon credits covering about 40% of the EU’s greenhouse gas emissions—would be revamped. Poland wants the reform of the system to redirect more revenues to the poorer EU countries.

World leaders agreed five years ago in Paris to keep the global warming increase to below 2 degrees Celsius (3.6 degrees Fahrenheit), and ideally no more than 1.5 degrees C (2.7 degrees F) by the end of the century. Under the Paris accord, countries are required to submit updated climate targets by the end of this year.

Greenpeace and other environmental groups have said the improved EU target is insufficient to properly tackle climate change.

“To increase the chances of limiting global heating to 1.5°C and avoid the worst effects of climate breakdown, Greenpeace is calling for at least a 65% cut in EU emissions from polluting sectors by 2030,” the NGO said.

“As the Commission indicates itself in its 2030 Climate Target Plan, if the EU is successful in implementing the Commission’s biodiversity, carbon removals could represent up to 5% of emissions. In this case the real emissions reduction target would be as low as 50%,” the NGO said.

EU leaders also encouraged the commission to propose a carbon tax at the bloc’s borders for countries that did do not regulate CO2 emissions as strictly as the EU does.