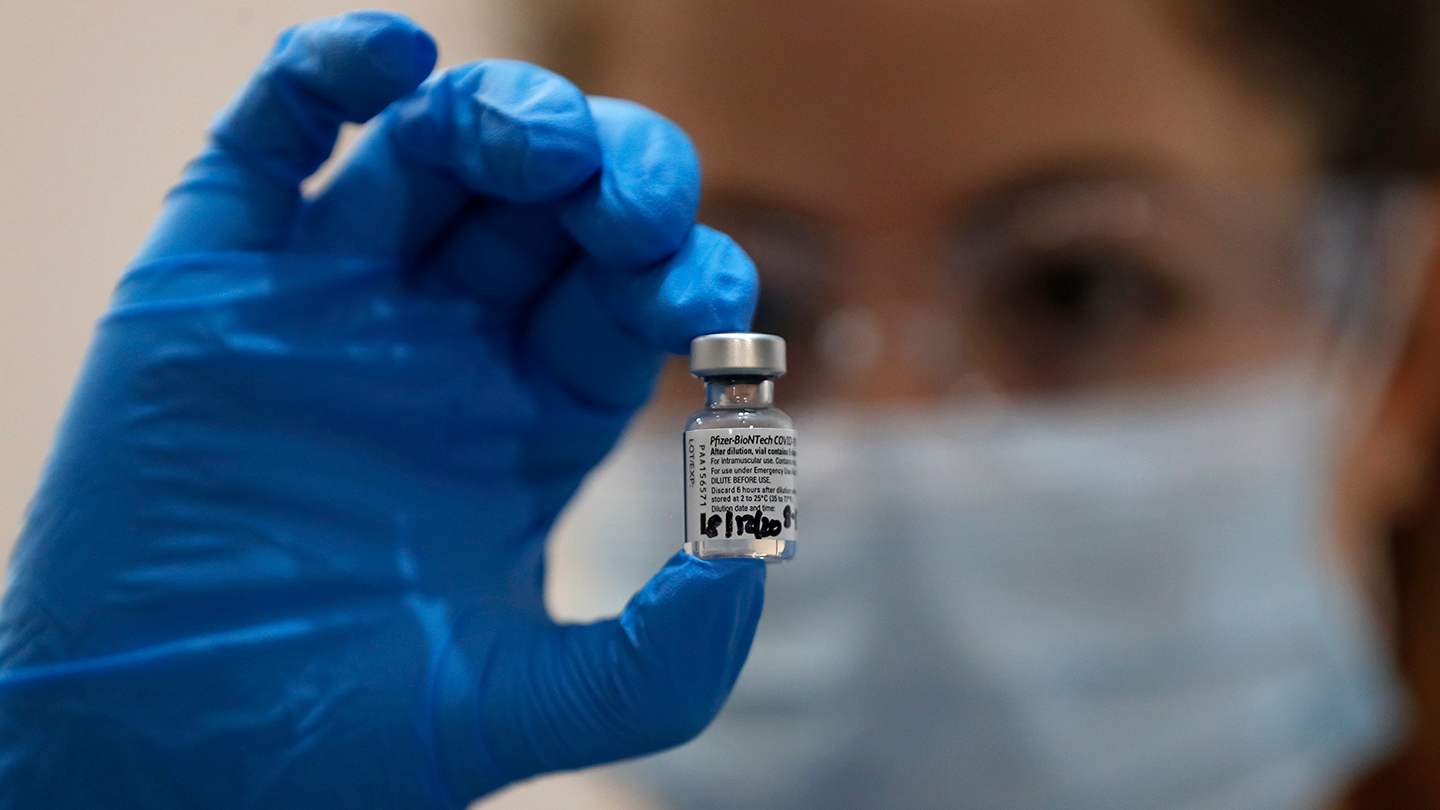 The benefits of Pfizer-BioNTech’s COVID-19 vaccine outweigh its risks for emergency use in those 16 and older in the United States, a panel of vaccine experts told the Food and Drug Administration on December 10.

The recommendation followed a daylong meeting the panel, the Vaccines and Related Biological Products Advisory Committee, held to discuss data collected from clinical trials of the vaccine involving more than 40,000 people. The panel overwhelmingly voted to allow emergency use of the vaccine, with some members voting no, mostly on the grounds that there isn’t enough data on 16- and 17-year-olds to say whether the vaccine carries more benefit than risk for teens who are at relatively low risk of severe disease and death.

Though not binding, the panel’s recommendations are often taken by the FDA. The agency must now decide whether to authorize the vaccine for emergency use, a decision that could be made as soon as the next few days.

In clinical trials, the vaccine was about 95 percent effective at keeping vaccinated people from getting ill, Pfizer reported, confirming data the company had already released. The company had also indicated that the vaccine could protect against severe illness.

But there were not enough severe cases in the trials to make that determination, some experts not involved in the trials said at the meeting. Others argued that other vaccines that prevent milder illness also prevent severe illnesses and that the data suggest the Pfizer vaccine can also help stave off the worst complications.

It’s not yet known to what extent the vaccine can also prevent infection or keep infected people from passing the virus on to others (SN: 12/8/20). Pfizer said December 10 that it is measuring antibodies in participant’s blood to determine whether there have been asymptomatic infections among the vaccinated group, which could help answer those questions.

If the vaccine is rolled out to the public, the company also plans to do studies in health care workers and military families to reveal more about how the vaccine works.

Data from the vaccine’s clinical trials indicate that the vaccine is safe. Several side effects include fever, headache, arm soreness, pain at the injection site and a feeling of being rundown, all of which could be unpleasant, but are common reactions to vaccines approved for other diseases.

Given COVID-19’s potential deadliness, “the vaccine is a very good trade-off in terms of benefits and risks,” says Marm Kilpatrick, an infectious diseases researcher at the University of California, Santa Cruz, who wasn’t involved in the meeting.

“But the side effects [seen in the trials] are substantial enough that it will be very important to communicate clearly about them prior to giving the shot or else many folks won’t want a second dose, and some will be scared off by hearing peoples’ experiences.”

In the United Kingdom, two people have had serious allergic reactions after getting the vaccine since its rollout there, which began December 8. That prompted health officials there to recommend that people with “significant allergies” that trigger anaphylaxis not take the vaccine.

FDA’s analysis showed that people in the Pfizer vaccinated group were slightly more likely to have allergic reactions than those in the placebo group, officials said at the meeting. In the trial, 137 people in the vaccine group reported an allergy-like reaction while 111 in the placebo group did. The agency has asked Pfizer for more data and additional monitoring of allergies.

Another possible concern is that four people in the vaccine group developed a neurological condition called Bell’s palsy, while there were no cases in the placebo group. The incidence of the disorder, which causes a temporary weakness or paralysis in muscles of the face, was not greater than in the general population. But the FDA said they would be carefully monitoring for that potential side effect if the vaccine gets the go-ahead.

Those unusual reactions raise questions about whether the vaccine might cause very rare side effects not seen in the clinical trials. Some side effects may come to light only once millions instead of thousands of people have been vaccinated.

The committee also debated whether to vaccinate people in the clinical trials who got a placebo. In its report released December 8, the FDA said that people who got the placebo would not be eligible to now get the vaccine while it is still under emergency use authorization. That’s because giving the vaccine would erase the comparison group and make it difficult to determine whether the vaccine is effective and safe in the long run.

But withholding the vaccine from people at risk of COVID-19 complications may be considered unethical or irresponsible. Pfizer has proposed keeping the trial going, but to offer the vaccine to placebo group participants over time when they would normally become eligible for it, based on availability, had they not joined the study.

A CDC advisory panel has recommended that health care workers and people living in nursing homes should be the first to get the vaccine, if authorized (SN: 12/1/20). But it will be up to states to work out the details of exactly who gets it and when.

The committee also discussed potential pitfalls with the vaccine’s rollout. It’s known that the vaccine, which requires two doses, has to be kept frozen at –70° Celsius to maintain its effectiveness (SN: 11/20/20). That unique requirement could make for tricky logistics when distributing the vaccine (SN: 12/3/20).

But the vaccine also has to be mixed differently from other vaccines, and must be administered within six hours of dilution, Anita Patel, senior adviser with the CDC’s Pandemic Medical Care and Countermeasures program said during the meeting. That could have a learning curve and might result in the loss of some doses if the vaccine isn’t handled properly.

Medical personnel also have to get special training about how to open and close the shipping containers to avoid prematurely thawing the vaccine. A minimum order of the vaccine, which includes 975 doses, may cause problems in rural areas that aren’t set up to distribute that much vaccine quickly, Patel said.

The committee’s guidance comes as numbers of COVID-19 cases, hospitalizations and deaths have been rising at alarming rates in the country. The United States recorded more than 3,000 COVID-19 deaths on December 9, a new daily record.

A similar vaccine made by biotechnology company Moderna will undergo review by the advisory committee on December 17.