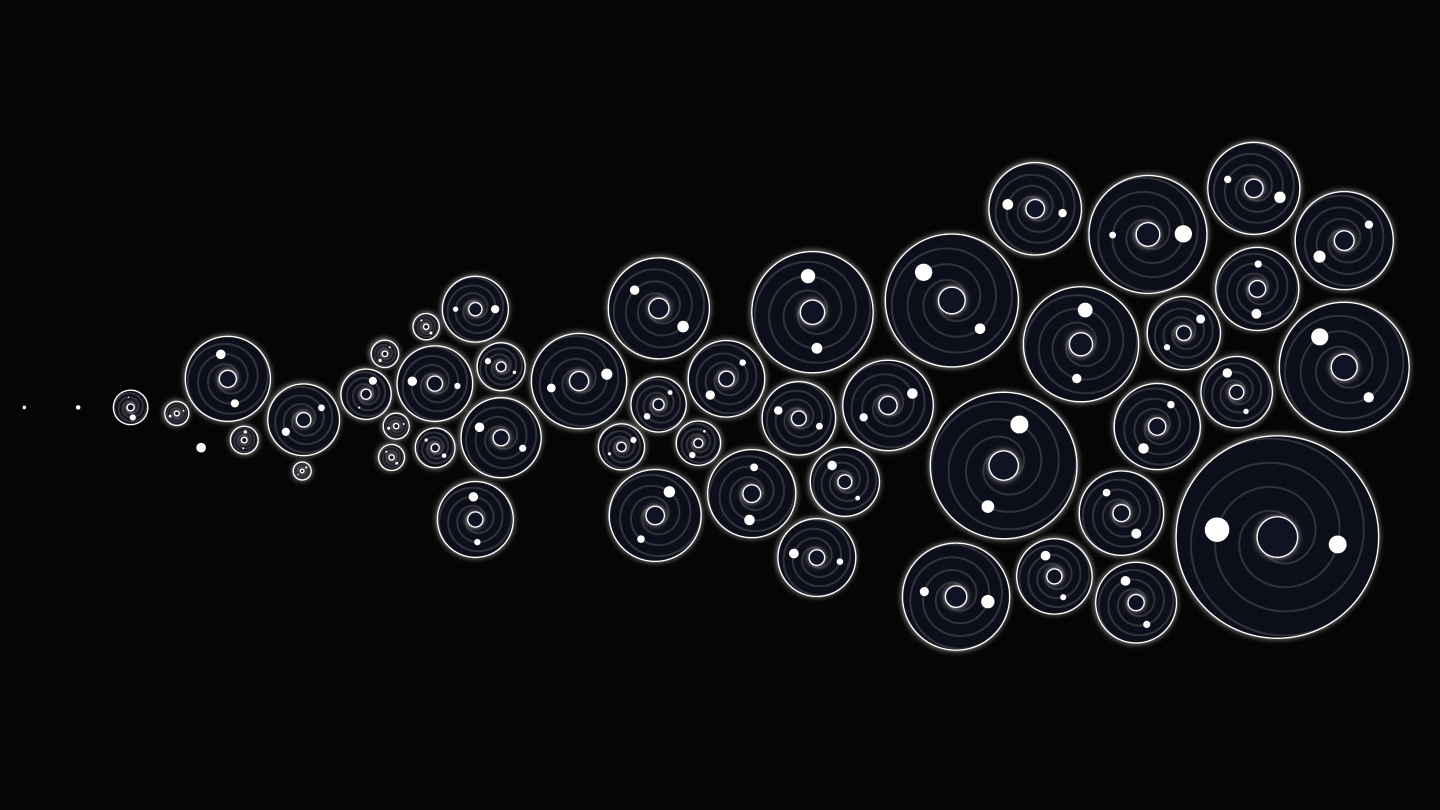 Throughout the universe, violent collisions of cosmic beasts such as black holes wrench the fabric of spacetime, producing ripples called gravitational waves. For most of history, humans have been oblivious to those celestial rumbles. Today, we’ve detected scores of them.

The first came in 2015, when scientists with the Advanced Laser Interferometer Gravitational-Wave Observatory, or LIGO, spotted gravitational waves spawned from the merger of two black holes. That event rattled the bones of the cosmos — shaking the underlying structure of space and time. The detection also stirred up astronomy, providing a new way to observe the universe, and verified a prediction of Albert Einstein’s general theory of relativity (SN: 2/11/16).

But like a lone ripple in a vast sea, a single detection can tell scientists only so much. Now, LIGO and its partner observatory Advanced Virgo have collected 50 sets of gravitational waves. Most of these spacetime ripples resulted from two black holes spiraling inward before colliding. Some arose from collisions of dense stellar corpses called neutron stars. Two collisions involve celestial bodies that can’t be confidently identified, hinting that scientists may have spotted the first merger of a neutron star with a black hole (SN: 6/23/20).

Every gravitational wave event detected to date, in one chart

Scientists have spotted 50 collisions of massive objects out in space. Explore details of these smashups below.

This interactive illustration is best viewed in the most recent versions of all major web browsers.

The more distant a collision is from Earth, the longer it takes the gravitational waves to arrive. Some detected ripples were born when the universe was only about half its current age of 13.8 billion years. The less massive mergers in the collection tend to have happened in the more recent past; they are closer to Earth. That’s because smaller smashups are harder for LIGO and Virgo to see.

Some of the 50 collisions left behind surprisingly large black holes, including the biggest known merger, which created the first definitive example of a class of medium-sized black holes (SN: 9/2/20). The data also revealed that some black holes are rapidly spinning before they merge, and that mergers can occur between objects with very different masses (SN: 4/20/20). That information could help scientists understand how pairs of black holes form.

With so much data, there are plenty of questions to explore. Sets of gravitational waves have even been converted into the analogous sound waves, allowing for an aural appreciation of these enigmatic events.

Future detections will further illuminate the furtive movements of these mysterious objects. Welcome to a new era of astronomy in which black holes and neutron stars regularly communicate their secrets to Earth.