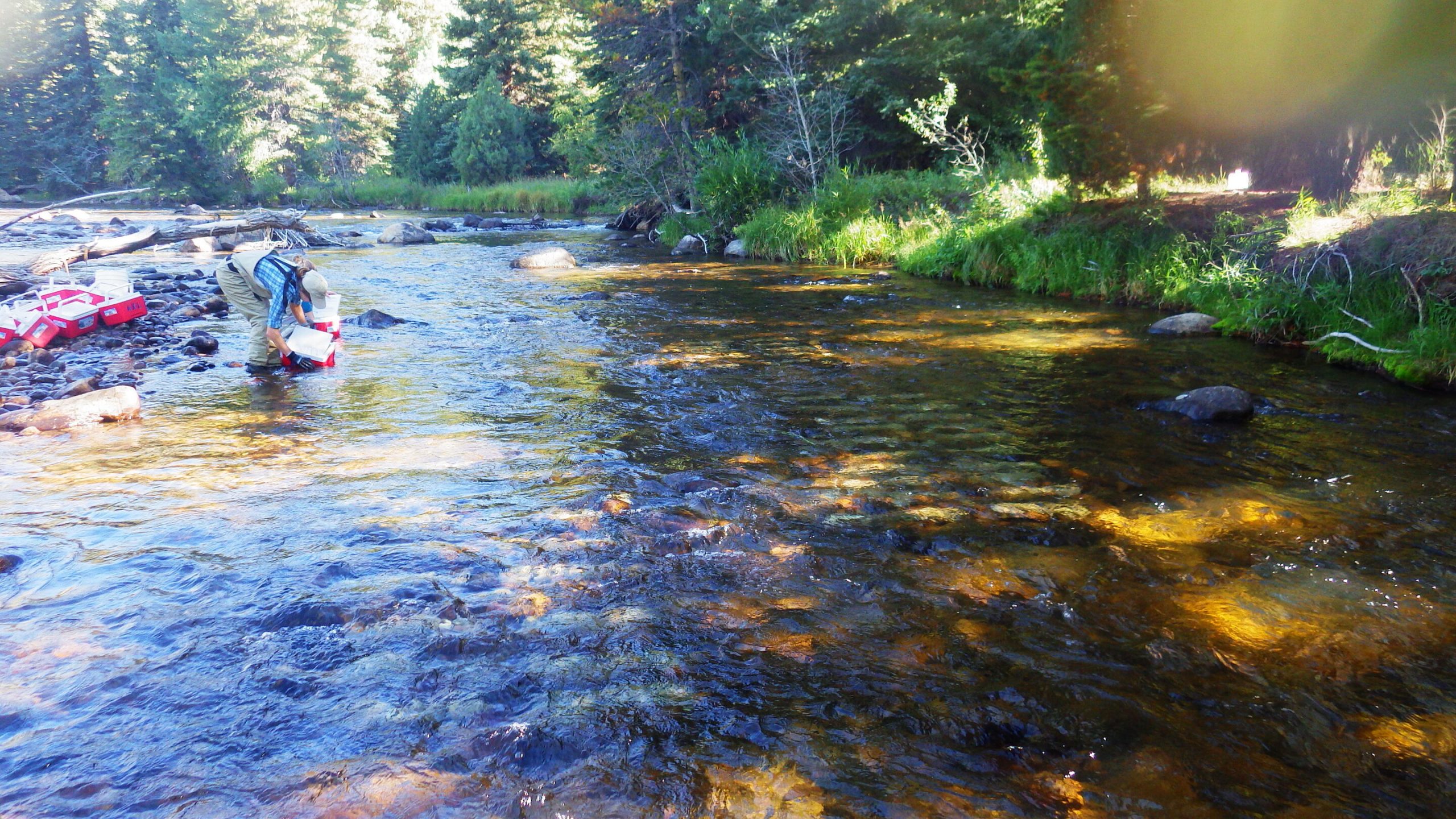 The presence of insecticides in streams is increasingly a global concern, yet information on safe concentrations for aquatic ecosystems is sometimes sparse. In a new study led by Colorado State University’s Janet Miller and researchers at the United States Geological Survey, the team found a common insecticide, fipronil, and related compounds were more toxic to stream communities than previous research has found.

The study, “Common insecticide disrupts aquatic communities: A mesocosm to field ecological risk assessment of fipronil and its degradates in U.S. streams,” is published Oct. 23 in Science Advances.

Fipronil is used in the U.S. for insect control on pets, structures, yards and crops. Most of the streams where fipronil compounds were found to exceed toxic levels were in the relatively urbanized Southeast region.

Miller said the insecticide is likely affecting stream insects and impairing aquatic ecosystems across the country at lower levels than previously thought. In addition, fipronil degrades into new compounds, some of which this study found to be more toxic than fipronil itself.

The research team also found delayed or altered timing of when these insects emerged from streams, which has implications for the connections between stream and land-based communities.

“The emerging insects serve as an important food source,” Miller explained. “When we see changes, including a drop in emergence rates or delayed emergence, it’s worrisome. The effects can reverberate beyond the banks of the stream.”

In experimental settings that had a high concentration of fipronil, the researchers also saw a reduced number of insects that scrape or eat algae off the rocks, leading to an increase of algae in those streams.

In this study, the research team studied the effects of fipronil compounds on aquatic macroinvertebrates, insects that live on the rocks and sediment of stream bottoms. Examples of these insects include mayflies, stoneflies and caddisflies. These creatures spend the larval life stage in streams as aquatic invertebrates, later emerging from streams as flying insects.

“These macroinvertebrates serve as an important food source for fish and other organisms while also playing an important role in nutrient cycling ,” said Miller, an aquatic ecologist with the Colorado Natural Heritage Program, which is part of the Warner College of Natural Resources at Colorado State University.

As one part of the study, the research team built rock trays to mimic the invertebrate’s habitat, and placed them in the Cache La Poudre River in northern Colorado. In these habitats, the macroinvertebrates colonized naturally with algae to mimic communities that exist in nature.

Next, the scientists moved the rock trays containing macroinvertebrates into the lab, mimicking a natural environment while also controlling temperature, light and water flow. The team then added a range of concentrations of the insecticide fipronil or one of four associated fipronil degradate compounds—sulfone, sulfide, desulfinyl and amide—and observed the effects on macroinvertebrates.

Scientists found these degradates to be as toxic, if not more so than fipronil. Yet Miller said there is generally a lack of data for the compounds.

Streams in southeast most affected by fipronil

As an additional prong of the research, Miller and the team applied results from the laboratory experiment to data from a large field study conducted by the United States Geological Survey that sampled streams across the U.S. in five major regions.

“We found that 51% of sampled streams in the southeast revealed the presence of fipronil, while in the Pacific Northwest, we detected only around 9% of streams with the insecticide,” she said.

Miller said that while the results are concerning, it’s helpful to have this scientific-based evidence to share with the scientific community and regulating agencies.

“We hope our findings provide greater understanding of the prevalence of fipronil compounds across the country and the levels at which these compounds are harmful to stream health,” she said.

Citation:
Fipronil, a common insecticide, disrupts aquatic communities in the US (2020, October 23)
retrieved 23 October 2020
from https://phys.org/news/2020-10-fipronil-common-insecticide-disrupts-aquatic.html