First life could have evolved on ancient islands 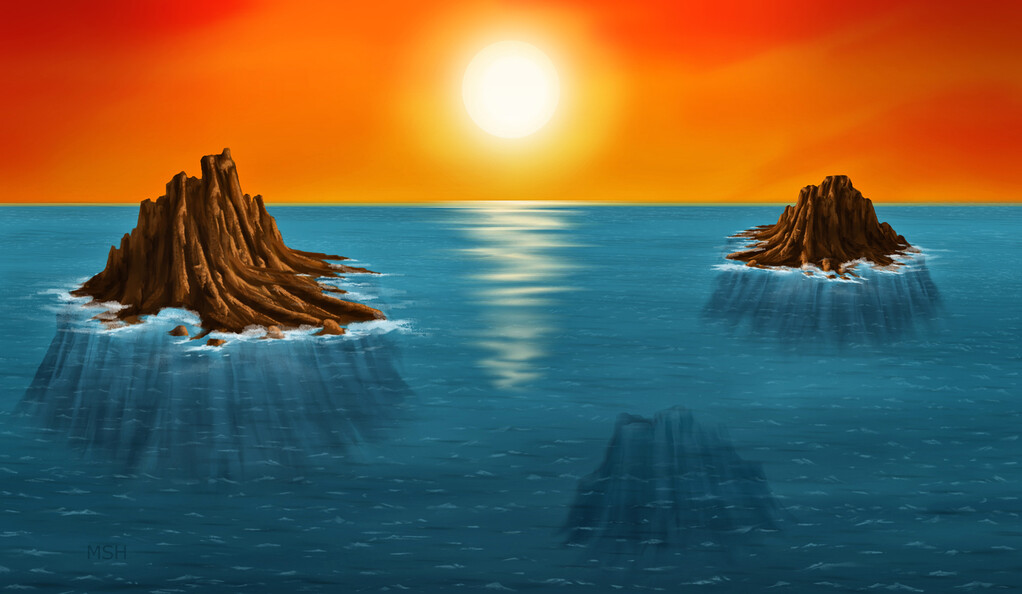 The first life on Earth could have evolved in warm pools of water on islands speckling a vast, planet-wide ocean.

The origins of said life are also controversial. Life — on Earth, anyway — requires basic building-block molecules (amino acids and nucleotides) to chemically react, forming complex molecules such as proteins, RNA and DNA. This transition from building blocks to long molecular chains is called polymerization, and it requires specific temperatures and conditions to occur.

Related: In images: The oldest fossils on Earth

Some scientists believe that the first microbial life emerged at undersea hydrothermal vents, which host the sort of chemical conditions that could encourage polymerization, according to research published in 2008 in the journal Nature Reviews Microbiology. Other scientists argue that vents put off too much heat for effective polymerization, and that an underwater environment also would make polymerization difficult. In this camp, researchers argue that life, instead, emerged at the edges of shallow ponds, heated by geothermal energy.

For the warm-water pool hypothesis to work, though, early Earth needs to have hosted solid ground — no solid ground means no place to put warm-water pools. That’s where the new study, published Jan. 4 in the journal Nature Geoscience, comes in. Geoscientists Jun Korenaga, at Yale University, and Juan Carlos Rosas, now at the Ensenada Center for Scientific Research and Higher Education in Mexico, are interested in understanding the topography of the Earth during the Archean era, 4 billion to 2.5 billion years ago. Chemist Jeffrey Bada, a proponent of the warm-pond hypothesis at Scripps Institution of Oceanography in San Diego, approached Korenaga and asked if there was any possibility of dry land during the Archaean.

Korenaga and Rosas used a computer model to recreate the conditions of the Archaean Earth. Today, Korenage told Live Science, new ocean floor forms at mid-ocean ridges, where rocks from deep within Earth’s middle layer, the mantle, rise up and melt, creating new oceanic crust. As this crust slides away from its origin at the mid-ocean ridge (which looks like an underwater mountain range), it cools and contracts, becoming denser and dropping in elevation.

Meanwhile, though, Earth has its own source of internal heat: radiogenic heating, put off by the decay of radioactive elements in the deep mantle. This heat tends to push upward, ultimately raising the elevation at the surface.

During the Archaean, this radiogenic heating was stronger. This means that even as the new oceanic crust cooled and contracted, it was pushed upward. This could have led to underwater seamounts — which tend to be circular, unlike mid-ocean ridges — being pushed up above sea level, forming islands.

“If you go back in time, you still have the same amount of cooling effect but much more warming effect from the deeper mantle, so this deeper part wins,” Korenaga said.

The findings suggest that there could have been dry land on Earth well before the formation of large continents.

That doesn’t mean that the hypothesis is correct, of course; but the new study reveals that warm-water ponds can’t be ruled out based on geology alone. Geochemists are working to figure out the constraints of life-friendly chemistry on land, Korenaga said. “It’s a very rich subject.”