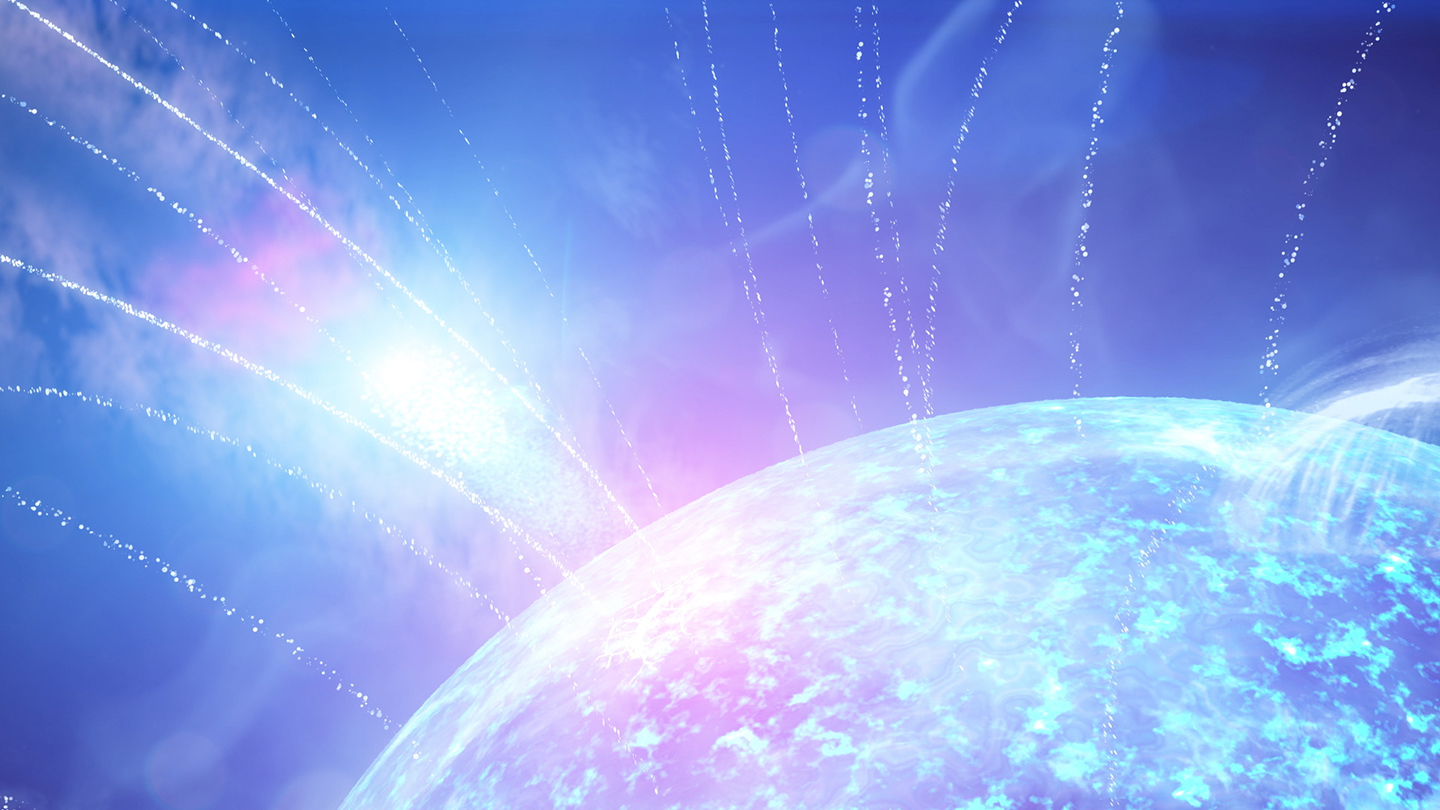 For the first time, astronomers have definitively spotted a flaring magnetar in another galaxy.

These ultra-magnetic stellar corpses were thought to be responsible for some of the highest-energy explosions in the nearby universe. But until this burst, no one could prove it, astronomers reported January 13 at the virtual meeting of the American Astronomical Society and in papers in Nature and Nature Astronomy.

Astronomers have seen flaring magnetars in the Milky Way, but those are so bright that it’s impossible to get a good look at them. Possible glimpses of flaring magnetars in other galaxies may have been spotted before, too. But “the others were all a little circumstantial, and not as rock solid,” says astrophysicist Victoria Kaspi of the McGill Space Institute in Montreal, who was not involved in the new discovery. “Here you have something that is so incontrovertible, it’s like, okay, this is it. There’s no question anymore.”

The first sign of the magnetar arrived as a blast of X-rays and gamma rays on April 15. Five telescopes in space, including the Fermi Gamma-ray Space Telescope and the Mars Odyssey orbiter, observed the blast, giving scientists enough information to track down its source: the galaxy NGC 253, or the Sculptor galaxy, 11.4 million light-years away.

At first, astronomers thought that the blast was a type of cataclysmic explosion called a short gamma-ray burst, or GRB, which are typically caused by colliding neutron stars or other destructive cosmic events.

But the signal looked weird for a short GRB: It rose to peak brightness quickly, within two milliseconds, tailed off for another 50 milliseconds and appeared to be over by about 140 milliseconds. As the signal faded, some of the telescopes detected fluctuations in the light that changed faster than a millisecond.

Typical short GRBs that result from a neutron star collision don’t change like that, said astrophysicist Oliver Roberts of the Universities Space Research Association in Huntsville, Ala. But flaring magnetars in our own galaxy do, when the bright spot where the flare was emitted comes in and out of view as the magnetar spins.

Then, surprisingly, the Fermi telescope caught gamma rays with energies higher than a gigaelectronvolt arriving four minutes after the initial blast. There is no way for the known sources of short GRBs to do that.

“We’ve discovered a masquerading magnetar in a nearby galaxy, and we’ve unmasked it,” said astrophysicist Kevin Hurley of the University of California, Berkeley at a Jan. 13 news briefing.

The researchers think that the flare was triggered by a massive starquake, one thousand trillion trillion, or 1027, times as large as the 9.5 magnitude earthquake recorded in Chile in 1960. “I’m from California, and out here we would definitely call that the Big One,” Hurley says. The quake led the magnetar to release a blob of plasma that sped away at nearly the speed of light, emitting gamma rays and X-rays as it went.

The finding could have exciting implications for fast radio bursts, another mysterious cosmic signal that has had astronomers scratching their heads for over a decade. Several lines of evidence connect fast radio bursts to magnetars, including another signal coming from within the Milky Way that coincidentally also arrived in April 2020 (SN: 6/4/20).

“That [discovery] leant extra credence to fast radio bursts being [from] magnetars,” Kaspi says, though there are still problems with that theory.

Kaspi has compared the apparent frequency of magnetar flares in other galaxies to the frequency of fast radio bursts and found that the rates are similar. “That argues that actually, most or all fast radio bursts could be magnetars…. I don’t think yet it’s the total solution,” but it’s a good step, she says.