Flag leaves could help top off photosynthetic performance in rice 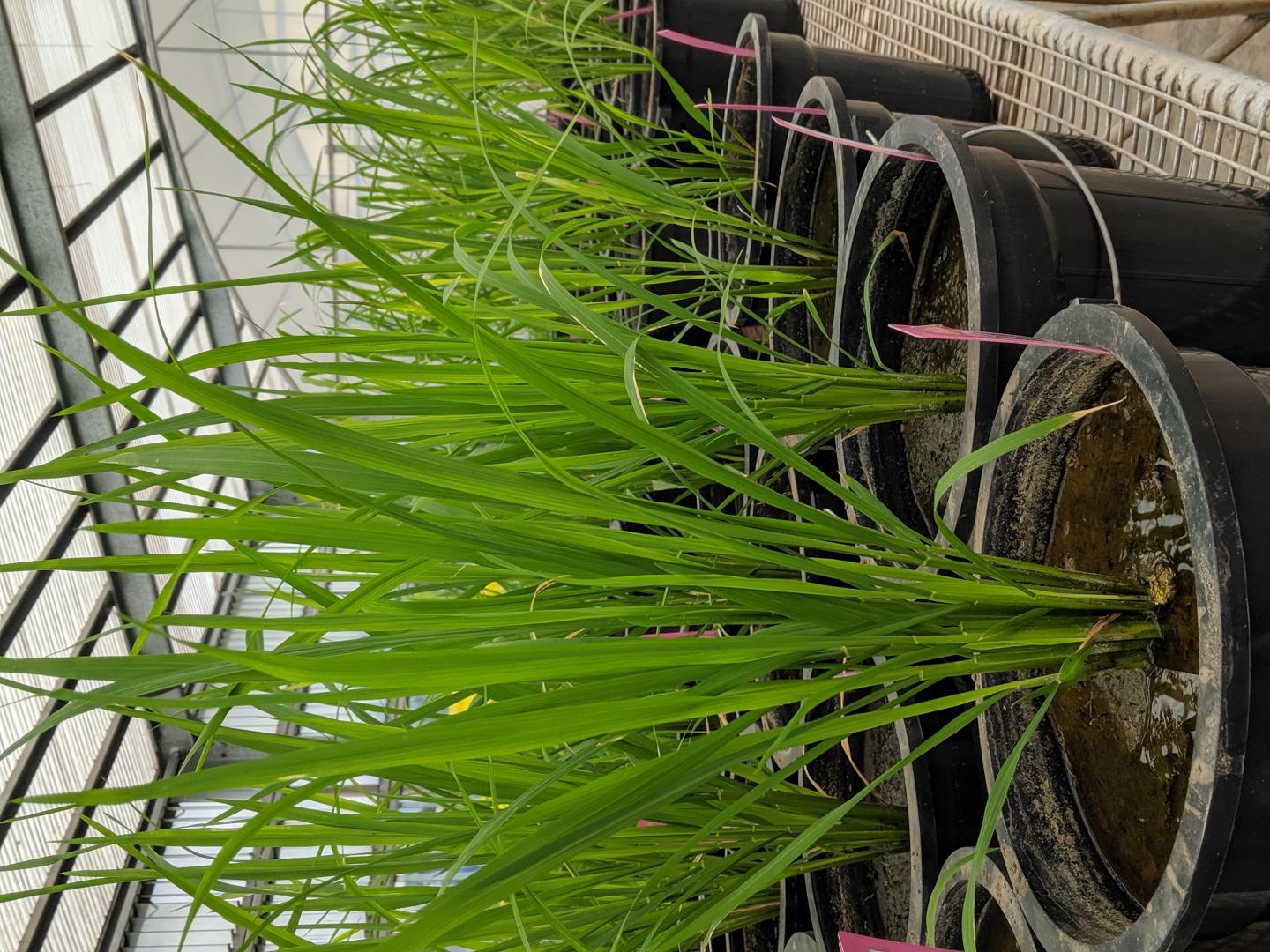 The flag leaf is the last to emerge, indicating the transition from crop growth to grain production. Photosynthesis in this leaf provides the majority of the carbohydrates needed for grain filling–so it is the most important leaf for yield potential. A team from the University of Illinois and the International Rice Research Institute (IRRI) found that some flag leaves of different varieties of rice transform light and carbon dioxide into carbohydrates better than others. This finding could potentially open new opportunities for breeding higher yielding rice varieties.

Published in the Journal of Experimental Botany, this study explores flag leaf induction–which is the process that the leaf goes through to “start up” photosynthesis again after a transition from low to high light. This is important because the wind, clouds, and movement of the sun across the sky cause frequent fluctuations in light levels. How quickly photosynthesis adjusts to these changes has a major influence on productivity.

For the first time, these researchers revealed considerable differences between rice varieties in the ability of flag leaves to adjust to fluctuating light. They also showed that the ability to adjust differs between the flag leaf and leaves formed before flowering. Six rice varieties chosen to represent the breadth of genetic variation across a diverse collection of more than 3000 were analyzed as a first step in establishing if there was variation in ability to cope with fluctuations in light.

In this study, they discovered the flag leaf of one rice variety that began photosynthesizing nearly twice (185%) as fast as the slowest. Another top-performing flag leaf fixed 152% more sugar. They also found large differences (77%) in how much water the plant’s flag leaves exchanged for the carbon dioxide that fuels photosynthesis. Additionally, they found that water-use efficiency in flag leaves correlated with water-use efficiency earlier in development of these rice varieties, suggesting that water-use efficiency in dynamic conditions could be screened for at younger stages of rice development.

“What’s more, we found no correlation between the flag leaf and other leaves on the plant, aside from water-use efficiency, which indicates that both kinds of leaves may need to be optimized for induction,” said Stephen Long, Illinois’ Ikenberry Endowed University Chair of Crop Sciences and Plant Biology. “While this means more work for plant scientists and breeders, it also means more opportunities to improve the plant’s photosynthetic efficiency and water use. Improving water use is of increasing importance, as agriculture already accounts for over 70% of human water use, and rice is perhaps the largest single part of this.”

Confirming their previous study in New Phytologist, they found no correlation between data collected in fluctuating and steady-state conditions, where the rice plants were exposed to constant high light levels. This finding adds to a growing consensus that researchers should move away from research dependent on steady-state measurements.

“We’re realizing the need for our experiments to more accurately reflect the reality that these plants experience out the field,” said first-author Liana Acevedo-Siaca, a postdoctoral researcher at Illinois. “We need to focus our efforts on capturing the dynamic conditions so we can improve crops to be productive in the real world, not laboratories.”

This work is part of Realizing Increased Photosynthetic Efficiency (RIPE), a project that aims to improve photosynthesis to equip farmers worldwide with higher-yielding crops to ensure everyone has enough food to lead a healthy and productive life. RIPE is sponsored by the Bill & Melinda Gates Foundation, the U.S. Foundation for Food & Agriculture Research, and the U.K. Foreign, Commonwealth & Development Office who are committed to ensuring Global Access and making the project’s technologies available to the farmers who need them the most.