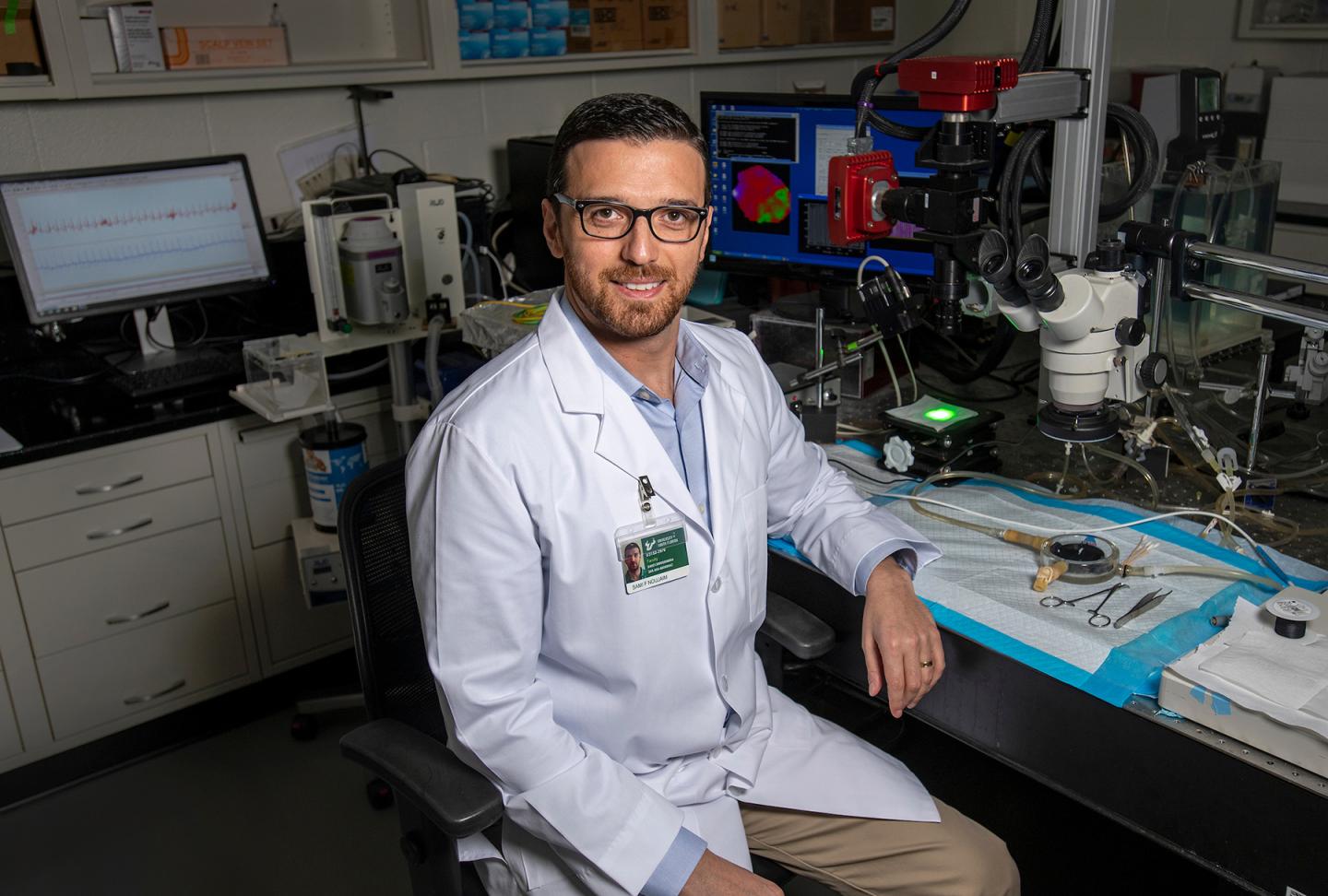 Mounting studies indicate that the nicotine and other chemicals delivered by vaping, while generally less toxic than conventional cigarettes, can damage the lungs and heart. “But so far there has been no clear understanding about what happens when the vaporized flavoring molecules in flavored vaping products, after being inhaled, enter the bloodstream and reach the heart,” said the study’s principal investigator Sami Noujaim, PhD, an associate professor of molecular pharmacology and physiology at the USF Health Morsani College of Medicine.

In their study published Nov. 20 in the American Journal of Physiology- Heart and Circulatory Physiology, Dr. Noujaim and colleagues report on a series of experiments assessing the toxicity of vape flavorings in cardiac cells and in young mice.

“The flavored electronic nicotine delivery systems widely popular among teens and young adults are not harm-free,” Dr. Noujaim said. “Altogether, our findings in the cells and mice indicate that vaping does interfere with the normal functioning of the heart and can potentially lead to cardiac rhythm disturbances.”

Dr. Noujaim’s laboratory is among the first beginning to investigate the potential cardiotoxic effects of the many flavoring chemicals added to the e-liquids in electronic nicotine delivery systems, or ENDS. He recently received a five-year, $2.2-million grant from the NIH’s National Institute of Environmental Health Sciences to carry out this laboratory research. Commonly called e-cigarettes, ENDS include different products such as vape pens, mods, and pods.

Vaping involves inhaling an aerosol created by heating an e-liquid containing nicotine, solvents such as propylene glycol and vegetable glycerin, and flavorings. The vaping device’s battery-powered heat converts this e-liquid into a smoke-like aerosolized mixture (e-vapor). Manufacturers tout e-cigarettes as a tool to help quit smoking, but evidence of their effectiveness for smoking cessation is limited, and they are not FDA approved for this use. E-cigarettes contain the same highly addictive nicotine found in tobacco products, yet many teens and young adults assume they are safe.

– In mouse cardiac muscle cells (HL-1 cells), the researchers tested the toxicity of three different, popular flavors of e-liquid: fruit flavor, cinnamon, and vanilla custard. All three were toxic to HL-1 cells exposed to e-vapor bubbled into the laboratory dish where the cells were cultured.

– Cardiac cells derived from human pluripotent stem cells were exposed to three distinct e-vapors. The first e-vapor containing only solvent interfered with the electrical activity and beating rate of cardiac cells in the dish. A second e-vapor with nicotine added to the solvent increased the toxic effects on these cells. The third e-vapor comprised of nicotine, solvent, and vanilla custard flavoring (the flavor previously identified as most toxic) augmented damage to the spontaneously beating cells even more. “This experiment told us that the flavoring chemicals added to vaping devices can increase harm beyond what the nicotine alone can do,” Dr. Noujaim said.

– Healthy young mice implanted with tiny electrocardiogram devices were exposed to 60 puffs of vanilla-flavored e-vapor five days a week, for 10 weeks. Heart rate variability (HRV) – that is, fluctuations in the time interval between successive heartbeats – decreased in these test mice compared to the control mice that inhaled only puffs of air under the same regimen. A sophisticated analysis by the USF Health researchers showed that vaping interfered with normal HRV in the mice by disrupting the autonomic nervous system’s control of heart rate (the acceleration and slowing down of heartbeats), Dr. Noujaim said.

Whether the mouse findings will translate to people is unknown. Dr. Noujaim emphasizes that more preclinical and human studies are needed to further determine the safety profile of flavored ENDS and their long-term health effects.

A partial government ban on flavored e-cigarettes aimed at stopping young people from vaping focused on enforcement against flavored e-cigarettes with pre-filled cartridges, like those produced by industry leader JUUL. However, teens quickly switched to newer disposable e-cigarettes still sold in a staggering assortment of youth-appealing fruity and dessert-like flavors.

“Our research matters because regulation of the vaping industry is a work in progress,” Dr. Noujaim said. “The FDA needs input from the scientific community about all the possible risks of vaping in order to effectively regulate electronic nicotine delivery systems and protect the public’s health. At USF Health, in particular, we will continue to examine how vaping may adversely affect cardiac health.”

In 2020, 3.6 million U.S. youths still used e-cigarettes, and among current users, more than eight in 10 reported using flavored varieties, according to the Centers for Disease Control and Prevention.

USF Health’s mission is to envision and implement the future of health. It is the partnership of the USF Health Morsani College of Medicine, the College of Nursing, the College of Public Health, the Taneja College of Pharmacy, the School of Physical Therapy and Rehabilitation Sciences, the Biomedical Sciences Graduate and Postdoctoral Programs, and USF Health’s multispecialty physicians group. The University of South Florida is a high-impact global research university dedicated to student success. Over the past 10 years, no other public university in the country has risen faster in U.S. News & World Report’s national university rankings than USF. For more information, visit health.usf.edu