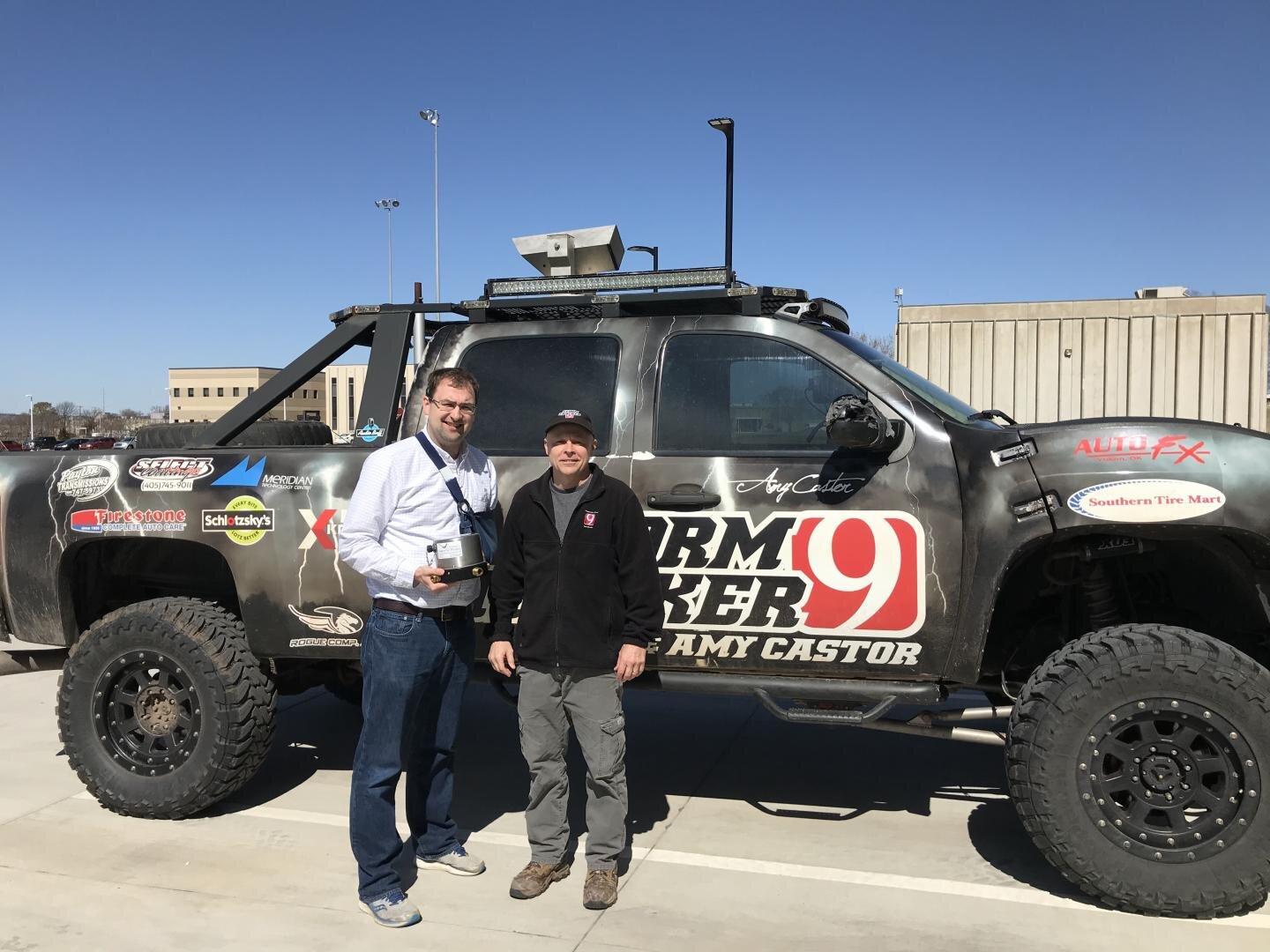 About 1,000 tornadoes strike the United States each year, causing billions of dollars in damage and killing about 60 people on average. Tracking data show that they’re becoming increasingly common in the southeast, and less frequent in “Tornado Alley,” which stretches across the Great Plains. Scientists lack a clear understanding of how tornadoes form, but a more urgent challenge is to develop more accurate prediction and warning systems. It requires a fine balance: Without warnings, people can’t shelter, but if they experience too many false alarms, they’ll become inured.

One way to improve tornado prediction tools might be to listen better, according to mechanical engineer Brian Elbing at Oklahoma State University in Stillwater, in the heart of Tornado Alley. He doesn’t mean any sounds audible to human ears, though. As long ago as the 1960s, researchers reported evidence that tornadoes emit signature sounds at frequencies that fall outside the range of human hearing. People can hear down to about 20 Hertz—which sounds like a low rumble—but a tornado’s song likely falls somewhere between 1 and 10 Hertz.

Brandon White, a graduate student in Elbing’s lab, discussed their recent analyses of the infrasound signature of tornadoes at the 73rd Annual Meeting of the American Physical Society’s Division of Fluid Dynamics.

Elbing said these infrasound signatures had seemed like a promising avenue of research, at least until radar emerged as a frontrunner technology for warning systems. Acoustic-based approaches took a back seat for decades. “Now we’ve made a lot of advances with radar systems and monitoring, but there are still limitations. Radar requires line of sight measurements.” But line of sight can be tricky in hilly places like the Southeast, where the majority of tornado deaths occur.

Maybe it’s time to revisit those acoustic approaches, said Elbing. In 2017, his research group recorded infrasound bursts from a supercell that produced a small tornado near Perkins, Oklahoma. When they analyzed the data, they found that the vibrations began before the tornado formed.

Researchers still know little about the fluid dynamics of tornadoes. “To date there have been eight trusted measurements of pressure inside a tornado, and no classical theory predicts them,” said Elbing. He doesn’t know how the sound is produced, either, but knowing the cause isn’t required for an alarm system. The idea of an acoustics-based system is straightforward.

“If I dropped a glass behind you and it shattered, you don’t need to turn around to know what happened,” said Elbing. “That sound gives you a good sense of your immediate environment.” Infrasound vibrations can travel over long distances quickly, and through different media. “We could detect tornadoes from 100 miles away.”

Members of Elbing’s research group also described a sensor array for detecting tornadoes via acoustics and presented findings from studies on how infrasound vibrations travel through the atmosphere. The work on infrasound tornado signatures was supported by a grant from NOAA.

Other sessions during the Division of Fluid Dynamics meeting similarly addressed ways to study and predict extreme events. During a session on nonlinear dynamics, MIT engineer Qiqi Wang revisited the butterfly effect, a well-known phenomena in fluid dynamics that asks whether a butterfly flapping its wings in Brazil could trigger a tornado in Texas.

What’s unclear is whether the butterfly wings can lead to changes in the longtime statistics of the climate. By investigating the question computationally in small chaotic systems, he found that small perturbations can, indeed, effect long-term changes, a finding that suggests even small efforts can lead to lasting changes in the climate of a system.

During the same session, mechanical engineer Antoine Blanchard, a postdoctoral researcher at MIT, introduced a smart sampling algorithm designed to help quantify and predict extreme events—like extreme storms or cyclones, for example. Extreme events occur with low probability, he said, and therefore require large amounts of data, which can be expensive to generate, computationally or experimentally. Blanchard, whose background is in fluid dynamics, wanted to find a way to identify outliers more economically. “We’re trying to identify those dangerous states using as few simulations as possible.”

The algorithm he designed is a kind of black box: Any dynamical state can be fed as an input, and the algorithm will return a measure of the dangerousness of that state.

“We’re trying to find the doors to danger. If you open that particular door, will the system remain quiescent, or will it go crazy?” asked Blanchard. “What are the states and conditions—like weather conditions, for example—that if you were to evolve them over time could cause a cyclone or storm?”

Blanchard said he’s still refining the algorithm but hopes to start applying it to real data and large-scale experiments soon. He also said it may have implications beyond the weather, in any system that produces extreme events. “It’s a very general algorithm.”