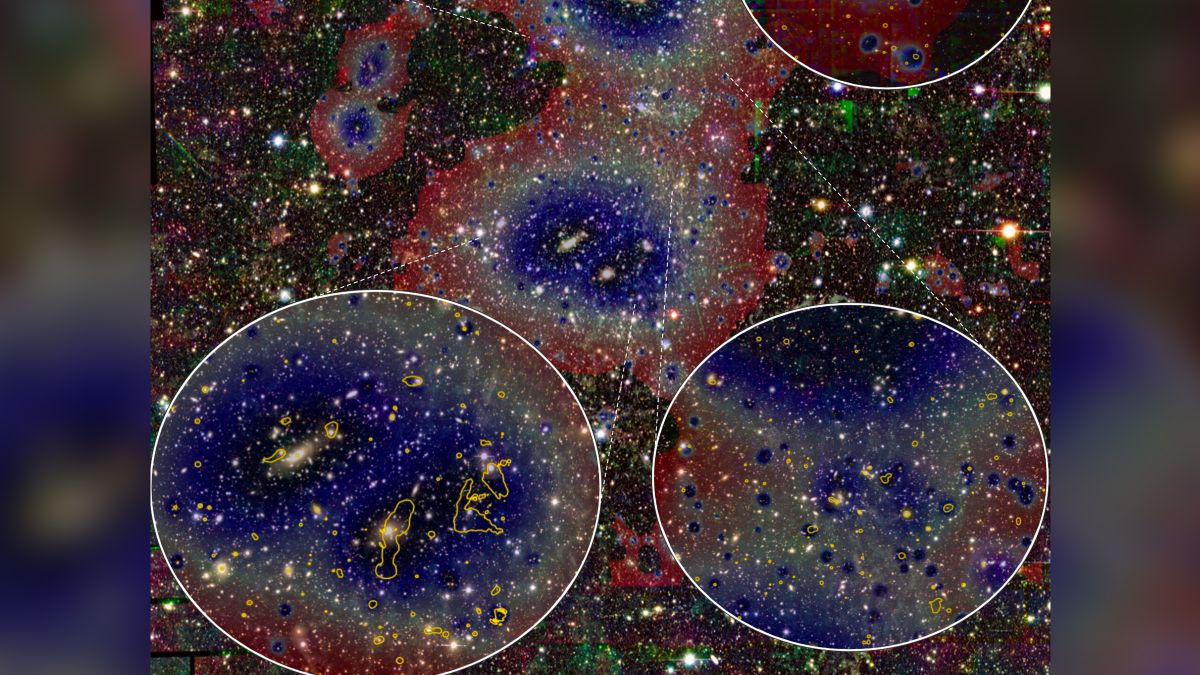 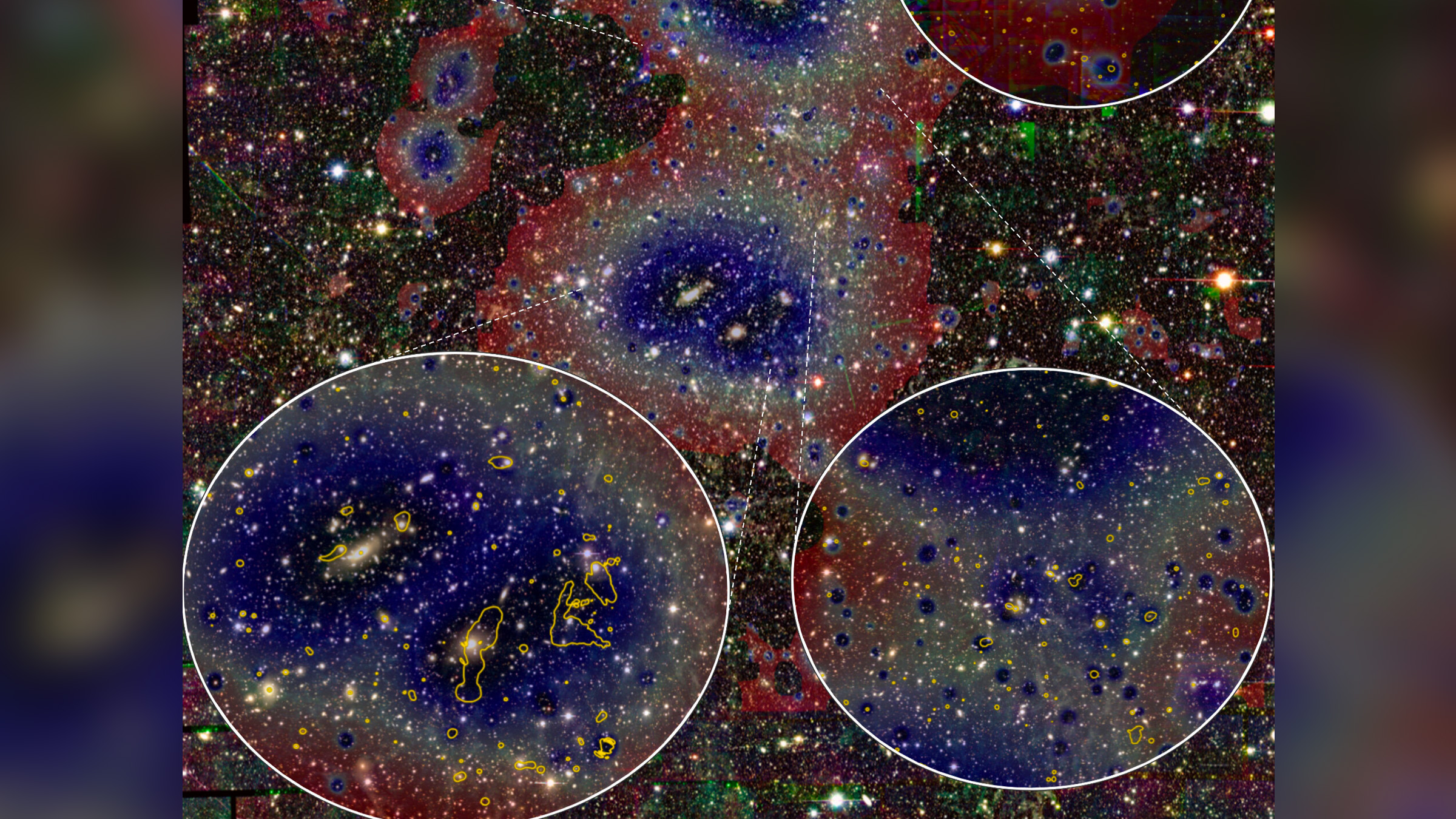 The map of our universe looks astonishingly like a road map of the United States. Big, bustling clusters of galaxies swell like brightly lit cities, while long, sparse highways of gas connect them in a giant molecular web. Beyond this web: dark, empty space. (Nowhere worth stopping for a selfie, anyway.)

Astronomers believe this cosmic web is a vestige of the early universe, when big clouds of gas grew denser and denser as their gravity drew more and more matter toward them. Today, these galaxy clusters are the largest known structures in the universe, each one containing hundreds or thousands of individual galaxies and billions of stars.

Those clusters are easy enough to see with good telescopes; but the long, wispy roads — or “filaments” — between them, however, are much harder to detect. Now, using a powerful X-ray telescope, astronomers believe they’ve taken one of the clearest images of a filament ever — or at least one of the longest.

In a study published Dec. 4 in the journal Astronomy & Astrophysics, researchers studied an object called A3391/95 — a group of three galaxy clusters sitting some 700 million light-years from Earth. Using the eROSITA X-ray telescope, the team not only saw the three individual clusters, but also the enormous gas filament connecting them. According to the team’s calculations, this filament stretches more than 50 million light-years across — the single largest ever captured in an image.

This finding is exciting, as filaments are thought to contain an enormous proportion of the universe’s missing baryonic matter (that is, matter made up of protons and neutrons).

“According to calculations, more than half of all baryonic matter in our universe is contained in these filaments,” study author Thomas Reiprich, an astronomer at the University of Bonn in Germany, said in a statement.

Astronomers have calculated that all the galaxies in the cosmos only account for about 40% of the universe’s baryonic matter. The remainder is thought to reside inside the filaments between galaxy clusters, although proving that with concrete evidence is difficult; the gas inside these filaments is so diluted (less than 10 particles per cubic meter, according to the researchers) that imaging them has been near-impossible.

With those filaments finally showing up in X-ray images of distant galaxy clusters, astronomers may finally be able to study their wispy depths and find out if they really do contain the universe’s missing matter.