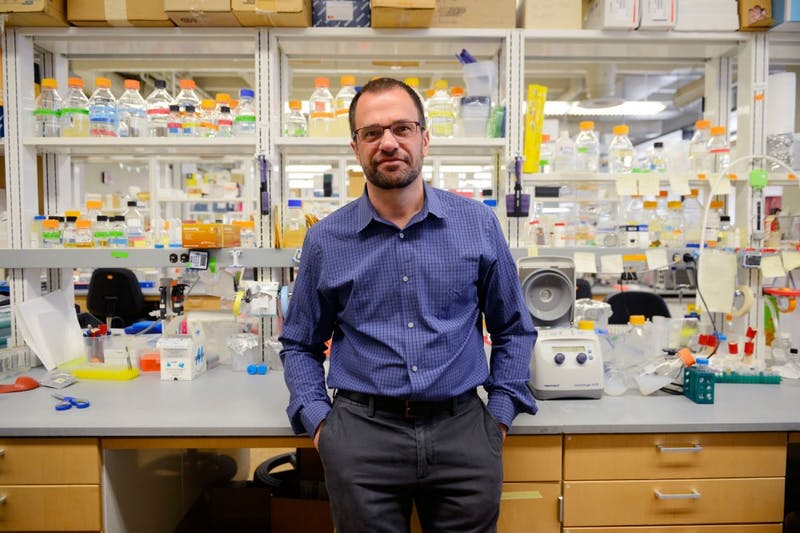 Official documents reveal that Daniel Voytas, a professor at the University of Minnesota and the co-inventor of the genome editing tool TALENs, has been found to have violated basic laboratory biosafety rules for a period of more than two years.

Unapproved and unsupervised genetic engineering in the Voytas lab appears to have included the development of a new commercial technique for rapid production of gene edited plants called Fast-Treated Agrobacterium Co-Culture, or “Fast-TrACC”.  The patent-pending technique has been licensed by the University of Minnesota to Calyxt, a controversial biotechnology company co-founded by Voytas and where he serves as Chief Science Officer.

The story is one of a research train wreck. It involves an ethically dubious and physically dangerous mix of blatant disregard for biosafety rules with the apparent legalized corruption of financial self-dealing, with the approval and participation of the University of Minnesota.

Without seeking or obtaining required safety approvals, Voytas and eight members of his lab genetically engineered a dozen species of plants in a project that lasted from October 2017 through December 2019. The University of Minnesota institutional biosafety committee (IBC) and the University’s biosafety office were unaware of the experiments, which appear to have come to light only when Voytas filed for patent on part of the research and prepared a manuscript for publication.

The project, many details of which have yet to be released, was discovered by the IBC’s Assistant Director in December 2019.  By that time, according to an incident report filed with the US federal government, the Voytas team had engineered twelve plant species, including a number of food crops.

Two widely cultivated species of peppers (Capsicum) were altered, along with tomatoes, potatoes, grapes, and sunflower.  Other species genetically engineered without oversight included the model plant Arabidopsis thaliana as well as Moricandia arvensis, a wild crucifer of interest as a potential source of photosynthesis genes for the large family of brassica crops, including rapeseed (canola) and vegetables such as cabbage, broccoli, cauliflower, kale, pak choi, and turnips.

A request for further information was lodged with the University of Minnesota in early September.  The University has yet to reply.

A member of the US National Academies of Science, Voytas rose to prominence as co-inventor of transcription activator-like effector nucleases, or TALENs, which are used as the “scissors” to cut DNA sequences in many genome editing projects.

Voytas’ case is a concrete demonstration of the weakness of genetic engineering oversight in the United States. The project operated with nine people working over a period of more than two years at a prominent lab on a university campus without being detected and without biosafety approval.

On 30 January 2020, the University belatedly reported the over two year old violations that it had belatedly discovered – apparently more than a month earlier – to the US National Institutes of Health (NIH), which oversees genetic engineering laboratory safety in the US. When the University did so, it omitted basic details about the violations described in its report. Minnesota merely stated the name of the Agrobacterium vector used to transform the plants and the species of plants engineered. It did not describe the purpose of the research and “payload” of the vector, nor the characteristics of the resulting cells and plants. Hence, the University’s report was fundamentally opaque with respect to the substance of the offending research.

Inexplicably, and alarmingly, on receiving Minnesota’s report, NIH did not bother to ask Minnesota for basic information about the nature of the genetic engineering performed on the plants. Rather, NIH declared itself satisfied with the University’s vacuous report and closed the case with no action on the following day, 31 January 2020.

While shocking, the NIH “regulators” lack of interest in investigating major violations is regrettably typical. Indeed it is extremely rare for NIH to express concern or interest in further details of those laboratory accidents of which it learns. Further, there is no indication that the US Department of Agriculture, whose interest in improper creation of genetically engineered crops should be significant, was informed of the problems.  A second request for further information on this subject is pending with the University of Minnesota.

In a bit of self-dealing not uncommon at American research universities, the Voytas lab at the University of Minnesota works in support of the company Calyxt, which Voytas co-founded and where he is the Chief Science Officer. Research at Voytas’ university lab is licensed to Calyxt, whose stock is publicly traded, though it is controlled by the French company Cellectis.

In addition to his University and Calyxt salaries (1), Voytas receives stock options from Calyxt. At the time of his last regulatory filing in early 2019, he owned almost 100,000 shares in Calyxt and held options for over 200,000 more. At the time they were worth nearly US $5m, though the company’s stock has since fallen.  More stock options will vest with Voytas in the future.

In April 2020, the University and Calyxt announced a new licensing deal, the financial terms of which were not described. The license is for a technology, developed by the Voytas lab, that is described as “plant gene editing through de novo induction of meristems”, another name for Fast-TrACC.

The manuscript of the article describing the technique was submitted in December 2019, the same month when the Minnesota IBC says it discovered the unauthorized research (Maher et al., 2020). The manuscript describes use of genetically engineered cells to cause the growth of plant meristems (shoots and root branches) that are also genetically engineered.  Material from the meristem growth can then be used to generate plants that are wholly transformed.  It describes experiments as using an agrobacterium vector with Arabidopsis, potato, and grapevine, all of which are mentioned in the University’s report of unapproved and unsupervised research.

The initial commercial application of the technique appears to be in scaling up production of gene edited varieties of crops that are clonally propagated, hence the selection of potato and grapevine as examples.  A great many other crops are also clonally propagated, including many fruit and nut trees, berries, onions, garlic, taro, agave, dates, pineapple, hops, yams, cassava, bananas, olives, sugarcane, gingers, and more.

The manuscript notes that three of the authors, including Voytas, have filed for patents on the technology.

It thus appears that the unapproved and unsupervised research at the Voytas lab included the creation of the technology Minnesota has licensed, and perhaps other gene editing projects that have yet to come to public light but which may also be related to the commercial enterprises of Calyxt.

What went wrong at the Voytas lab? Does the University or the federal government care? Until the University comes forward with additional information, it is hard to precisely know.  One thing that does seem clear is that there were no serious consequences for the violations, a fact that will encourage more rogue gene editing at US universities.

Was Voytas’ operation too important to be properly inspected by biosafety staff, who might fear the wrath of the prominent professor, or perhaps also the wrath of the University’s technology transfer office and its profit-driven mission?  Was there active concealment of research from safety oversight? That would be grounds for major enforcement action. Or maybe the University of Minnesota’s biosafety oversight program is, like its national counterpart, weak and ineffective?

The lack of detail in Minnesota’s report to NIH suggests that Voytas’, and the University’s, financial interests may be at the heart of the incident. Why is the relevant detail unreported?  How can NIH close the file – in under 24 hours – on a serious violation that isn’t even properly documented?  Secrecy related to patents and profits appears to be at work, and to be working against safety.

Yet the report also claims that Voytas and his staff were fully up to date on biosafety training – except that they ignored the elementary and obligatory step of submitting a proposal for their activities, obtaining approval and having the experiments inspected.  Why did they fail to submit to safety oversight despite this training?

So what happened when the unapproved work was discovered?  Although the Voytas lab’s biosafety violations were lengthy and large, according to the information obtained to date, the only action taken was to stop the research for a few weeks, until the IBC could approve it, and a recommendation being made that Voytas lab members be “re-trained”.

It does not appear that there were any significant consequences for Voytas, nor did the lack of adherence to biosafety rules result in any federal sanction of the University.  To the contrary, NIH immediately closed the case and, in April 2020, Calytx enthusiastically announced the deal it cut with the University to license the arguably illicitly-developed technology.

The message that the federal government and University of Minnesota are sending to researchers is that violating biosafety rules is a trivial matter that will not result in significant consequences.  Even for violations of very basic requirements that go on for years on end. Indeed, if violation has no consequences, for researchers like Voytas who are seeking patents and are deeply involved in profitable self-dealings, the lack of consequences of ignoring biosafety rules only encourages further violations, as the secrecy granted by working outside of biosafety oversight may aid in hiding from competitors and generating profits.

(1) Voytas earns US $198,000 a year as a professor plus, presumably, royalty income in conjunction the licenses that the University sells to Calyxt and others for technologies from his lab.  His salary as CSO of Calyxt is unknown.

This article was originally published by the Third World Network.