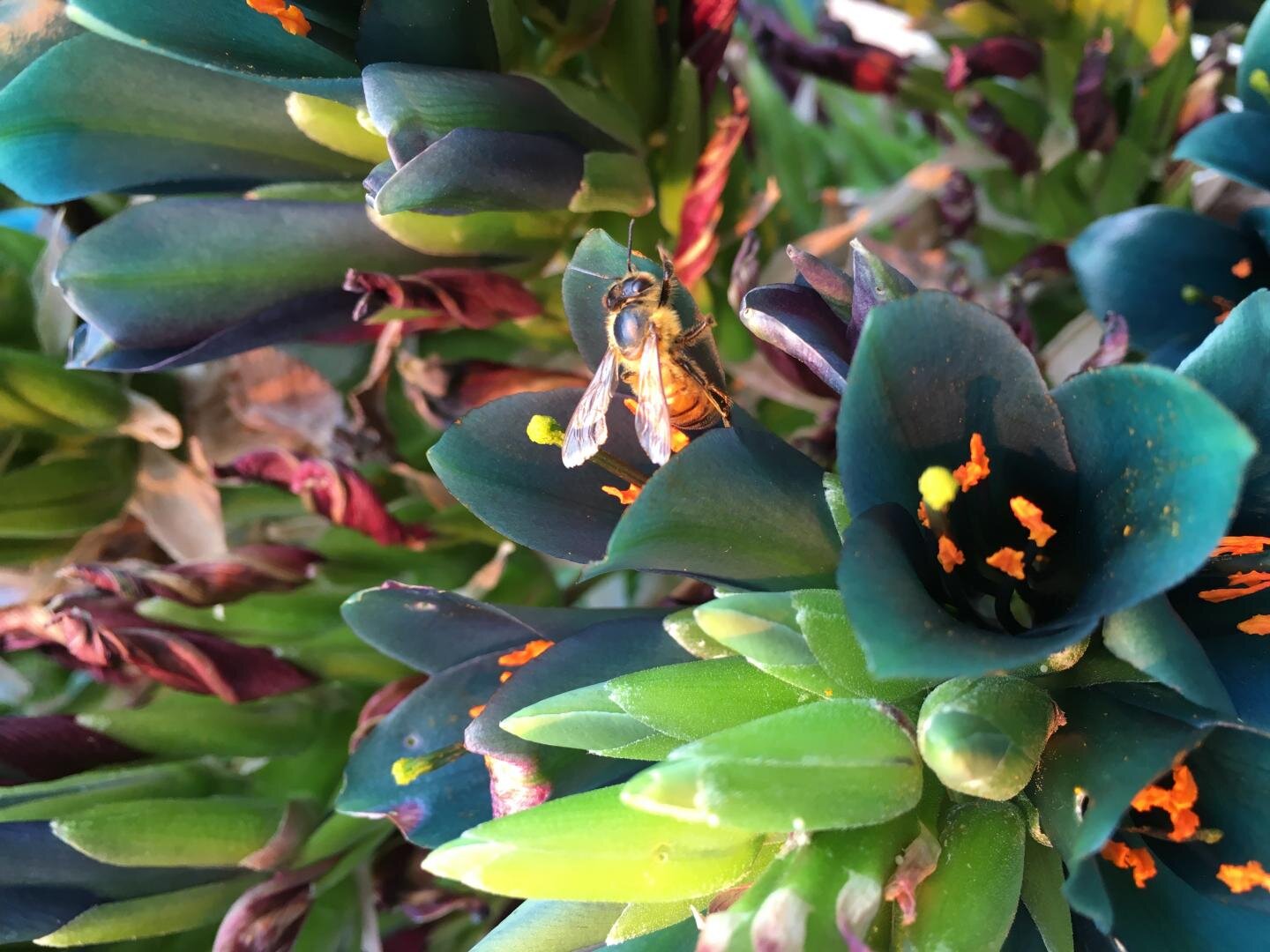 Since the 1950s, “Africanized” honeybees have spread north and south across the Americas until apparently coming to a halt in California and northern Argentina. Now genome sequencing of hundreds of bees from the northern and southern limits shows a gradual decline in African ancestry across hundreds of miles, rather than an abrupt shift.

“There’s a gradual transition at the same latitude in North and South America,” said Erin Calfee, graduate student in the Department of Evolution and Ecology at the University of California, Davis, and first author on the paper, published Oct. 19 in PLOS Genetics. “There’s a natural barrier that is likely maintained by many different genetic loci.”

European colonists brought European species of honeybees (Apis mellifera) with them to the Americas as early as the 1600s. In addition to apiaries, these bees established in the wild alongside native bees.

In 1957, imported African honeybees of the subspecies Apis mellifera scutellata swarmed out of experimental hives in Brazil and started to rapidly spread, interbreeding with the resident European bees. Native to southern and eastern Africa, scutellata bees are known for their defensive behavior. They also carry some useful traits for beekeepers, such as resistance to Varroa mites.

Calfee, working with Professor Graham Coop and Associate Professor Santiago Ramirez from the Department of Evolution and Ecology and collaborators in Argentina, sequenced the genomes of bees collected at the northern and southern edges of the scutellata expansion.

They found that the bees at the northern and southern edges of the range have a highly variable mix of scutellata and European bee ancestry. The higher the latitude, the less scutellata ancestry is in the mix.

“The whole genome is tracking latitude and climate,” Calfee said. There are likely many genes involved in climate sensitivity and winter survival, she said. But Calfee also finds that in some parts of the genome scutellata ancestry has spread far beyond these climate limits in both North and South America, evidence that some scutellata genes are advantageous and not tied to climate sensitivity. In contrast, the researchers did not find any evidence for selection for European ancestry in the spread of scutellata bees.

The findings challenge the idea of a binary difference between “Africanized” and “European” honeybees, Ramirez said. In fact, all of these introduced honeybees are hybrids to some degree.

Diversity a resource for breeding bees

The results of the study could be of interest for breeding bees for desirable traits, such as resistance to pathogens. Although the researchers looked only at gene sequences and not the resulting phenotypes (except for one, wing length), the results do show which genetic loci are important because they are under selection in the hybrid zones.

Scutellata bees and hybrids have a lot more genetic diversity than European bees, and the researchers found that they lost very little of this diversity in their expansion from Brazil to California.

“Beekeepers can potentially draw from this genetic variation to breed for desirable traits,” Ramirez said. What started out as an invasion may become part of the solution to declining bee health.

“It makes sense but it’s kind of surprising because we have 1.5 million (honeybee) colonies being brought into California every spring to pollinate crops,” Ramirez said. Those domesticated bees are then trucked around the country, but they do not appear to have a large effect on the spread of African ancestry into feral honeybee populations.