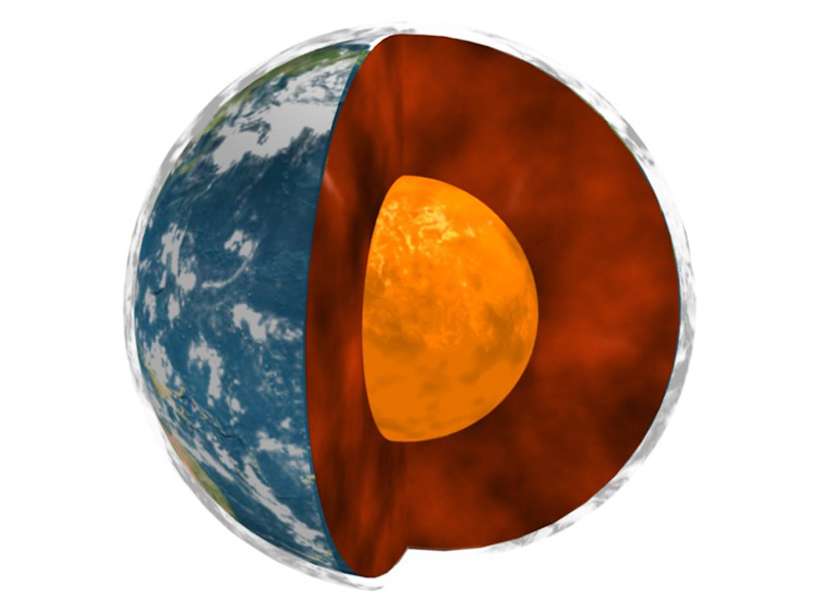 Earth’s mantle—the 2,900-kilometer-thick layer of rock beneath the crust—remains enigmatic, even to the scientists who study it.

“When it comes to the deep Earth, which is one of the unexplored frontiers of our planet, we simply can’t drill deep enough to make any measurements of temperature or composition,” said Pritwiraj Moulik, a postdoctoral associate in the University of Maryland’s Department of Geology.

That’s why Moulik and other geologists are using seismological and other geophysical measurements to make a three-dimensional reference Earth model (REM-3D) of the mantle that can be used for everything from better understanding earthquakes to neutrino geosciences. The team will present project updates at AGU’s Fall Meeting.

Scientists rely on measurements of seismic waves, which are produced by earthquakes or explosions, to map out the interior of Earth, similar to how doctors use computerized tomography to understand what’s going on inside a patient. Because the velocity of a seismic wave varies depending on the temperature and makeup of what it’s traveling through, researchers can use those measurements to create 3D images of mantle features.

This process, called seismic tomography, is not new. But what makes the REM-3D project unique is that the team collected data and feedback from geologists and other scientists around the world. The number of data points is staggering: Researchers received 227 million surface wave measurements. And they incorporated four different kinds of waves, each of which better reflects a different part of the mantle, to finely tune the model.

“Incorporating all of these diverse constraints and the broad expertise in the community is a challenge because there are substantial differences in techniques,” said Moulik, who stressed that it was “remarkable” how much data—and time—other deep-Earth researchers contributed to the project.

Max Rudolph, an assistant professor in the University of California, Davis’s Department of Earth and Planetary Sciences, agreed that community involvement from deep-Earth researchers around the world makes this project stand out. “And I think the fact that this has taken so long to come to maturity really reflects the monumental nature of the undertaking,” he said.

In crunching the data, the team has already made new discoveries about the mantle. For example, there has been some debate among geologists about the structure of rare, thousands-of-kilometers-wide mantle upwellings. Members of the team were able to show that the lower parts of the upwellings have a different, denser composition than the upper parts, which allows them to last for hundreds of millions of years instead of being transient features, said Moulik.

Rudolph, who studies geological fluid mechanics, plans to use the 3D mantle representation in his own research to model mantle flows. He also envisions the new project serving as a launching point for smaller-scale models that could show finer levels of detail. Moulik echoed that idea, saying “we want to be able to describe the haystack first with the 3D reference model before we go about finding needles.”

The new model could also help seismologists more accurately measure the magnitude and other properties of earthquakes, which they currently often do by fitting individual seismogram measurements with older, one-dimensional reference models. And Moulik noted that techniques developed to make this model could eventually be used for similar efforts to probe the interiors of other rocky planets.

The model, as well as Web-based apps and underlying data sets, will ultimately be available to the public.