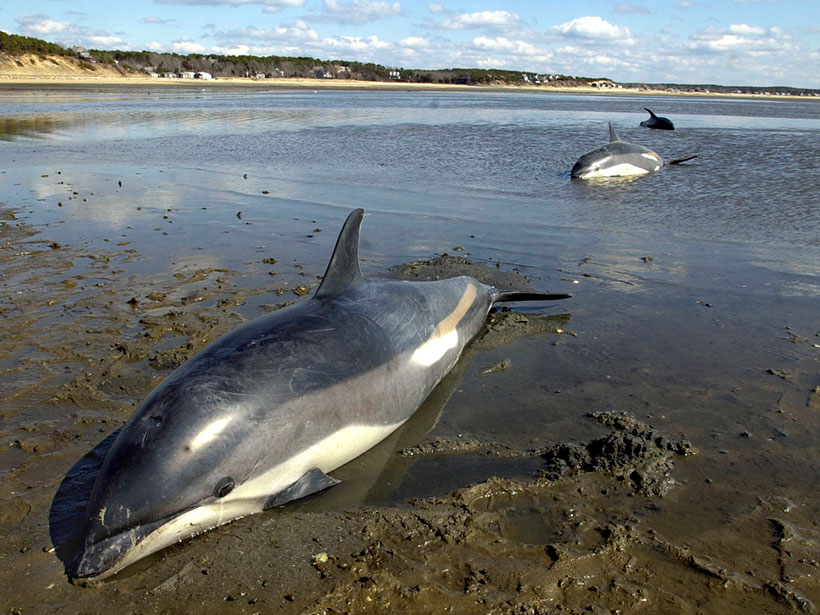 Some coastal regions experience repeated episodes in which cetaceans such as whales and dolphins strand themselves on beaches and shorelines, sometimes by the hundreds. A variety of causes have been suggested for these events, which remain a mystery in marine biology, from the use of active sonar by the military to interactions with fishing vessels or acoustical effects from the ocean floor.

Pulkkinen et al. investigate another postulated cause: solar-induced geomagnetic interference influencing the navigation of affected species. Although a mechanism for magnetic field sensing is not known, some dolphin bodies have been found to contain magnetite, a magnetic mineral. The researchers consider a potential scenario in which cetaceans are redirected from the open ocean toward a coast by magnetic effects and then beach themselves because they are confused in an unfamiliar environment.

The team examined three areas of frequent mass stranding events—New Zealand, the United Kingdom, and Cape Cod in the United States—studying a data set of 348 total events cataloged since 1990. For each location, the researchers retrieved geomagnetic data covering the period of the stranding data set. From the magnetic data, they computed the rate of change in the magnetic field components parallel to the ocean’s surface, and then they searched for statistical connections between this magnetic activity and the stranding events.

The researchers report that there appears to be no causal relationship between the two phenomena. In the 30 days prior to a stranding event, there was no statistically significant association between changes in magnetic field strength and the stranding event itself. When they expanded the time window to 2 years prior to strandings, distinct seasonal patterns did appear. But the large time separation in the statistical connections at these scales casts doubt on their causal significance, the authors say. At Cape Cod, the peak statistical connection occurs for geomagnetic changes 50 days before a beaching event, whereas in New Zealand it occurs roughly 200 days prior. Considering the expected time from cetacean sensory confusion to a potential beaching, such temporally remote connections seem implausible.

Although geomagnetic activity does not appear to be a principal driver for mass stranding events, the authors say it might still be a contributing factor, noting that strandings could result from the combined effects of multiple environmental conditions, including water temperatures and tides, among others. They suggest a machine learning–based analysis may be best positioned to identify these factors. (Journal of Geophysical Research: Biogeosciences, https://doi.org/10.1029/2019JG005441, 2020)