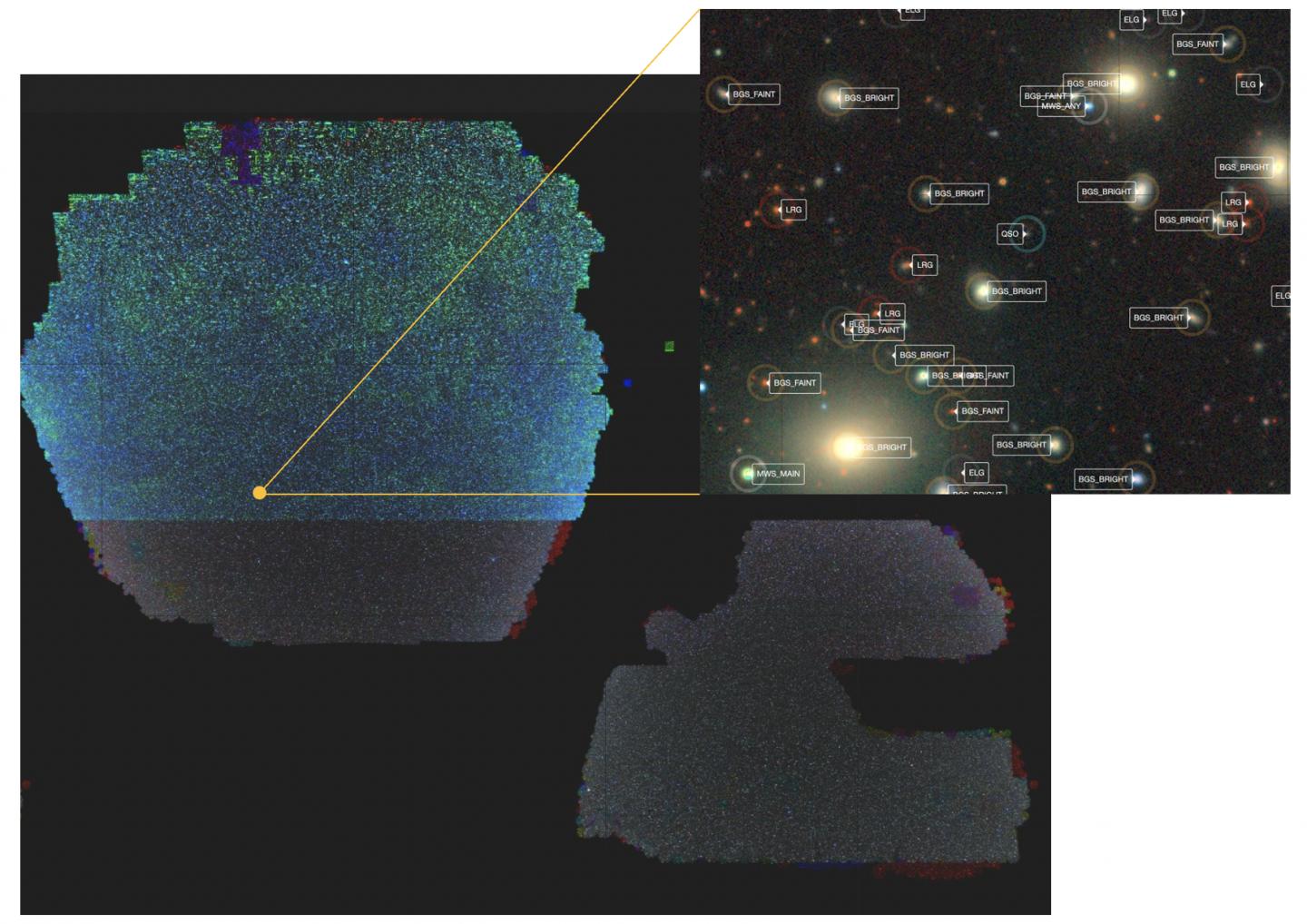 The Beijing-Arizona Sky Survey (BASS) team of National Astronomical Observatories of Chinese Academy of Sciences (NAOC) and their collaborators of the Dark Energy Spectroscopic Instrument (DESI) project released a giant 2D map of the universe, which paves the way for the upcoming new-generation dark energy spectroscopic survey.

Large-scale redshift measurements of galaxies can describe the 3D distribution of the matter and reveal the effect of dark energy on the expansion of the universe.
The DESI project is a new-generation cosmological redshift survey. ZHAO Gongbo, Deputy Director-General of NAOC and a member of DESI, said “DESI will execute a five-year mission to obtain the redshifts of millions of galaxies and construct the largest 3D universe. It is expected to solve the mystery of dark energy.”

“Before DESI begins, researchers need a larger and deeper 2D map of the universe to meet the targeting requirements of such large-scale spectroscopic observations,” said ZOU Hu, one of the BASS co-PIs and an associate professor in NAOC.

Nearly 200 researchers from NAOC and DESI collaborators put much effort on the joint observing and data analyzing in the past six years. They stitch together the observed images and form a giant 2D map of the universe.

Nathalie Palanque-Delabrouille, DESI co-spokesperson and a cosmologist at the French Alternative Energies and Atomic Energy Commission (CEA), said “DESI wouldn’t be getting anywhere without such large imaging surveys.”

“This is the biggest map by almost any measure. The map covers half of the sky, and digitally sprawls over 10 trillion pixelsand contains about two billion objects,” said David Schlegel, the co-project scientist for DESI and leader of the imaging project.

In the 2D map of the universe, the BASS contributes the northern sky. It is an international collaboration between NAOC and University of Arizona in the U.S. XUE Suijian from NAOC said “Chinese astronomers have joined in DESI as the builders due to the BASS contribution.”

The DESI imaging team also released eight versions of data specially for the DESI targeting. This data release is the final release. It includes the largest imaging area and the most precise object measurements, according to CUI Chenzhou, the execute director of National Astronomical Data Center.

This release will ensure to implement the DESI project successfully. In addition, the data will become the legacy data for the astronomical community all around the world and play a valuable role on the scientific applications.

BASS was supported by the Strategic Priority Research Program and External Cooperation Program of the Chinese Academy of Sciences.