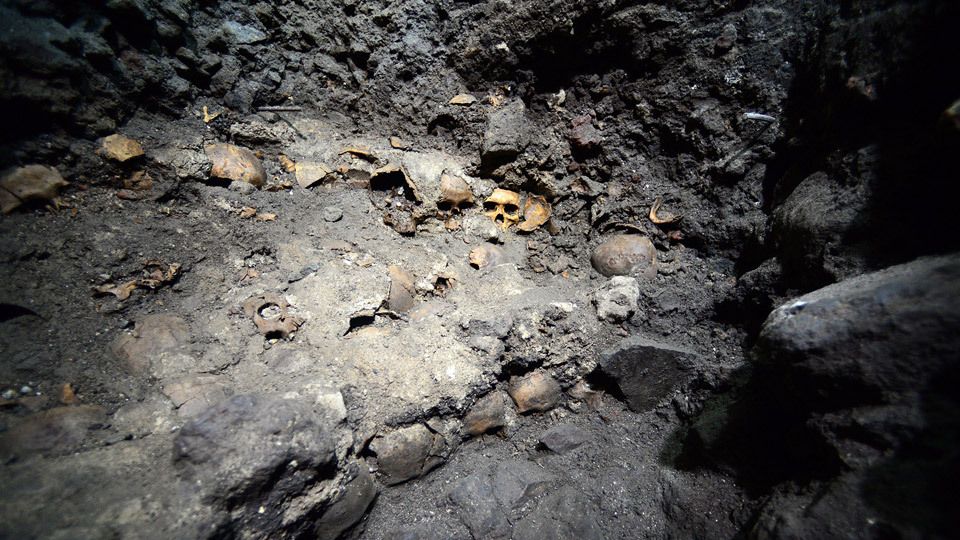 Archaeologists in Mexico City have discovered 119 human skulls arranged in a “trophy” tower that the Aztecs built about 500 years ago, according to Mexico’s National Institute of Anthropology and History.

The new finding shows just how extensive the tower is; in 2015, researchers discovered part of the tower — thought to be the main trophy site in Aztec’s capital — and since then have found a total of 603 skulls embedded in the structure. The skulls buried there are the remains of sacrificed men, women and children, according to The Associated Press (AP).

Many of the skulls, which date to between 1486 and 1502, were arranged in a multilayered circle. Part of the circle includes a section where rows of skulls were mortared together and positioned so they were facing the center of the circle, the AP reported. But it’s unknown what, if anything, they were looking at, the archaeologists said.

When the Aztecs were at the height of power during the 15th and early 16th centuries, they ruled an empire from their capital city Tenochtitlán that spanned modern-day central and southern Mexico. At that time, a huge tower of skulls would have been regarded as a sign of prestige and power, the archaeologists said.

“It is an important testament to the power and greatness achieved by Mexico-Tenochtitlán,” Alejandra Frausto, Mexico City’s culture secretary, told the AP.

The skull rack is likely from a temple honoring Huitzilopochtli, the Aztec god of sun, war and human sacrifice, and the patron of Tenochtitlán, the BBC reported.

The Aztecs created skull-adorned trophy racks, called tzompantli, by placing severed heads on poles. The heads were likely “fresh” when they were placed on the racks. It’s possible the Aztecs mortared them together once they rotted, leaving only the skull remaining.

The newfound skulls, part of a site known as Huey Tzompantli, were about 11 feet (3.5 meters) below street level. Archaeologists had to be extra careful during the dig; the excavation included an area underneath several historical buildings, the AP reported.

The researchers, who were expecting to find only the skulls of young men, or warriors, were surprised to find skulls belonging to women and children.

“Although we can’t say how many of these individuals were warriors, perhaps some were captives destined for sacrificial ceremonies,” Raul Barrera the lead archaeologist at the site, told the BBC.

“We do know that they were all made sacred,” he said, “turned into gifts for the gods or even personifications of deities themselves.”