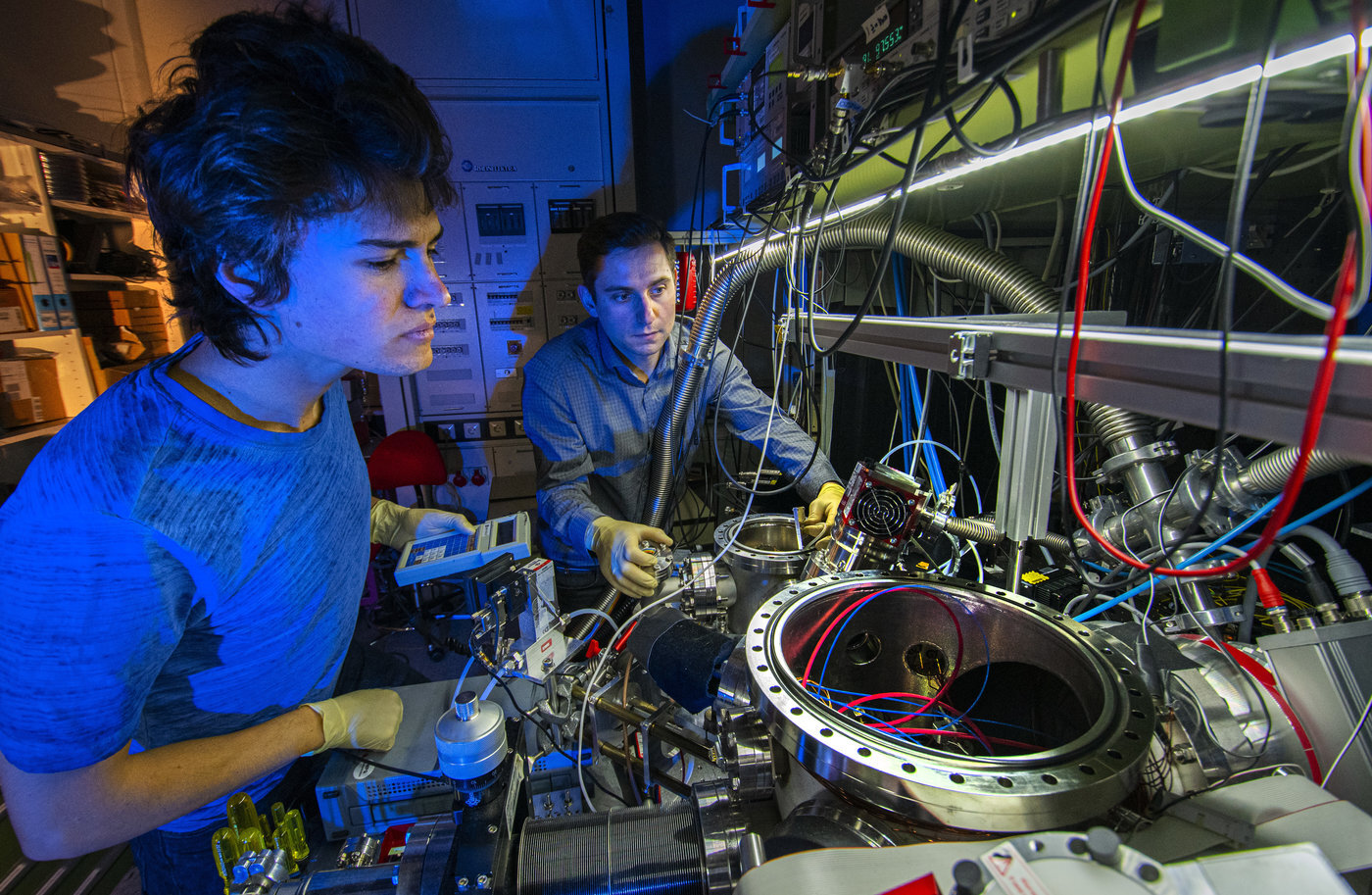 Physicists at the Max Planck Institute of Quantum Optics have tested quantum mechanics to a completely new level of precision using hydrogen spectroscopy, and in doing so they came much closer to solving the well-known proton charge radius puzzle.

Scientists at the Max Planck Institute of Quantum Optics (MPQ) have succeeded in testing quantum electrodynamics with unprecedented accuracy to 13 decimal places. The new measurement is almost twice as accurate as all previous hydrogen measurements combined and moves science one step closer to solving the proton size puzzle. This high accuracy was achieved by the Nobel Prize-winning frequency comb technique, which debuted here for the first time to excite atoms in high-resolution spectroscopy. The results are published today in Science.

Physics is said to be an exact science. This means that predictions of physical theories –  exact numbers –  can be verified or falsified by experiments. The experiment is the highest judge of any theory. Quantum electrodynamics, the relativistic version of quantum mechanics, is without doubt the most successful theory to date. It allows extremely precise calculations to be performed, for example, the description of the spectrum of atomic hydrogen to 12 decimal places. Hydrogen is the most common element in the universe and at the same time the simplest with only one electron. And still, it hosts a mystery yet unknown.

The electron in the hydrogen atom “senses” the size of the proton, which is reflected in minimal shifts in energy levels. For many decades, countless measurements on hydrogen have yielded a consistent proton radius. But Spectroscopic investigations of the so-called muonic hydrogen, in which the electron was replaced by its 200 times heavier twin – the muon – revealed a mystery. The measurements were performed in 2010 in collaboration with Randolf Pohl, at that time group leader in the Laser Spectroscopy Department of Prof. Hänsch (MPQ) and now professor at the Johannes Gutenberg University in Mainz. The value for the proton radius that can be derived from these experiments is four percent smaller than that of ordinary hydrogen. If all the experiments are thought to be correct, a contradiction to the theory of quantum electrodynamics arises as all measurements in muonic and ordinary hydrogen must report the same proton radius, when all theoretical terms are correct. In consequence, this “proton radius puzzle” motivated new precision measurements all over the world. However, while new measurements from Garching and Toronto confirmed the smaller proton radius, a measurement from Paris again supported the previous larger value.

Science thrives on independent comparisons. That’s why the Garching team led by Alexey Grinin, Arthur Matveev and Thomas Udem from Theodor Hänsch’s Laser Spectroscopy Department wanted to measure the same transition as in Paris using a completely different and thus complementary method. Using the so-called Doppler-free two-photon frequency comb spectroscopy, they have now succeeded in improving the accuracy by a factor of four. The result for the proton radius was now twice as accurate as all the previous measurements on hydrogen together. It is the first time that quantum mechanics is checked to the thirteenth decimal place. The value for the proton radius determined this way confirms the smaller proton radius and thus excludes the theory as cause. Because for the same transition, the experimental results must agree, regardless of the theory. The following figure (fig. 1) shows the current situation.

Evaluations on the validity of quantum electrodynamics are possible only with several independent measurements being compared. If the theory and its application holds true, and all experiments are conducted correctly, the values for the proton radius must agree with each other within the bounds of the experimental uncertainty. But this isn’t the case, as we can see in the picture. The disclosure of this discrepancy – the proton puzzle – opened up the possibility that quantum electrodynamics, the most precise physical theory, may be carrying a fundamental flaw. The new result however suggests that the problem is of experimental rather than fundamental nature. And quantum electrodynamics would have succeeded once again.

Blue laser light (410nm) is generated as the second harmonic of a pulsed Titanium:Sapphire laser utitlizing a nonlinear crystal.

The success of the frequency comb spectroscopy performed in this project also means an important milestone in science for another reason. Precision spectroscopy on hydrogen and other atoms and molecules has so far been performed almost exclusively with continuous wave lasers. In contrast, the frequency comb is generated by a pulsed laser. With such lasers it is possible to penetrate to much shorter wavelengths up to the extreme ultraviolet range. With continuous wave lasers, this seems to be a hopeless endeavor. Highly interesting ions, such as the hydrogen-like helium ion, have their transitions in this spectral range, but even more than 100 years after the development of the first quantum theory, they cannot be studied precisely, which means with laser light. The experiment now presented is an essential step to change this unsatisfactory situation. In addition, it is hoped that these ultraviolet frequency combs will allow biologically and chemically important elements such as hydrogen and carbon to be cooled directly by laser, enabling science to study them with even higher precision.