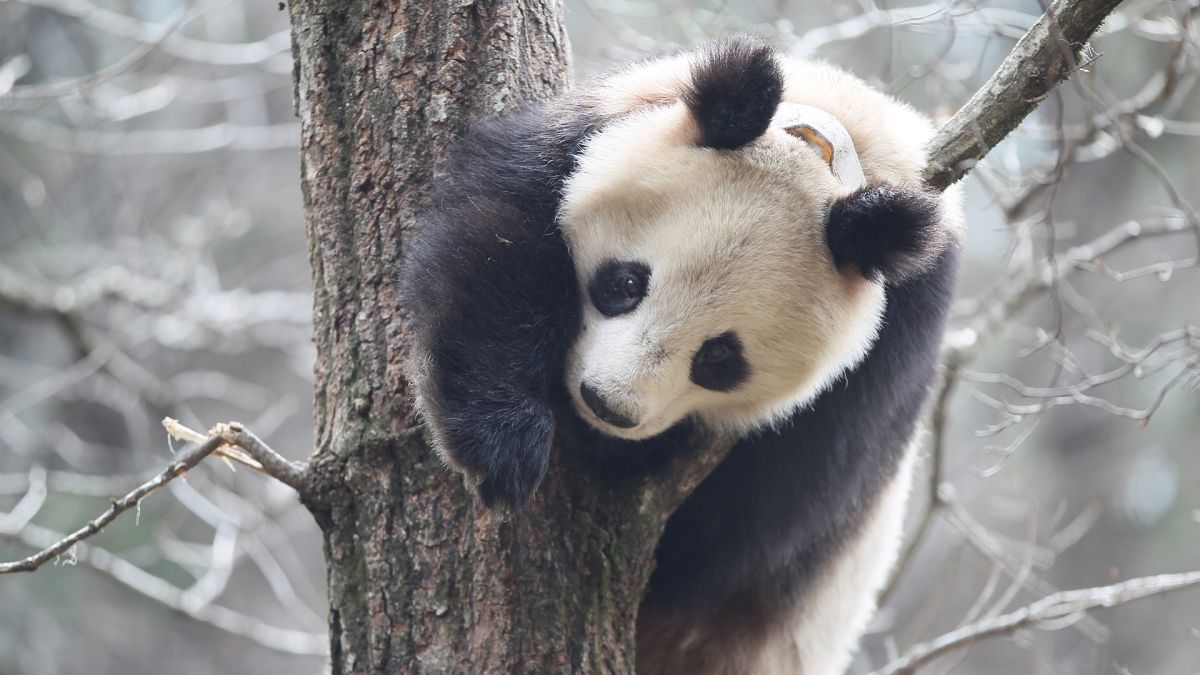 It seems only fitting that 2020 would be the year when we learn that giant pandas, arguably the cutest of all bears, enthusiastically roll in horse manure — the fresher the better — leaving their entire bodies liberally covered in fresh feces.

But the pandas are doing it for a good reason; these poo “baths” may help the bears keep warm in their mountain habitat, scientists recently discovered.

Researchers observed this stinky habit in wild Qinling giant pandas (Ailuropoda melanoleuca qinlingensis), a subspecies that lives in the Qinling Mountains in China’s Shaanxi Province. The pandas sniffed and wallowed in piles of fresh horse dung, and the frequency of their poop parties typically peaked when temperatures were low, according to a new study.

Related: In photos: The life of a giant panda

In 10 years of observing the Qinling pandas in the wild, scientists began to notice that the bears would frequently display certain behaviors when they encountered fresh horse dung. They would sniff the manure; rub against the manure with their cheeks; roll in the manure; and finally smear the manure over their bodies.

To better understand what the pandas were doing, the researchers installed 24 infrared camera traps in a protected area of the Qinling Mountains where more than 20 pandas lived, recording 38 instances of pandas’ poo parties between July 2016 and June 2017.

“We were surprised to find that the captured events occurred in certain months but not the whole year, implying a pattern of seasonal behavior,” they wrote in the study, published Dec. 7 in the journal Proceedings of the National Academy of Sciences.

But what could explain the pandas’ fecal attraction? The scientists suspected that it might have something to do with two compounds that are plentiful in fresh horse manure — which the pandas preferred — but are scarce in older dung: beta-caryophyllene (BCP) and caryophyllene oxide (BCPO). To confirm this preference, the researchers tested captive pandas in the Beijing Zoo using artificial dunghills made of hay, and the captive pandas “frequently visited” the dunghills treated liberally with BCP and BCPO, but showed little interest in dunghills that weren’t saturated with the compounds.

Because the panda’s poo-rolling was seasonal, the scientists questioned if temperature might be a factor, and they found that mice treated with BCP and BCPO were less susceptible to cold. It’s possible that the nerve endings in pandas’ skin contain receptors for the compounds; rolling in poo would then temporarily make the pandas less sensitive to winter’s chill, the researchers reported.

Wild pandas may have been introduced to this unexpected benefit by ancient trade routes in China that bisected their mountain habitats during the fourth century B.C., the scientists wrote. With horses a constant presence on the road from the Kingdom of Shu (in what is now Sichuan Province) to the capital city of Chang’an (known today as Xi’an, the capital of Shaanxi Province), pandas would have acclimated over time to the scent of horse manure, leading them to investigate and eventually discover a smelly reward for their curiosity, according to the study.