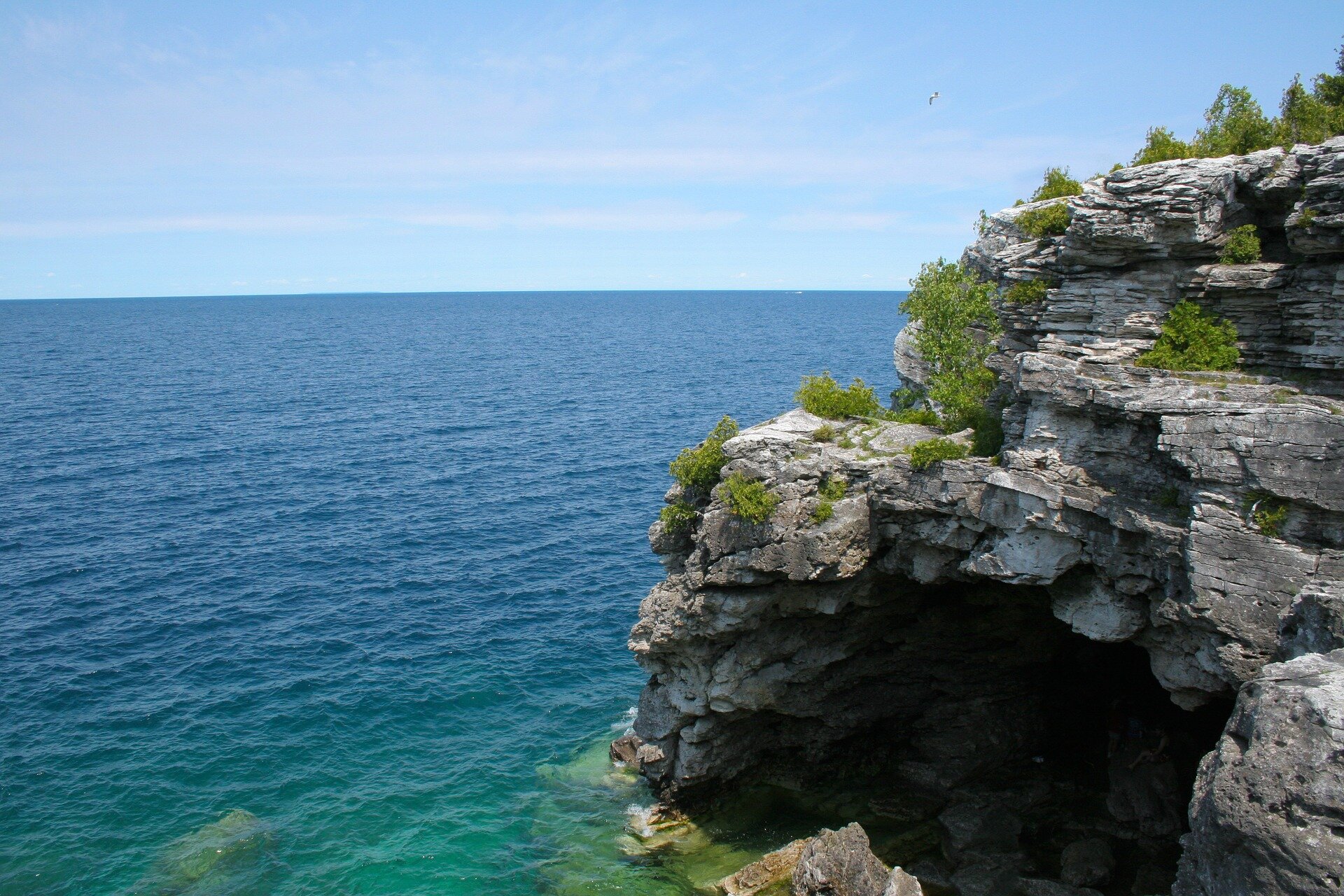 With the Earth on track to finish out another year among the warmest on record and the impact of climate change mounting around the globe, advocates around the Great Lakes are looking ahead to what a new administration could mean for the Midwest, the region containing one of the world’s largest freshwater sources.

Much is at stake when it comes to the Great Lakes region. Warming temperatures and more precipitation can mean more flooding. Shoreline protections are up against rising lake levels and million-dollar damage storms. Invasive species threaten to upend ecosystems and toxic algae blooms are intensifying. Human health is at risk if water quality takes a hit.

And yet, Great Lakes advocates say there are reasons for hope.

“This is not shades of gray,” said Howard Learner, executive director of the Environmental Law and Policy Center. “After four years of the Trump administration seeking to roll back more than 100 environmental and public health safeguards, the Biden-Harris administration is a breath of fresh air for those of us who care about protecting the environment.”

One of the first signs of change is likely to come with the rejoining of the Paris climate accord, which aims to curb warming below 2 degrees Celsius from pre-industrial times, and ideally under 1.5 degrees Celsius—the threshold believed to stave off catastrophe.

Almost all countries have signed on to the agreement. The U.S. formally left the agreement this year after years of President Donald Trump criticizing the pact. President-elect Joe Biden pledged this month to rejoin on day one of his presidency.

Biden also pledged to convene world leaders for a climate summit in his first 100 days. The Biden campaign has said it will set a target of net zero emissions by 2050.

“We should never have left it in the first place,” said Don Wuebbles, a University of Illinois professor of atmospheric sciences who served as a White House science adviser, about the accord.

“I would never claim that it is a perfect agreement, but the reason I would say that is not what the existing administration says. I would say it’s because it doesn’t go far enough,” Wuebbles said. “The costs to our society are much greater from not doing something than it would be to tackle this and say, OK, as a society we have to deal with the fact that these energy and transportation-related emissions, yes, they might have some negative impacts on our economy in the short run. But in the long run, we can build a stronger economy because we’ve done something about it.”

As Biden’s climate team comes together, some also expect a shift among federal agencies toward reemphasizing climate change.

That includes getting “back to basics” with staffing, budget and enforcement capacity at the Environmental Protection Agency, said Joel Brammeier, president and CEO of the Alliance for the Great Lakes.

“Both Chicagoans and the communities around Chicago have some of the most outmoded, outdated, crumbling water infrastructure in the country,” Brammeier said. “So that needs to be fixed, it needs to be upgraded, it needs to be replaced. And cities, suburbs have varying abilities to do that on their own. Frankly, most of them don’t have the ability to do everything that’s needed on their own.”

“For example, more investment in green infrastructure so we can handle these rainfall events that cause so much flooding and cause so much damage,” Angel said. “We can have structures that can reduce that flooding, as well as reduce the impacts on water quality.”

Advocates have their eye on the Great Lakes Restoration Initiative, a program from federal agencies that funds coastal restoration and cleanup projects. The Trump administration sought to cut funding by 90% and then the president later falsely claimed he was restoring funding for the program, which has generally had strong bipartisan support and was safeguarded by Congress.

Congress authorized the program for another five years, calling for annual funding to increase from $300 million to $475 million by 2026.

“When it comes to protecting the Great Lakes and protecting safe, clean drinking water, here in the Midwest, that’s not a partisan issue,” Learner said.

Now, the incoming administration can reaffirm its commitment to the initiative, Brammeier said. “I think this administration has a real opportunity to put its stamp on that through the lenses of environmental justice and climate change and make sure that it’s addressing the most urgent priorities for the Great Lakes across the region.”

“And that increased funding will be super crucial,” Murphy said. “It just means we can do more, including protecting habitat, protecting clean drinking water, controlling invasive species, among so many other things.”

Audubon Great Lakes is also looking to the Biden administration to help protect wildlife, especially with the Migratory Bird Treaty Act, threatened during the Trump administration.

“We’ve seen a huge loss of birds, not only in our region but across the United States,” Murphy said. “We know that they’re an indicator species for what’s happening to the environment, so if they’re in trouble, so are we.”

Funding for the Great Lakes Coastal Resiliency Study, headed by the U.S. Army Corps, is a wish list item. The study would search for vulnerable areas along Great Lakes’ coasts.

“And that’s of course top of mind for some communities right now because of the extreme water levels in the Great Lakes,” Brammeier said.

A report reevaluating Chicago’s shoreline could also come into play.

One long-term project likely to be watched closely is the cleanup of contaminated Superfund sites, some of which are susceptible to flooding.

“That’s not something that can be done by the new administration on day one but we believe that it’s a matter of basic civil rights, that people should not have to live in communities with toxic threats,” Learner said. “And one challenge for the incoming administration will be to find ways to accelerate the cleanups of the old toxic sites that are located around the industrial Midwest.”

Regardless of what happens next with the national approach to climate change, there are already tangible effects, said Trent Ford, the state’s climatologist.