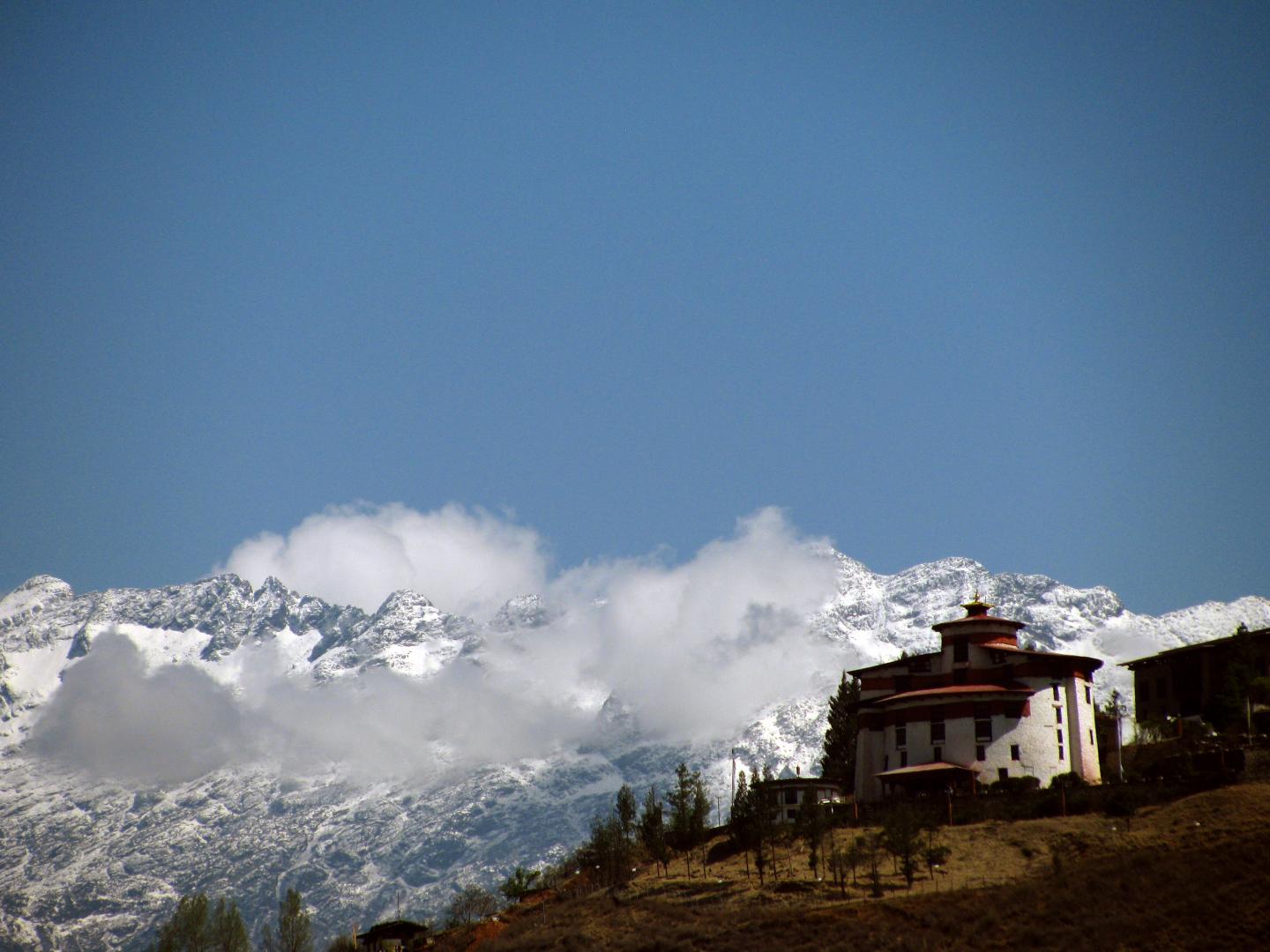 A pioneering technique which captures precisely how mountains bend to the will of raindrops has helped to solve a long-standing scientific enigma.

The dramatic effect rainfall has on the evolution of mountainous landscapes is widely debated among geologists, but new research led by the University of Bristol and published today in Science Advances, clearly calculates its impact, furthering our understanding of how peaks and valleys have developed over millions of years.

Its findings, which focused on the mightiest of mountain ranges – the Himalaya – also pave the way for forecasting the possible impact of climate change on landscapes and, in turn, human life.

Lead author Dr Byron Adams, Royal Society Dorothy Hodgkin Fellow at the university’s Cabot Institute for the Environment, said: “It may seem intuitive that more rain can shape mountains by making rivers cut down into rocks faster. But scientists have also believed rain can erode a landscape quickly enough to essentially ‘suck’ the rocks out of the Earth, effectively pulling mountains up very quickly.

“Both these theories have been debated for decades because the measurements required to prove them are so painstakingly complicated. That’s what makes this discovery such an exciting breakthrough, as it strongly supports the notion that atmospheric and solid earth processes are intimately connected.”

While there is no shortage of scientific models aiming to explain how the Earth works, the greater challenge can be making enough good observations to test which are most accurate.

The study was based in the central and eastern Himalaya of Bhutan and Nepal, because this region of the world has become one of the most sampled landscapes for erosion rate studies. Dr Adams, together with collaborators from Arizona State University (ASU) and Louisiana State University, used cosmic clocks within sand grains to measure the speed at which rivers erode the rocks beneath them.

“When a cosmic particle from outer space reaches Earth, it is likely to hit sand grains on hillslopes as they are transported toward rivers. When this happens, some atoms within each grain of sand can transform into a rare element. By counting how many atoms of this element are present in a bag of sand, we can calculate how long the sand has been there, and therefore how quickly the landscape has been eroding,” Dr Adams said.

“Once we have erosion rates from all over the mountain range, we can compare them with variations in river steepness and rainfall. However, such a comparison is hugely problematic because each data point is very difficult to produce and the statistical interpretation of all the data together is complicated.”

Dr Adams overcame this challenge by combining regression techniques with numerical models of how rivers erode.

“We tested a wide variety of numerical models to reproduce the observed erosion rate pattern across Bhutan and Nepal. Ultimately only one model was able to accurately predict the measured erosion rates,” Dr Adams said.

“This model allows us for the first time to quantify how rainfall affects erosion rates in rugged terrain.”

Research collaborator Professor Kelin Whipple, Professor of Geology at ASU, said: “Our findings show how critical it is to account for rainfall when assessing patterns of tectonic activity using topography, and also provide an essential step forward in addressing how much the slip rate on tectonic faults may be controlled by climate-driven erosion at the surface.”

The study findings also carry important implications for land use management, infrastructure maintenance, and hazards in the Himalaya.

In the Himalaya, there is the ever-present risk that high erosion rates can drastically increase sedimentation behind dams, jeopardising critical hydropower projects. The findings also suggest greater rainfall can undermine hillslopes, increasing the risk of debris flows or landslides, some of which may be large enough to dam the river creating a new hazard – lake outburst floods.

Dr Adams added: “Our data and analysis provides an effective tool for estimating patterns of erosion in mountainous landscapes such as the Himalaya, and thus, can provide invaluable insight into the hazards that influence the hundreds of millions of people who live within and at the foot of these mountains.”

The research was funded by the Royal Society, the UK Natural Environmental Research Council (NERC), and the National Science Foundation (NSF) of the US.

“This new frontier of landscape evolution modelling is also shedding new light on volcanic processes. With our cutting-edge techniques to measure erosion rates and rock properties, we will be able to better understand how rivers and volcanoes have influenced each other in the past,” Dr Adams said.

“This will help us to more accurately anticipate what is likely to happen after future volcanic eruptions and how to manage the consequences for communities living nearby.”