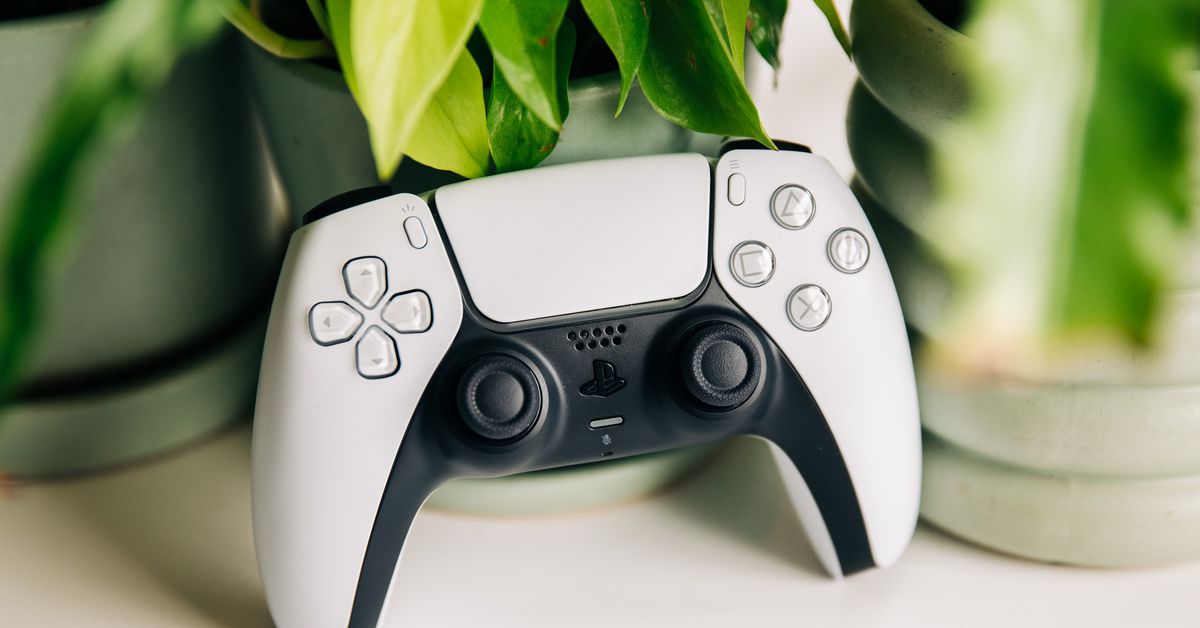 Most of the new upgrades happen on the inside of the controller. (Stan Horaczek /)

Video game controllers have been rumbling since the ’90s. Back then, Nintendo’s N64 Rumble Pack jiggling away in a gamepad felt slightly magical. Controller feedback has evolved since then, but Sony’s new PS5 DualSense controller feels like a leap when it comes to integrating the controller into the overall gaming experience.

So far, our short PS5 experience is limited to the Cooling Springs level of a game called Astro’s Playroom. In it, you’re an adorable robot tasked with jumping around a 3D world, collecting coins and whimsically bopping bad guys in tasks designed to familiarize players with the DualSense controller while showing off what it can do.

From the moment the controller starts vibrating, it’s obvious that the tech inside goes well beyond simple rumbling. The haptics inside feel much more pronounced than typical vibration—they’re also tighter and more responsive. Splashing into the water in the level feels different than jumping onto dry land—you might be able to tell which is which even with your eyes closed. The feeling in your hands now more closely mimics what you see on screen. This effect is even more pronounced with subtle vibrations. Each step gives you a light buzz that adapts based on the surface on which your little robot is running.

No one’s hand looks good when holding a controller in this position. (Stan Horaczek /)

If you have a Nintendo Switch, the vibrations should feel vaguely familiar—the system uses a similar haptic technology to Nintendo’s HD Rumble feature.

When your character runs through a sandstorm, there’s a general rumble, but it’s augmented with tiny spikes that almost feel like individual grains of sand hitting the controller. It’s a small detail that makes a big difference. You get used to the shaking during the level, but there are moments where the power ramps up substantially to the point where it’s actually surprising. The dynamic range of the vibration is impressive.

To augment the immersive effect from the vibration, Sony has also equipped the DualSense with a more powerful speaker than previous controllers. When you pick up a coin in the game, the ding comes from directly in front of you rather than all the way from the TV. It feels more like you picked up a coin. I didn’t notice how much of a difference the controller sounds made until I plugged in headphones and they went away. The controller sounds provide a 3D element that I really enjoy.

The DualSense (above) has longer grips than the PS4 controller (below). (Stan Horaczek /)

The level in Astro’s Playroom also showed off a little of the DaulSense’s adaptive trigger tech. You can use the shoulder buttons on top of the controller to adjust the resistance required to press them depending on in-game action. So, when your little robot buddy is in a robotic frog suit and you want to charge up his jump, you have to hold down the trigger, which increases resistance along the way.

The layout is familiar, but it feels different as soon as you start playing the game. (Stan Horaczek /)

During the frog suit portion of the level, the character rocks back and forth on a spring. The DualSense emits a creaking sound as Astro sways and the controller vibrates just slightly. While you’re playing, it feels totally natural. When you take a moment to really feel what the controller is doing, however, the subtlety is really impressive.

Obviously, the overall impact of these controller features comes down to support in the future. This level of Astro’s Playroom is obviously designed specifically to show off the DualSense features, but other developers will have to put in the work to make it shine like it does here. I fully expect for a horror game to use the advanced haptics to scare the hell out of me. I’m looking forward to it.