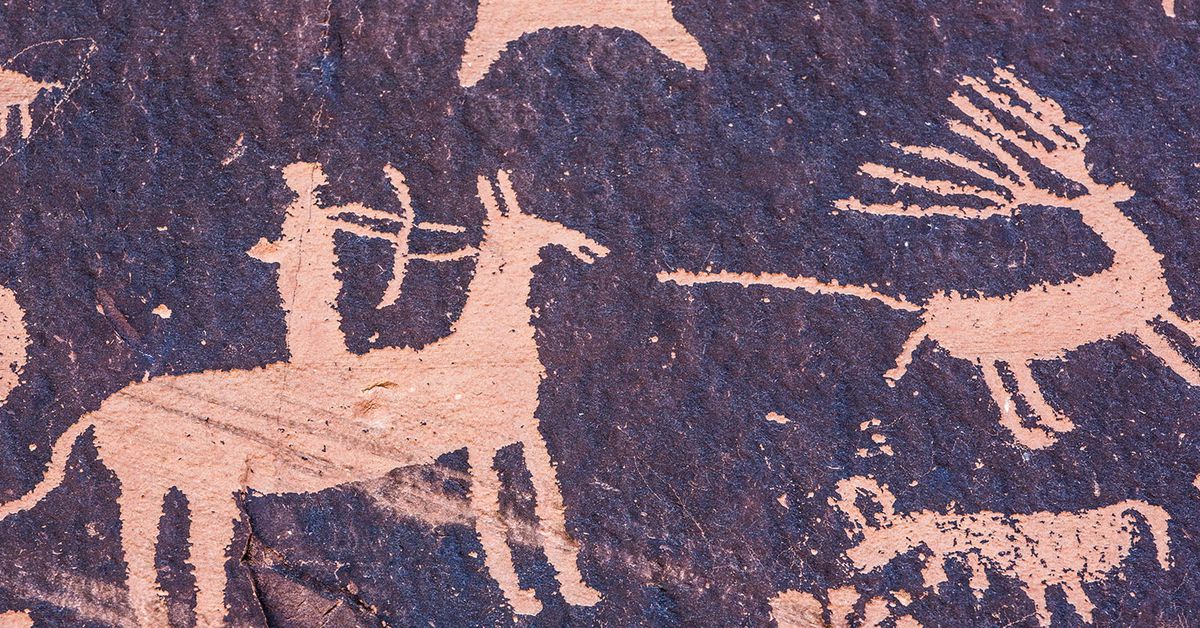 Henry Bunn is a professor at the University of Wisconsin who studies African paleoanthropology and ancient hunting practices. This story originally featured on Outdoor Life.

It’s November, opening morning of firearms deer season in Wisconsin. I’m in my treestand just inside the woods, above a well-worn escape route from open land I can’t hunt that’s used by the year-round-resident whitetails.

I see six does with a 10-point buck in the open land. As they move farther away, I am curious: What would they do if I shot into the ground? My gunshot echoes in the narrow valley, making it difficult to pinpoint the source of the noise. After the sound settles, does burst through a gap in the woods and disappear into the brush below my stand. I hold my breath as the buck quarters toward me in a clearing only 25 yards away. I take the shot. I feel lucky but also regretful that my anticipated long day in the woods is over, with plenty of processing work ahead.

Admittedly, along with luck, my understanding of resident deer habits helped me punch my buck tag. A modern hunter with knowledge of whitetail behavior and sophisticated modern weaponry can successfully ambush deer. That raises questions about ­human hunting capabilities. Do modern humans have the capabilities—­physical and sensory—of ancient hunters? Or have we lost those skills because of our reliance on technology? My short answer to both questions is yes.

Recent analyses from archaeological sites in Olduvai Gorge, in East Africa’s Great Rift Valley, established the capability of humans living nearly 2 million years ago to ambush wildebeest-size prey using simple wooden spears at close range. I believe that humans ­today still possess the capabilities of the ancients. Those skills remain ­underdeveloped, however, because we can get by without them.

To compensate for their cognitive limitations, the ancients probably had to rely on their senses to survive as hunters in a crowded African savanna community of well-adapted carnivores and prey. People today have brains two to three times larger than the ancients’, a difference that fuels the invention of sophisticated hunting weaponry. Humans today, therefore, can hunt with less reliance on fundamental senses and instead rely on advanced technology.

Still, it’s worth looking at examples of traditional hunter-gatherers surviving today who possess well-developed sensory skills and lethal weaponry. Hadza men of northern Tanzania, for example, leave camp daily to walk the savanna woodland in search of food, armed with wooden longbows and a selection of poisoned arrows. Most times hunting fails, even in an animal-rich setting. Their most successful alternative: ambush hunting from blinds over water holes during the days and moonlit nights of the dry season. That’s an example of adaptation and the use of lethal technology.

The Kalahari Desert in southern Africa, in contrast, has a lower density of prey animals and fewer hunting opportunities. Kalahari hunters have legendary tracking skills for good reason: They need to capitalize on any contact with animals. Taking the time and ­effort to catch up to the animal is worth it because opportunities are so few.

As these examples illustrate, humankind has not lost the sensory capabilities for hunting; we see those expressed in hunting peoples today. Those skills often remain undeveloped in modern societies because we can compensate for their atrophy through sophisticated technology. In our community of modern hunters, many dedicated and skilled members know this and do well with less technological advantage, choosing to use traditional longbows instead of compound bows or firearms, because it restores a premium on fundamental skills and woodcraft.

This hunting season, I challenge you to channel the skills and senses passed down to you by your ancestors, and to get in the field more often, observe, practice, prepare, and enjoy the hunt.