Hawaii managed COVID-19 better than any other state, but its residents are still at risk 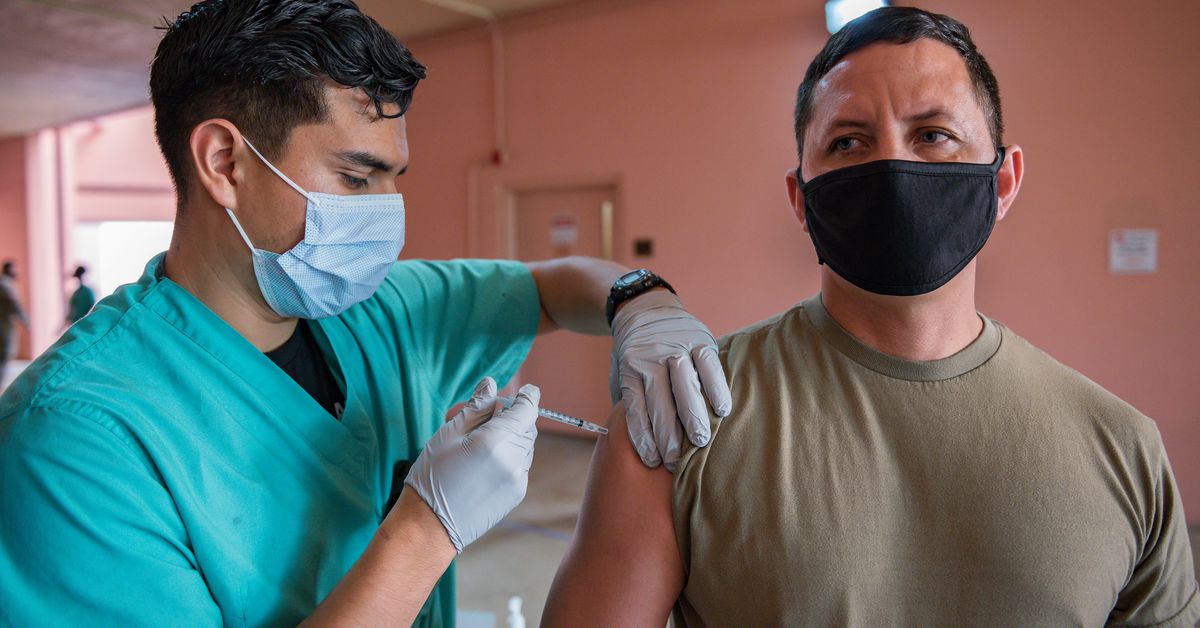 Hawaiians largely fended off COVID-19, even before the arrival of the vaccine. But some populations remain vulnerable. (Sergeant John Schoebel/U.S. Army National Guard/)

Surrounded by Pacific waters, 2,500 miles away from the continental US, Hawaii is in a unique position to weather COVID-19. On the one hand, the state’s economy has nosedived with the tourism industry, leaving many residents unemployed. On the other, Hawaii is doing better than almost any other state at curbing the spread of the coronavirus.

Despite having one of the oldest populations in the country, Hawaii has the lowest number of total COVID-19 deaths per capita out of any state, with 22 deaths for every 100,000 people. In the past seven days it’s also had the lowest rate of new COVID-19 cases in the country. Balmy temperatures that allow for more time outside, where transmission is less likely, have helped, says Kelley Withy, a professor of family medicine at the John A. Burns School of Medicine in Hawaii and director of the Hawai’i/Pacific Basin Area Health Education Education Center. But a crucial part of the state’s success is that residents are highly compliant with COVID-19 precautions: 94 percent consistently wear masks, and only 6 percent wear them incorrectly.

“It’s a very collaborative, family-oriented culture. We want to protect those in the community,” Withy says. “We have a lot of respect for our elders, or our kupuna, as we call them. And people recognize that we’re doing this for them.”

But if cases surge in a remote part of the state, like most of Maui and Kauai counties, the medical system could fall apart due to a shortage of doctors. Hawaii employs 1,008 fewer physicians than any similarly sized and populated area in the continental US. The deficit has existed ever since Withy and her colleagues started tracking it in 2010, but it’s widened by about 200 experts in the past year. Part of the reason is that Hawaii has the highest cost of living of any state but has among the lowers doctors’ salaries. And because many Hawaiian physicians are older—21 percent are 65 or above—dozens have retired or reduced the number of hours they work during the pandemic. With the plummeting tourism industry, the state also doesn’t have enough resources to prepare emergency replacements. “We’d have to put a significant investment into medical training to train enough [medical staff to handle a COVID-19 outbreak],” Withy says. “And right now, we’re broke.”

Another factor the state is concerned about is racial inequities in COVID-19 burden, Withy says. Pacific Islanders make up only 4 percent of the state’s population but account for 25 percent of all cases and 31 percent of hospitalizations. This disparity is not limited to Hawaii: Pacific Islanders across the country have been disproportionately affected by COVID-19. The group has long faced health disparities due to factors such as racism and colonialism that have led to high levels of poverty and unemployment. Crowded conditions in multigenerational homes may also put them at increased risk of infection.

With overall rates of COVID-19 still low, Hawaii hopes to attract more tourists to its shores. The state’s economy is reliant on tourism, and the unemployment rate reached 34 percent in early May. But contact tracers in the state have only attributed a small proportion of cases to visitors—and the government is hoping to attract more visitors through its Safe Travels program, which includes a combination of testing and quarantine. “We want tourists back,” Withy says. “But we want healthy tourists.”