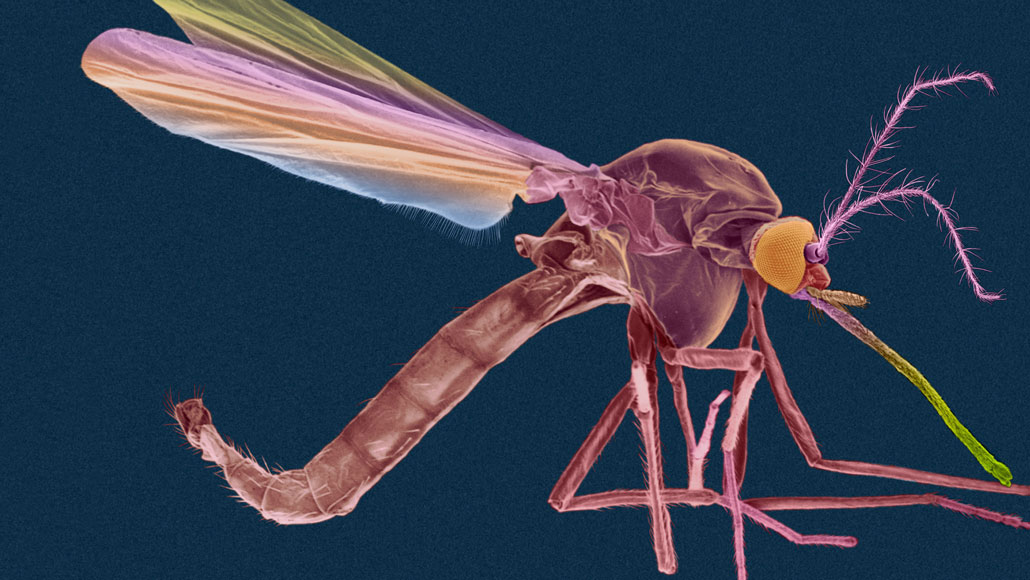 A few minutes in the microwave made a common insecticide about 10 times more lethal to mosquitoes in lab experiments.

The toxin deltamethrin is used around the world in home sprays and bed nets to curb the spread of mosquito-borne diseases like malaria — which kills over 400,000 people each year, according to the World Health Organization. But “mosquitoes the world over are showing resistance to deltamethrin and [similar] compounds,” says Bart Kahr, a crystallographer at New York University who has helped develop a more potent form of deltamethrin by heating it.

This form of deltamethrin may stand a better chance of killing insecticide-resistant pests, Kahr and colleagues report online October 12 in the Proceedings of the National Academy of Sciences. Malaria has been essentially eradicated in the United States, but more effective pesticides could be a boon for regions like sub-Saharan Africa, where the disease is a major public health problem.

Kahr’s team increased the potency of commercial deltamethrin dust spray simply by melting a vial of it — either by heating it to 150° Celsius in an oil bath for five minutes or by popping it in a 700-watt microwave for the same amount of time. While the microscopic deltamethrin crystals in the original spray have a haphazard structure, which looks like a jumble of misaligned flakes, the melted deltamethrin crystals solidified into starburst shapes when they cooled to room temperature.

Chemical bonds between deltamethrin molecules in the starburst-shaped crystals are not as strong as those in the original microcrystal structure. “The molecules are intrinsically less happy, or settled, in the arrangement,” Kahr says. So, when a mosquito lands on a dusting of starburst-shaped crystals, it should be easier for deltamethrin molecules to be absorbed into the insect’s body via its feet.

The researchers tested the more potent version of deltamethrin on lab-bred mosquitoes from two species: Anopheles quadrimaculatus, which can spread malaria, and Aedes aegypti, which can transmit other life-threatening diseases, such as Zika and dengue (SN: 1/8/19). Forty mosquitoes of each species were released into petri dishes coated in the original deltamethrin dust spray, and another 40 into a dish covered in the new form of the insecticide.

Although A. quadrimaculatus can carry the parasite that causes malaria, this mosquito species is native to North America, where the disease is not a major public health crisis. To ensure the new type of deltamethrin would be effective in the world’s malarial hot spots, “we need to do these experiments with species called gambiae and funestus, which are the African Anopheles mosquito species,” Kahr says, as well as the six major malaria-spreading Anopheles species in South Asia.

Heat treatment for deltamethrin sprays “might increase their toxicity, but there are several obvious experiments that we would need to do before we would even think about adding this to the production system,” says Janet Hemingway of the Liverpool School of Tropical Medicine in England, who studies mosquito insecticide resistance.

First, researchers need to test the new version of the insecticide against pesticide-resistant mosquitoes. Mosquito resistance to deltamethrin, along with other chemicals in the class of synthetic pesticides known as pyrethroids, is a growing problem (SN: 6/29/12). “My prediction … is that [the insects] would be highly resistant to both forms,” Hemingway says.

Researchers also need to ensure that the more toxic form of deltamethrin is safe for people to be around, says Hemingway, who was not involved in the study. “Bottom line — interesting observation, but one that is a good distance from something that could be implemented.”