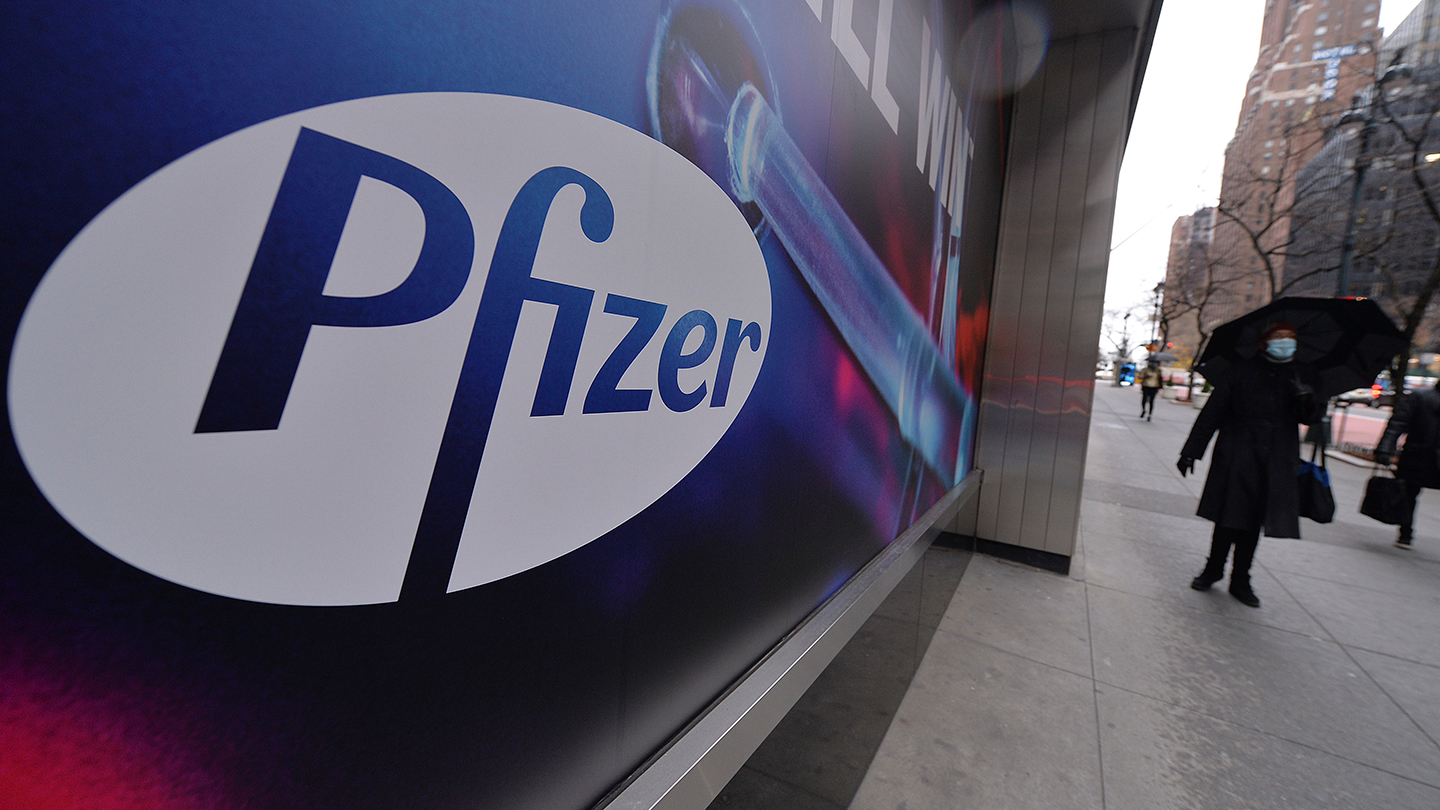 The recent success of some coronavirus vaccines in late-stage clinical trials has inched us closer to the end of the pandemic — a glimmer of hope in a long year of living with the virus.

The U.S. Food and Drug Administration is gearing up to consider emergency use authorization for Pfizer and BioNTech’s COVID-19 vaccine on December 10 and for Moderna’s on December 17.  But there are still crucial questions about how these vaccines and others will work once they get injected into people around the world.

While vaccinated people — especially those at highest risk of the worse COVID-19 complications — could soon be protected from severe illness and death, the shots may not yet signal a return to normal life.

Here’s what to know about these first vaccines and what their rollout might mean.

Q: Can you still get infected, and infect others, if you get vaccinated?

A: Possibly. None of the vaccines tested so far have been 100 percent effective so some vaccinated people may still catch the coronavirus.

What’s more, neither the Pfizer nor the Moderna vaccine trials tested whether the vaccines prevent people from being infected with the virus. Those trials, instead, focused on whether people were shielded from developing disease symptoms. That means that it’s not clear whether vaccinated people could still develop asymptomatic infections — and thus still be able to spread the virus to others.

In a separate trial, AstraZeneca and the University of Oxford have reported that they found fewer asymptomatic cases among people who had gotten their vaccine than in a comparison group (SN: 11/23/20). That might suggest some protection against infection as well as illness. But it remains to be seen how any of these vaccines actually affect transmission.

It is important to remember that you can’t get COVID-19 directly from the vaccines being evaluated now as none of them contain the complete virus.

Q: So how are these vaccines useful?

A: These vaccines seem to reduce the likelihood a person will develop symptoms if they are infected as well as the severity of illness. That could be an enormous help in keeping people out of hospitals, preventing deaths and perhaps reducing some of the long-term side effects of COVID-19. Those include heart and lung problems that some people develop after a bout of the disease.

It’s true that an ideal vaccine would lower the risk of transmission. But not all do. Influenza vaccines, for example, may not protect against all infections, particularly when those shots don’t perfectly match the virus strains circulating each year. Other times, the shots lessen the chance of infection, but don’t completely eliminate it because influenza viruses mutate quickly and can slip by immune defenses erected by even well-matched vaccines. But even imperfect vaccines can make flu illnesses less severe.

Q: Will people still need to still wear a mask and socially distance after being vaccinated?

A: Yes. It takes several weeks to build up vaccine-induced antibodies and other immune defenses, and both vaccines from Pfizer and Moderna require a booster dose 21 to 28 days after the first dose. So the full protection offered by the vaccines would take at least a month to develop.

And since the vaccines don’t work perfectly, and it’s not known yet whether they prevent infection, it’s possible that a vaccinated person might get the virus and be able to pass it on to others.

Although the vaccines may help in controlling the pandemic, “people have to understand that this is not a magic wand,” Peggy Hamburg, a former commissioner of the FDA said December 3 during a news conference hosted by SciLine, an independent, free service for journalists based at the American Association for the Advancement of Science. It “doesn’t mean that suddenly we can abandon all the other activities that have been so important to reducing rates of infection.”

In other words, people will still need to wear masks, socially distance, wash their hands and avoid large gatherings, especially indoors. Plus, it will take time to vaccinate everyone. Until that happens and until it’s clear how well the vaccines prevent transmission, other safety measures will still be needed, Hamburg stressed.

Q: Are these vaccines safe?

A: So far, they appear to be safe. Most vaccine side effects happen within the first weeks to months after getting a vaccine, which is why the FDA required companies to have two months of safety data before applying for emergency use authorization.

Data collected in clinical trials indicate that side effects of the vaccines include fever, headache, arm soreness, redness at the injection site and a feeling of being rundown. Such side effects are common for vaccines approved for other diseases.

“Those are things we expect, and we’ve been very reassured that we haven’t seen cases of things we would not expect,” said C. Buddy Creech, director of the Vaccine Research Program at Vanderbilt University in Nashville. Creech, who is involved in the Phase III clinical trials testing safety and efficacy of the Moderna vaccine as well as Johnson & Johnson’s, spoke December 3 during a news conference sponsored by the Infectious Diseases Society of America.

Even after the vaccines are rolled out to the public, government regulators, health care organizations and manufacturers will continue to collect safety data.

Q: When might groups such as kids or pregnant women be vaccinated?

A: None of the vaccines have been tested yet in kids under 12 or in pregnant women, so both groups are likely going to be near the back of the vaccination line.

Women of childbearing age in particular make up a large proportion of health care workers and frontline workers, “so we really don’t have a vaccine for everyone until we have a vaccine for pregnant women,” said Kathleen Neuzil of the University of Maryland School of Medicine in Baltimore during the Infectious Diseases Society news conference on December 3.

Researchers have been waiting to get data from animal studies on how the vaccines might affect reproduction and development before testing in pregnant people. Some companies now are close to the end of such studies, and may begin testing the vaccines in pregnant women soon, said Neuzil, who is director of the Center for Vaccine Development and Global Health at the medical school.

For children, researchers were mostly waiting to find out how effective the vaccines are. Now that at least the first vaccines are reporting high effectiveness at preventing symptoms, the benefit of getting the vaccine probably outweighs any risks, making companies more comfortable testing in children.

Pfizer has been testing its vaccine in adolescents 12 and older, and Moderna plans to do so soon. This is typical of the process of vaccine testing, which starts with healthy adults and works down to adolescents, and then to younger children, William Moss of the Johns Hopkins Bloomberg School of Public Health in Baltimore said December 3 during a Johns Hopkins news conference.

Moss, who is executive director of the International Vaccine Access Center at Johns Hopkins, said he is hopeful that by the fall school term in 2021 there will be a vaccine for children 12 and older. By then, “I think we have a good shot of having a vaccine for even younger children as well,” he says.

Q: Can these vaccines help us achieve herd immunity?

A: Scientists are still working out how many people must have immunity to the virus to starve outbreaks of susceptible hosts and bring the pandemic to an end. Most estimates fall between 60 to 80 percent of a population, though how many people will need to be vaccinated to reach this point is still unclear and depends on vaccine efficacy.

If vaccines were maximally effective at preventing disease and transmission, vaccinating enough people to precisely hit the herd immunity threshold would be sufficient. But less effective vaccines require more people to be vaccinated, to account for potential gaps in immunity.

In general, some vaccines are more effective at reducing severity of disease than reducing transmission. And like we’ve noted above, it’s still unclear how vaccines such as those from Pfizer and Moderna affect transmission. If these vaccines don’t prevent transmission at all, achieving herd immunity via vaccination becomes impossible. But such a scenario is very unlikely: By lowering disease severity, the vaccines could likely decrease transmission by reducing the number of days a person sheds infectious virus, for instance. For now, scientists await more data.

Even if the vaccines do end up reducing transmission effectively, reaching herd immunity globally will require equitable distribution of vaccines, which will be challenging given the logistical requirements of the current slate of vaccines (SN: 12/3/20). If people living in poorer, more rural areas cannot access the vaccines, outbreaks could persist in these regions and prevent an ultimate end to the pandemic if the problem were widespread.