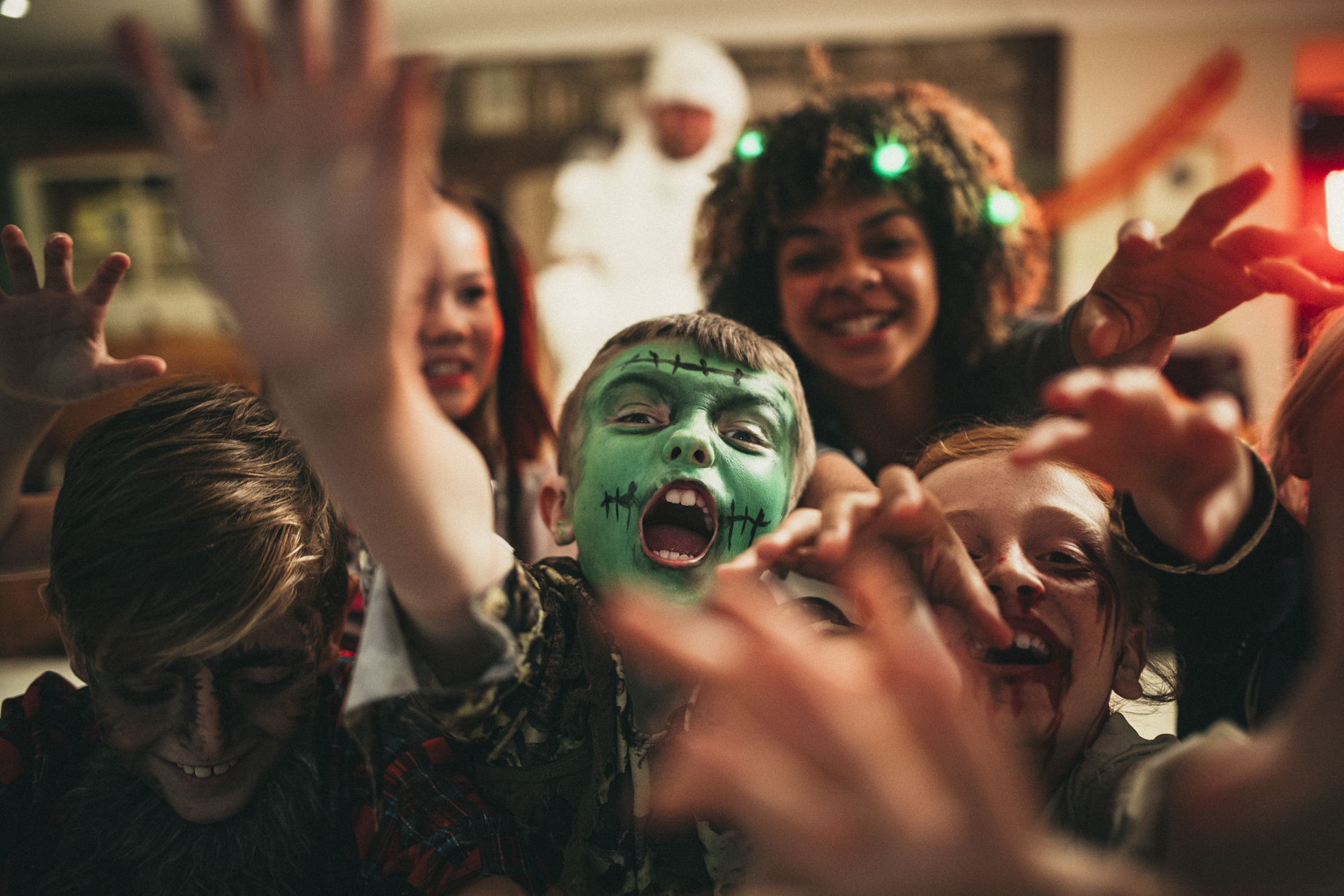 Editor’s note: The COVID-19 pandemic is still in full swing, meaning that Halloween 2020 must be celebrated differently compared to previous years. The Centers for Disease Control and Prevention has published helpful guidelines for celebrating Halloween and other fall holidays in ways that will keep you safe and healthy.

Parents and kids alike are gearing up for Halloween, scrambling to put the final touches on costumes and Jack-o’-lanterns, not to mention stocking up on candy for Trick or Treaters. But before you rush out on Oct. 31, for what some consider the spookiest day of the year, here’s a look back at the origins of Halloween and all of its odd traditions.

Halloween, also known as All Hallows’ Eve, can be traced back about 2,000 years to a pre-Christian Celtic festival held around Nov. 1 called Samhain (pronounced “sah-win”), loosely translates to “summer’s end” in Gaelic, according to the Indo-European Etymological Dictionaries. [13 Halloween Superstitions & Traditions Explained]

Because ancient records are sparse and fragmentary, the exact nature of Samhain is not fully understood; but it was an annual communal meeting at the end of the harvest year, a time to gather resources for the winter months and bring animals back from the pastures. Samhain is also thought to have been a time of communing with the dead, according to folklorist John Santino.

“There was a belief that it was a day when spirits of the dead would cross over into the other world,” Santino told Live Science. Such moments of transition in the year have always been thought to be special and supernatural, he added.

Halloween provides a safe way to play with the concept of death, Santino said. People dress up as the living dead, and fake gravestones adorn front lawns — activities that wouldn’t be tolerated at other times of the year, he said.

But according to Nicholas Rogers, a history professor at York University in Toronto and author of “Halloween: From Pagan Ritual to Party Night” (Oxford University Press, 2003), “there is no hard evidence that Samhain was specifically devoted to the dead or to ancestor worship.

“According to the ancient sagas, Samhain was the time when tribal peoples paid tribute to their conquerors and when the sidh [ancient mounds] might reveal the magnificent palaces of the gods of the underworld,” Rogers wrote. Samhain was less about death or evil than about the changing of seasons and preparing for the dormancy (and rebirth) of nature as summer turned to winter, he said.

Though a direct connection between Halloween and Samhain has never been proven, many scholars believe that because All Saints’ Day (or All Hallows’ Mass, celebrated on Nov. 1) and Samhain, are so close together on the calendar that they influenced each other and later combined into the celebration now called Halloween.

The tradition of dressing in costumes and trick-or-treating may go back to the practice of “mumming” and “guising,” in which people would disguise themselves and go door-to-door, asking for food, Santino said. Early costumes were usually disguises, often woven out of straw, he said, and sometimes people wore costumes to perform in plays or skits.

The practice may also be related to the medieval custom of “souling” in Britain and Ireland, when poor people would knock on doors on Hallowmas (Nov. 1), asking for food in exchange for prayers for the dead.

Trick-or-treating didn’t start in the United States until World War II, but American kids were known to go out on Thanksgiving and ask for food — a practice known as Thanksgiving begging, Santino said.

“Mass solicitation rituals are pretty common, and are usually associated with winter holidays,” Santino said. While one tradition didn’t necessarily cause the others, they were “similar and parallel,” he said.

These days, the “trick” part of the phrase “trick or treat” is mostly an empty threat, but pranks have long been a part of the holiday.

By the late 1800s, the tradition of playing tricks on Halloween was well established. In the United States and Canada, the pranks included tipping over outhouses, opening farmers’ gates and egging houses. But by the 1920s and 1930s, the celebrations more closely resembled an unruly block party, and the acts of vandalism got more serious.

Some people believe that because pranking was starting to get dangerous and out of hand, parents and town leaders began to encourage dressing up and trick-or-treating as a safe alternative to doing pranks, Santino said.

However, Halloween was as much a time for festivities and games as it was for playing tricks or asking for treats. Apples are associated with Halloween, both as a treat and in the game of bobbing for apples, a game that since the colonial era in America was used for fortune-telling. Legend has it that the first person to pluck an apple from the water-filled bucket without using his or her hands would be the first to marry, according to the book “Halloween and Commemorations of the Dead” (Chelsea House, 2009) by Roseanne Montillo.

Apples were also part of another form of marriage prophecy. According to legend, on Halloween (sometimes at the stroke of midnight), young women would peel an apple into one continuous strip and throw it over her shoulder. The apple skin would supposedly land in the shape of the first letter of her future husband’s name.

Another Halloween ritual involved looking in a mirror at midnight by candlelight, for a future husband’s face was said to appear. (A scary variation of this later became the “Bloody Mary” ritual familiar to many school kids.) Like many such childhood games, it was likely done in fun, though at least some people took it seriously.

Some evangelical Christians have expressed concern that Halloween is somehow satanic because of its roots in pagan ritual. However, ancient Celts did not worship anything resembling the Christian devil and had no concept of it. In fact, the Samhain festival had long since vanished by the time the Catholic Church began persecuting witches in its search for satanic cabals. And, of course, black cats do not need to have any association with witchcraft to be considered evil — simply crossing their path is considered bad luck any time of year.

As for modern Halloween, Santino, writing in “American Folklore: An Encyclopedia” (Garland, 1996), noted that “Halloween beliefs and customs were brought to North America with the earliest Irish immigrants, then by the great waves of Irish immigrants fleeing the famines of the first half of the nineteenth century. Known in the North American continent since colonial days, by the middle of the twentieth century Halloween had become largely a children’s holiday.”

Since that time, the holiday’s popularity increased dramatically as adults, communities and institutions (such as schools, campuses and commercial haunted houses) have embraced the event.

Through the ages, various supernatural entities — including fairies and witches — came to be associated with Halloween, and more than a century ago in Ireland, the event was said to be a time when spirits of the dead could return to their old haunting grounds. Dressing up as ghosts or witches became fashionable, though as the holiday became more widespread and more commercialized (and with the arrival of mass-manufactured costumes), the selection of disguises for kids and adults greatly expanded beyond monsters to include everything from superheroes to princesses to politicians.

This article was originally published in 2014 and has been updated by Alina Bradford, Tanya Lewis and Jeanna Bryner.

Read more about Halloween in this CNN report on creepy clowns; on History.com; and in this National Geographic video on YouTube.