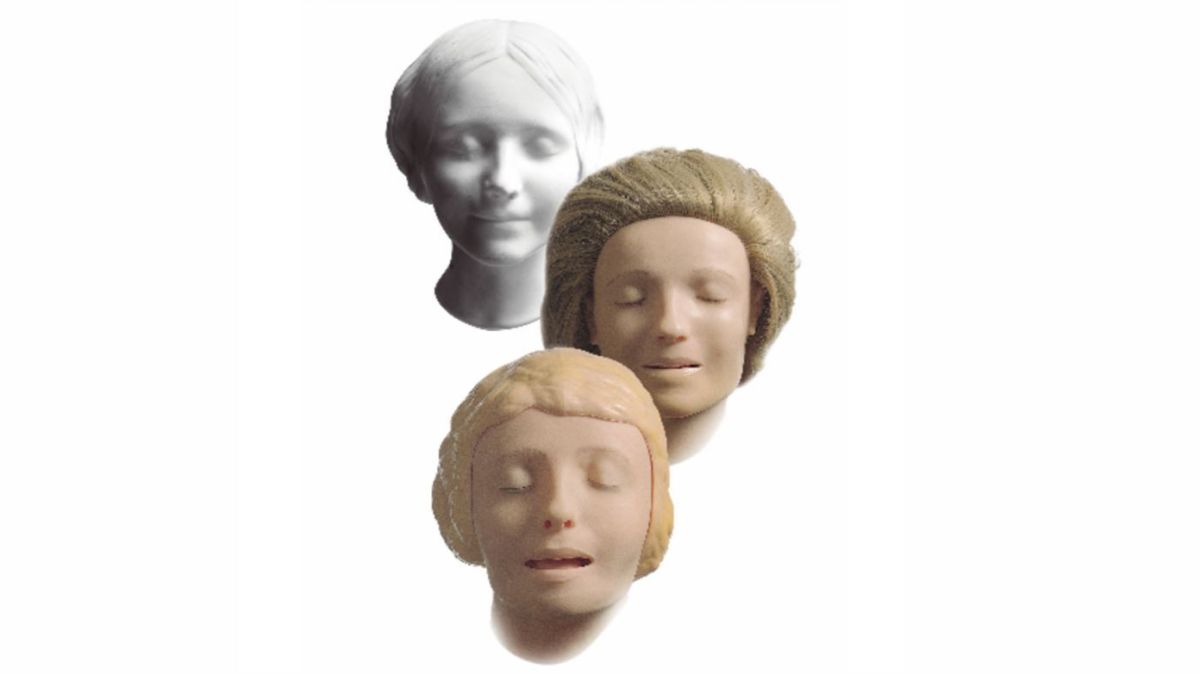 For 60 years, medical students have practiced CPR on a dummy doll — dubbed Resusci Annie — compressing her chest and breathing air into her plastic mouth. The face of that dummy, it turns out, isn’t made up. It’s based on the face of a teenage girl found dead in the Seine river in Paris in the late 19th century whose body was never identified but whose visage was captured in a mold, or “death mask.”

A new paper in the Christmas issue of The BMJ — a special edition of the medical journal that can include lighthearted or outside-of-the-box research — tells how the nameless corpse became a CPR manikin and earned the title of “the most kissed girl in the world.”

“Every year we have to carry out mandatory CPR training which utilizes these mannequins,” Dr. Stephanie Loke, co-author of the feature and a dental trainee at Liverpool University Dental Hospital, in Liverpool, U.K., told Live Science in an email. She and her co-author Dr. Sarah McKernon, also of the university’s School of Dentistry, “simply wondered who the face was!” she added.

The story of Resusci Annie begins more than a century ago, when the dead body of a girl who looked about 16 was pulled from the Seine, the authors wrote. Because her body showed no signs of violence, some people speculated that she had drowned herself intentionally. The body was put on public display in a mortuary in hopes that someone could identify the deceased — a common practice at the time — but nobody identified the teen. She became known as “L’Inconnue de la Seine (the Unknown Woman of the Seine).”

Though anonymous, she was by no means forgotten. The pathologist who performed her autopsy was so taken with her serene expression that he had a model maker create a plaster “death mask” of her face. The mask was replicated and sold. In fact, the Lorenzi model makers, who, according to the paper authors made the original death mask, still sell copies of it today under the title “Noyée [Drowned Woman] de la Seine.”

In the late 1950s, when medical students were just starting to learn and practice CPR, Archer Gordon, a member of the American Heart Association”s CPR Committee, realized that a CPR dummy could save medical students from the unnecessary pain and potential rib damage of practicing CPR on each other. To manufacture such a thing, he and a Norwegian colleague sought the help of Norwegian toymaker Åsmund Laerdal.

It turned out, Laerdal had seen a reproduction of “L’Inconnue de la Seine” on the wall of a relative’s house, and he decided to give the CPR manikin the same face. Thus, in 1960, when the Laerdal company built the first CPR manikins, “L’Inconnue de la Seine” became “Resusci Annie,” the CPR dummy, or Resusci Anne, as Laerdal refers to the doll on its website. Before making CPR manikins, Laerdal had manufactured a doll named Anne. “Perhaps, this is the name that stuck,” Loke said.

The doll, made of soft plastic, had a collapsible chest so that students could practice chest compressions and open lips so that they could practice mouth-to-mouth resuscitation.

Making the CPR manikin changed the course of the Laerdal company from toys to medical devices, as it describes on its website, where Resusci Anne is still available for purchase. The company estimates that 300 million people around the world have been trained in CPR, most of them with the help of Resusci Anne. One of those people, it seems, was Michael Jackson, who included the refrain “Annie are you okay?” in the song “Smooth Criminal” after he was inspired by his own CPR training, according to the BMJ paper. (This line is also used in CPR training when trainees  check for a response in the patient.)

But what about the ethics of making reproductions of a deceased person’s face and selling them without consent? In an editorial published in the same issue of BMJ, writer and ethicist Julian Sheather notes that although putting bodies on display and passing around death masks were common practices in the 19th century when “L’Inconnue de la Seine” died, those practices would be “ethically troubling” today.

“Few people would want an image of a dead loved one widely circulated without consent,” Sheather wrote. In the editorial, Sheather seeks a middle ground between judging the past by present-day standards and suspending judgment of history altogether. “While I probably wouldn”t seek to remove the manikins in circulation, if making them now I might be tempted, out of respect, to anonymize her face,” he wrote.