How a material conducts electricity better 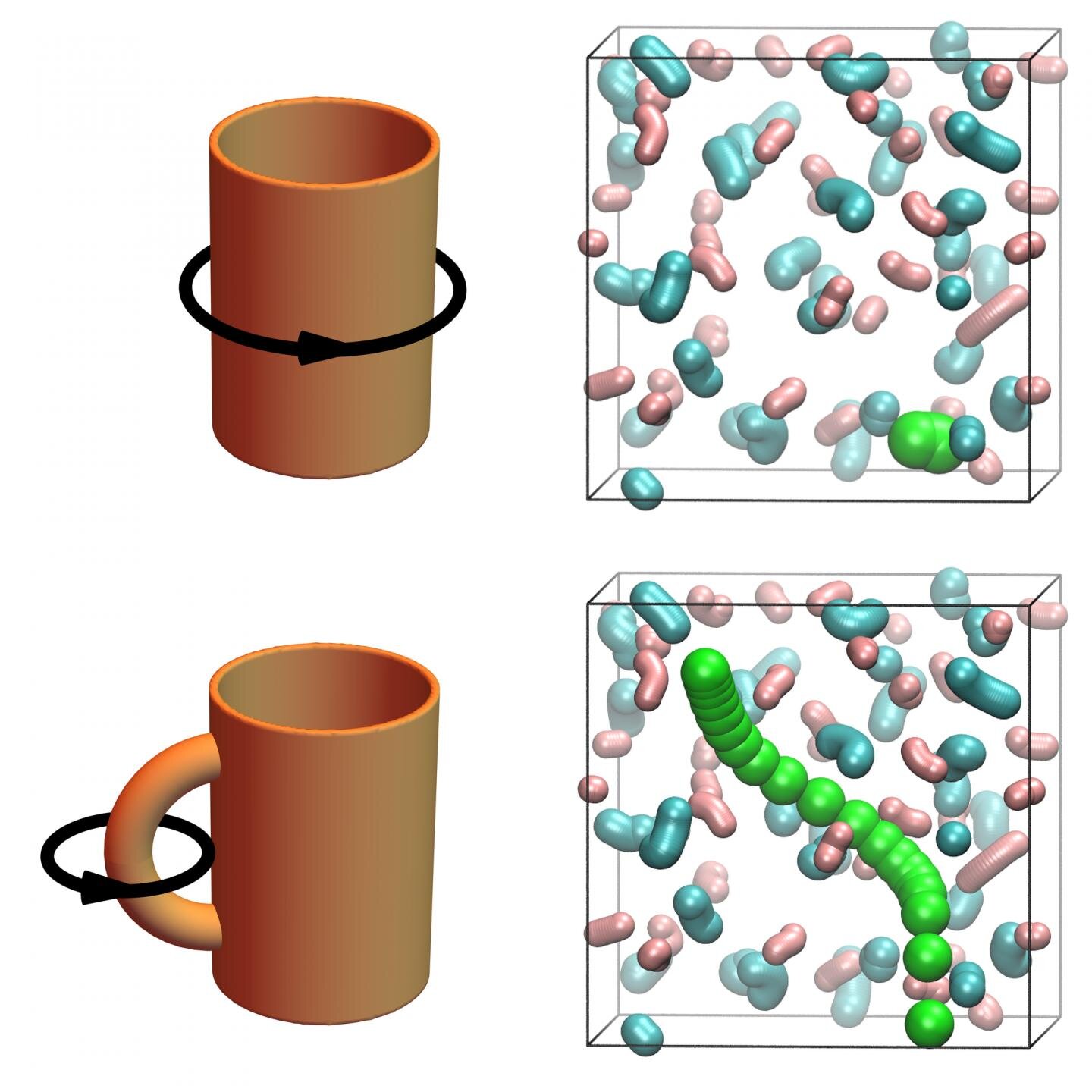 A sphere and a cube can be deformed into one another without cuts or stitches. A mug and a glass cannot because, to deform the first into the second, the handle needs to be broken. Topology is the branch of mathematics that formalizes this difference between mugs and glasses, extending it also to abstract spaces with many dimensions. A new theory developed by scientists at SISSA in Trieste has succeeded in establishing a new relationship between the presence or absence of ‘handles’ in the space of the arrangements of atoms and molecules that make up a material, and the propensity of the latter to conduct electricity. According to this theory, the insulating materials ‘equipped with handles’ can conduct electricity as well as metals, while retaining typical properties of insulators, such as transparency.

The research, which has just been published in the journal Physical Review X, is the latest from the fascinating and thriving world of topology, an abstract discipline that gives a potent handle (pun intended!) to some of the most exotic properties of matter. In this way, scientists at the School of Trieste have investigated how to estimate the charge transport and the currents in generic ionic fluids rigorously, in line with the quantum nature of the material.

They have thus developed a theory to explain physical phenomena which have been known for more than a century but which until now lacked a rigorous interpretative base and predictive framework, thereby laying the foundations for major technological developments, for example in the field of thermoelectric materials.

“We usually divide materials into conductors and insulators according to their propensity to conduct electricity or not,” explain the research authors Paolo Pegolo, Federico Grasselli and Stefano Baroni. “In a metal, which is a typical conductor, some electrons move freely within the ionic crystal lattice. However, some liquids, such as mineral water, also conduct electricity, thanks to the transport of charged ions that are dissolved in them. In this case, we speak of ionic conductors, which are transparent, while metals are reflective.” Ionic fluids were the focus of the recent study. “We wanted to develop a theory based on the quantum nature of atoms and able to describe charge transport in this type of conductors” explain the scientists. “A sound explanation of the phenomenon could also be useful to create new materials with unprecedented electrical properties.”

Topology at the service of physics

The scholars have borrowed the mathematical tools of topology. Pegolo, Grasselli and Baroni’s theory has thus linked transport in ionic fluids with the existence in an abstract space of structures that present holes or handles. “If these structures exist, it is possible to transport electrons without moving the ions, thus significantly improving the electrical conduction properties of a material while leaving it non-metallic and therefore transparent. In the absence of holes or handles, the electrons remain bound to their atom and the conduction is less efficient.” “These phenomena,” continue the researchers “have been known in physics for at least one hundred years. Our research gives them an elegant and powerful mathematical foundation and a reliable theoretical support structure.”

This theory finds application in the science of thermoelectric materials, which are all the more efficient the more they are able to guarantee the conduction of electricity without heating up. The researchers conclude, “The materials described in this theory do not have metallic properties and thus favor thermal insulation, but the presence of electrons that are sufficiently mobile to be transported increases their electrical conductivity. Both are important qualities which, at the technological level, could greatly contribute to the development of more efficient and advanced devices.”

The science of electrolyte materials might also benefit from the results of this research, in that better understanding of conduction in absence of metallicity can lead to design batteries that are efficient and electrochemically stable.

The transformation of a pair: How electrons supertransport current in ‘bad metals’