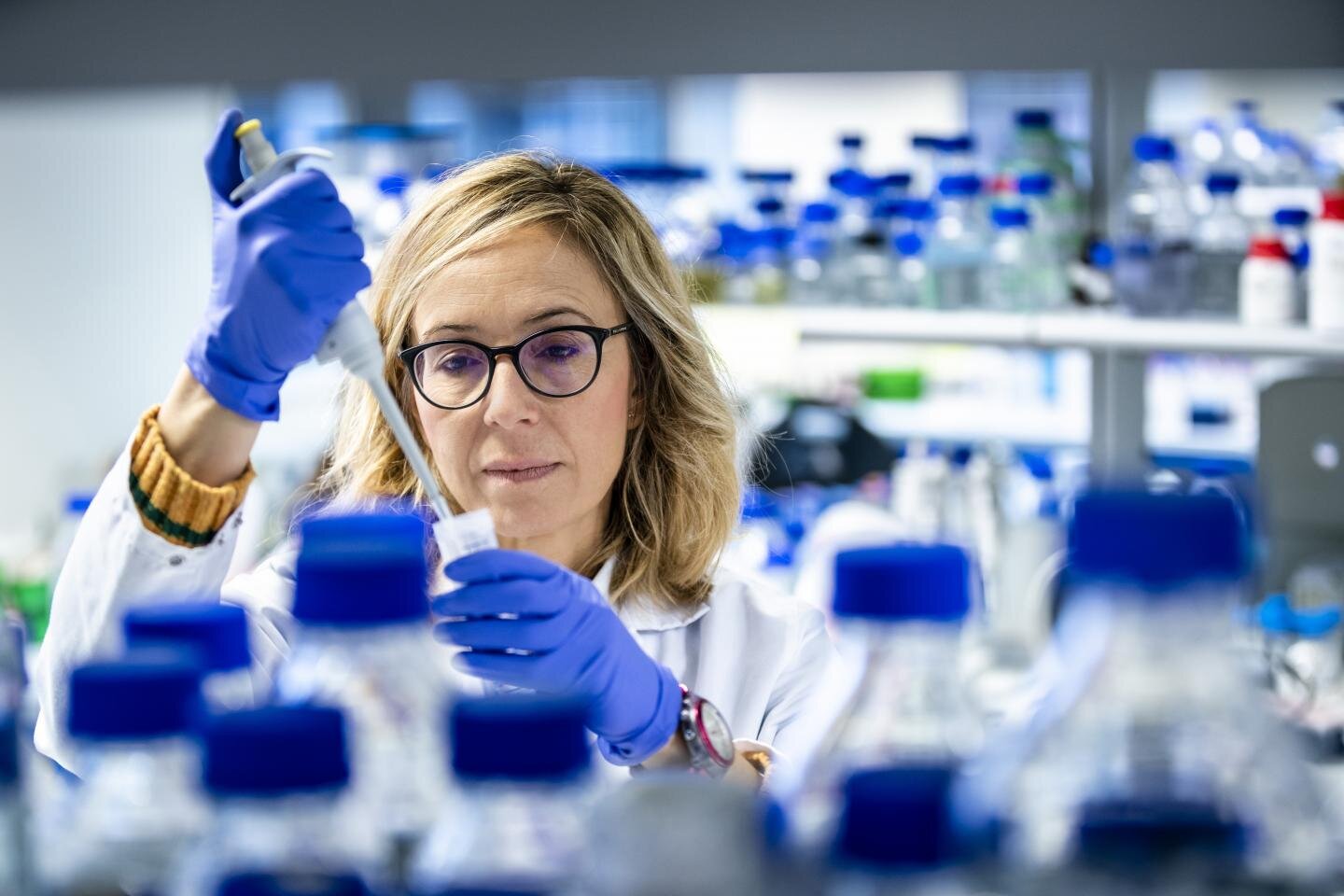 An international team of scientists led by the ESRF, the European Synchrotron, have found how the ECSIT protein dictates the behavior of proteins linked to the energy activity in mitochondria, which is largely affected in Alzheimer’s disease. Their results are published today in Angewandte Chemie.

The origin of the most prevalent form of Alzheimer’s disease, which accounts for 95% of cases, is still not clear despite decades of scientific studies. “Before understanding the pathology, we need to understand the biology,” explains Montse Soler López, a scientist leading research on Alzheimer’s disease at the ESRF. “The only thing we are sure about is that the most common form of Alzheimer’s is linked with aging,” she asserts.

So researchers have been focusing on parts of the body that degrade dramatically with age. Neurons, for example, are long-lived cells, meaning that they don’t renew themselves like other cells do. Neurons lodge mitochondria, which are so-called the ‘powerhouses of the cell’ because of their active role generating energy in the body. With time, mitochondria suffer oxidative stress and this leads to their malfunction. It has been recently discovered that people with Alzheimer’s may have an accumulation of amyloids inside mitochondria (previously it was thought amyloids were only outside the neurons). Montse Soler López is trying to find whether there is a link between mitochondrial dysfunction, presence of amyloids and early disease symptoms. “We believe that malfunctioning of the mitochondria can take place 20 years before the person shows symptoms of the disease.”

The team at the ESRF joined forces with scientists at the Institut de Biologie Structurale (CNRS, CEA, Université Grenoble Alpes), Grenoble Institut des Neurosciences and the European Molecular Biology Laboratory (EMBL) to study the proteins involved in the respiratory complex that allows mitochondria to generate energy. The way mitochondria work is the following: first, ‘helper’ complexes create respiratory complexes, which subsequently create energy in the form of ATP. Soler López and her team focused on a protein called ECSIT, which is key in the immune system and appears to ‘socialize’ or interact with many proteins.

Using the ESRF cryo-electron microscope and Small Angle X-ray Scattering at the ESRF’s beamline BM29, the researchers managed to decipher the role of ECSIT in mitochondrial activity. “We’ve found that ECSIT plays a major role in assembling the ‘helper’ complex, which will assemble the respiratory complex 1, the biggest complex of the respiratory chain in the mitochondria. In the ‘helper’ complex there are several proteins, and we’ve discovered that ECSIT regulates the function of the proteins so that they do the job they are required to do,” explains Soler López.

One of these proteins is ACAD9. This is a protein that can work to oxidize fatty acids or to assemble the respiratory complex. Soler López and her colleagues found that ECSIT shuts down the oxidizing function so that the protein can focus on assembling the respiratory complex. “If ECSIT didn’t take action, it would be a mess, with proteins doing several things at the same time, so ECSIT is actually crucial in the whole respiratory complex and hence, in mitochondrial activity,” she adds.

They also found that ECSIT is very sensitive to amyloids presence. “We think that when the amyloids start appearing in the mitochondria, ECSIT goes into overdrive, pushing the respiration mechanism to protect the mitochondria from the damaging invasion. If the mechanism is not well controlled it can become destructive and end up destroying the neuron. But we are still investigating this, it is the next step in our research,” concludes Soler López.

Solving the puzzle pieces of the mitochondrial ribosome assembly