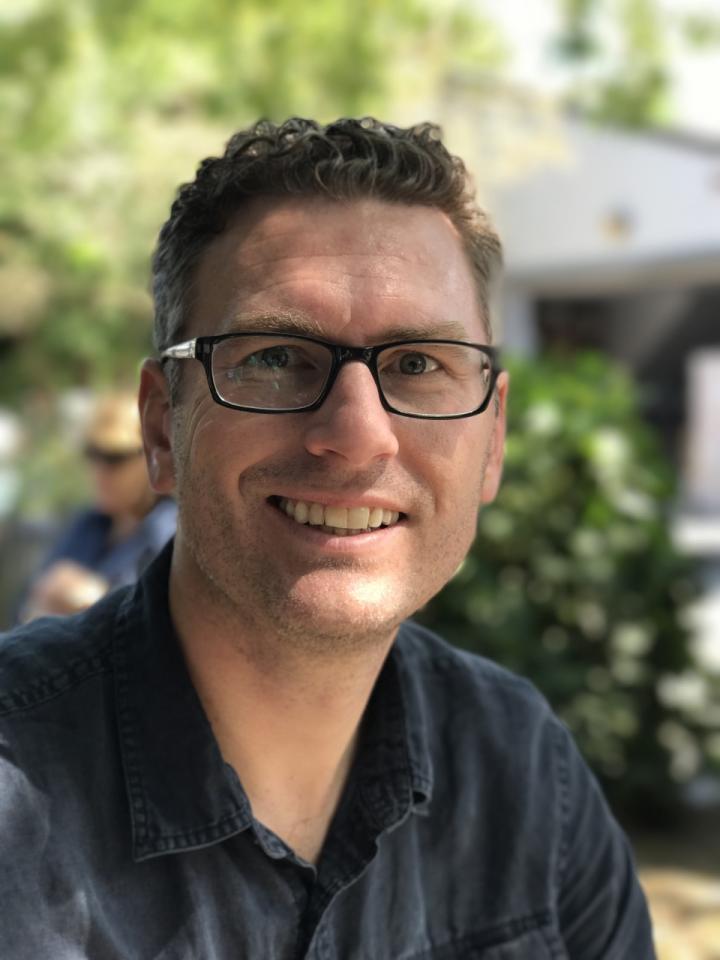 AMHERST, Mass. – In a new paper with results that senior author Eric Strieter at the University of Massachusetts Amherst calls “incredibly surprising,” he and his chemistry lab group report that they have discovered how an enzyme known as UCH37 regulates a cell’s waste management system.

Strieter says, “It took us eight years to figure it out, and I’m very proud of this work. We had to develop a lot of new methods and tools to understand what this enzyme is doing.”

As he explains, a very large protease called a proteasome is responsible for degrading the vast majority of proteins in a cell; it may be made up of as many as 40 proteins. It has been known for more than 20 years that UCH37 is one of the regulatory enzymes that associates with the proteasome, he adds, “but no one understood what it was doing.”

It turns out that the crux of the whole process, he adds, is how complicated modifications in a small protein called ubiquitin can be. “In addition to modifying other proteins, ubiquitin modifies itself resulting in a wide array of chains. Some of these chains can have extensive branching. We found that UCH37 removes branchpoints from chains, allowing degradation to proceed.”

Writing this week in Molecular Cell, he and first author and Ph.D. candidate Kirandeep Deol, who led and conducted the experiments, with co-authors Sean Crowe, Jiale Du, Heather Bisbee and Robert Guenette, discuss how they answered the question. The work was supported by the NIH’s National Institute of General Medical Sciences.

This advance could eventually lead to a new cancer treatment, Strieter says, because cancer cells need the proteasome to grow and proliferate. “Many cancer cells are essentially addicted to proteasome function,” he points out. “Its cells produce proteins at such a fast rate that mistakes are made, and if these are not cleared out, cells can’t function. Since UCH37 aids in clearing out proteins, it could be a useful therapeutic target to add to the proteasome inhibitors that have already been successful in the clinic.”

To begin their years-long process, Strieter says, “we had to come up with a way to generate a wide variety of ubiquitin chains that would represent the potential diversity in a cell. Using that new library of ubiquitin chains allowed us to interrogate the activity of UCH37 in a controlled setting. That series of experiments gave us the first clue that this enzyme was doing something unique.”

Another new method they developed uses mass spectrometry to characterize the architecture of ubiquitin chains in complex mixtures. “This allowed us to see that the activity we discovered with our library of substrates was also present in a more heterogenous mixture,” Strieter says. Finally, the chemists used the CRISPR gene editing tool to remove UCH37 from cells to measure the impact of UCH37 on proteasome-mediated degradation in vitro and in cells.

This technique led to one more surprise. “Instead of acting as expected and opposing the degradation process, it turned out that UCH37 was removing branchpoints from ubiquitin chains to help degrade proteins,” Strieter says. “You would think that by removing the signal for degradation that degradation would be impaired,” he adds, “but it didn’t work that way.”

In future experiments, Strieter and colleagues hope to further explore the degradation process and learn in more detail how UCH37 manages to regulate cellular function.