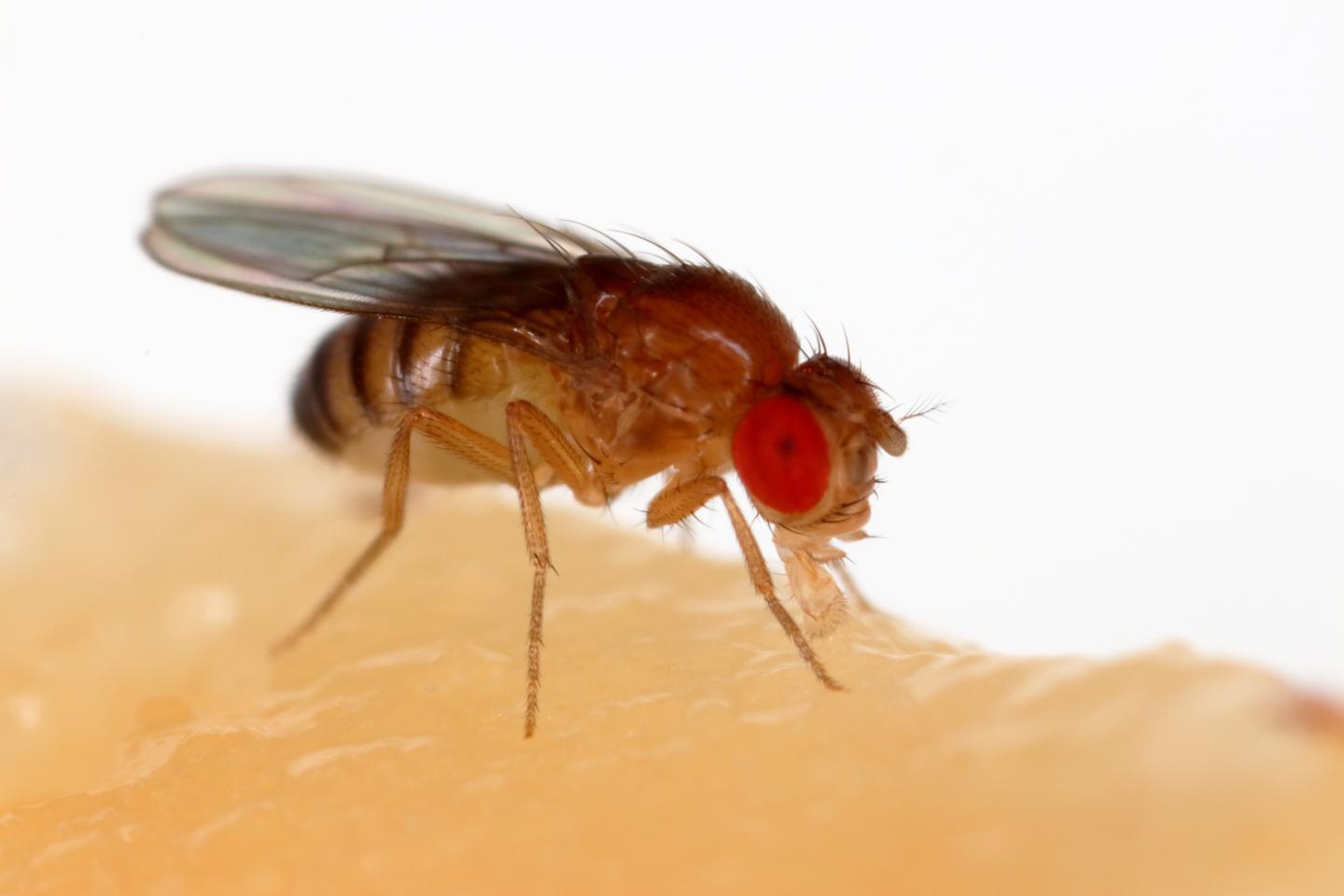 Having a choice of foods may accelerate aging and shorten the lifespan of fruit flies, according to a study published today in the open-access eLife journal.

While early experiments have shown that calorie restriction can extend lifespan, the current study adds to the growing body of evidence that suggests other diet characteristics besides calories may also influence aging and lead to earlier death.

“It has been recognised for nearly a century that diet modulates aging,” says first author Yang Lyu, Postdoctoral Fellow at the Department of Molecular & Integrative Physiology, University of Michigan Medical School, Ann Arbor, US. “For our study, we wanted to see if having a choice of foods affects metabolism and lifespan in the fruit fly Drosophila melanogaster.”

Lyu and colleagues began by giving fruit flies either a diet of brewer’s yeast and sugar mixed together, or a choice of the two nutrients separately. They found that having the choice between foods changed the flies’ behaviour and metabolism, and shortened their lifespan, independent of how much they ate.

These changes indicated that the flies have distinct neural and metabolic states when given a choice between foods, in comparison to when they are presented with one combined food option. Further experiments by the team showed that a choice between meals causes rapid metabolic reprogramming, and this is controlled by an increase in serotonin 2A receptor signalling in the brain.

The researchers then inhibited the expression of an enzyme called glutamate dehydrogenase, which is key to these metabolic changes, and found that doing so reversed the life-shortening effects of food choice on the flies.

“Our results reveal a mechanism of aging caused by fruit flies and other organisms needing to evaluate nutrient availability to improve their survival and wellbeing,” Lyu says.

Since many of the same metabolic pathways also exist in humans, the authors say it is possible that similar mechanisms may be involved in human aging. But more studies will be needed to confirm this.

“It could be that the act of making decisions about food itself is costly to the flies,” concludes senior author Scott Pletcher, the William H. Howell Collegiate Professor of Physiology, and Research Professor at the Institute of Gerontology, University of Michigan Medical School. “We know that in humans, having many choices can be stressful. But while short-term stress can be beneficial, chronic stress is often detrimental to lifespan and health.”

The paper ‘Serotonin 2A receptor signaling coordinates central metabolic processes to modulate aging in response to nutrient choice’ can be freely accessed online at https://doi.org/10.7554/eLife.59399. Contents, including text, figures and data, are free to reuse under a CC BY 4.0 license.

This study will be published as part of eLife‘s upcoming Special Issue on aging, geroscience and longevity. For more information, see https://elifesciences.org/inside-elife/4f706531/special-issue-call-for-papers-in-aging-geroscience-and-longevity.

eLife is a non-profit organisation created by funders and led by researchers. Our mission is to accelerate discovery by operating a platform for research communication that encourages and recognises the most responsible behaviours. We work across three major areas: publishing, technology and research culture. We aim to publish work of the highest standards and importance in all areas of biology and medicine, including Genetics and Genomics, while exploring creative new ways to improve how research is assessed and published. We also invest in open-source technology innovation to modernise the infrastructure for science publishing and improve online tools for sharing, using and interacting with new results. eLife receives financial support and strategic guidance from the Howard Hughes Medical Institute, the Knut and Alice Wallenberg Foundation, the Max Planck Society and Wellcome. Learn more at https://elifesciences.org/about.

To read the latest Genetics and Genomics research published in eLife, visit https://elifesciences.org/subjects/genetics-genomics.