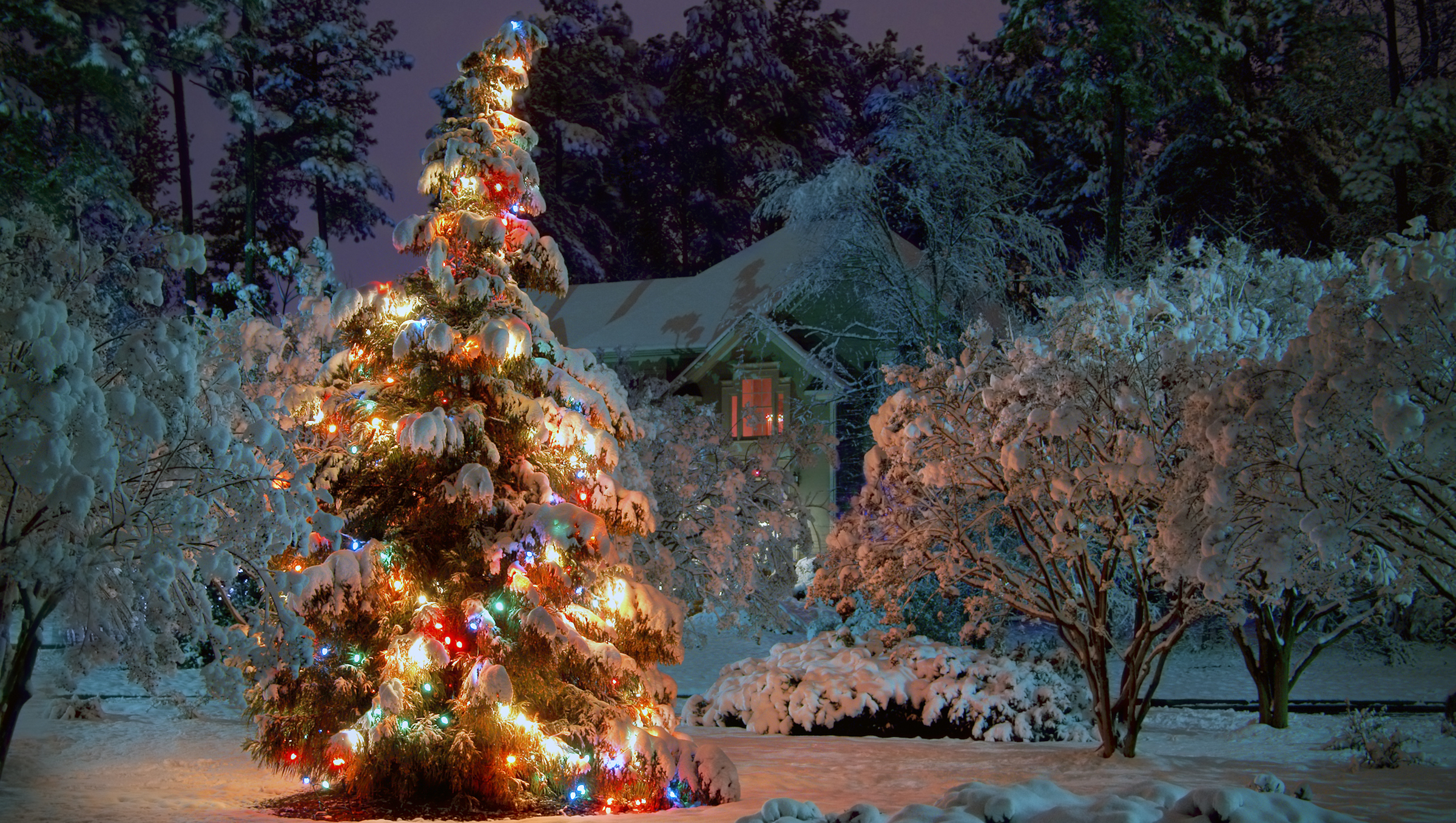 Every December, many of us begin to dream of a white Christmas, of marshmallow worlds and walking in a winter wonderland. Classic holiday songs like “White Christmas” are filled with frosty imagery of deep, pristine snow. But in reality, exactly how much snow is needed to officially declare a Christmas “white”?

The answer, according to the National Weather Service (NWS), is at least 1 inch (2.5 centimeters) of snow on the ground on the morning of Dec. 25. Contrary to popular belief, that inch or more of snow doesn’t need to have fallen fresh on Christmas or Christmas Eve; snow from days or weeks prior that remains on the ground until Christmas Day technically still counts.

What’s the significance of 1 inch? “We [meteorologists in the U.S.] measure to the nearest inch when we’re doing snow depth,” said Jeff Boyne, a forecaster with the NWS in La Crosse, Wisconsin. An inch of snow is also typically enough to hide grass and other outdoor surfaces under a thin veil of white. Anything less would yield a more “brown” than “white” Christmas, Boyne told Live Science.

So, why do we dream of a white Christmas in the first place? To answer that, look to the calendar and climate.

In the Northern Hemisphere, the winter solstice, or first day of astronomical winter, occurs around Dec. 21 or 22 — mere days before the Christmas holiday. Since Christmas occurs during the winter season, a season characterized by cold and snow, it’s only natural that snow and Christmas be paired together.

It’s also believed the white Christmas tradition has roots in the Little Ice Age, a period of cool climate in the Northern Hemisphere roughly between the 16th century and 19th century, according to the Encyclopedia of Global Environmental Change. During the Little Ice Age, average winter temperatures in Europe and North America were as much as 3.6 degrees Fahrenheit (2 degrees Celsius) cooler than usual. Cold and snow were such a routine part of daily life that frost fairs — festivals held on frozen rivers and canals — were popular celebrations at that time, according to the Museum of London.

In Europe, all of that snow eventually became culturally associated with Christmas, especially with the publication of Charles Dickens’ “A Christmas Carol” and Clement Clarke Moore’s poem commonly known as “Twas the Night Before Christmas” toward the end of the Little Ice Age years. As these works became popular around the world, so did the notion of snow on Christmas. (Of course, white Christmases aren’t as prevalent in the world’s warm climates where snow is rare, or in the Southern Hemisphere, where the month of December occurs during the summer season.)

Will this centuries-old tradition stay with us for years to come? Boyne thinks so. “Most people like white Christmases,” he said, “just as long as they don’t have to travel in them.”