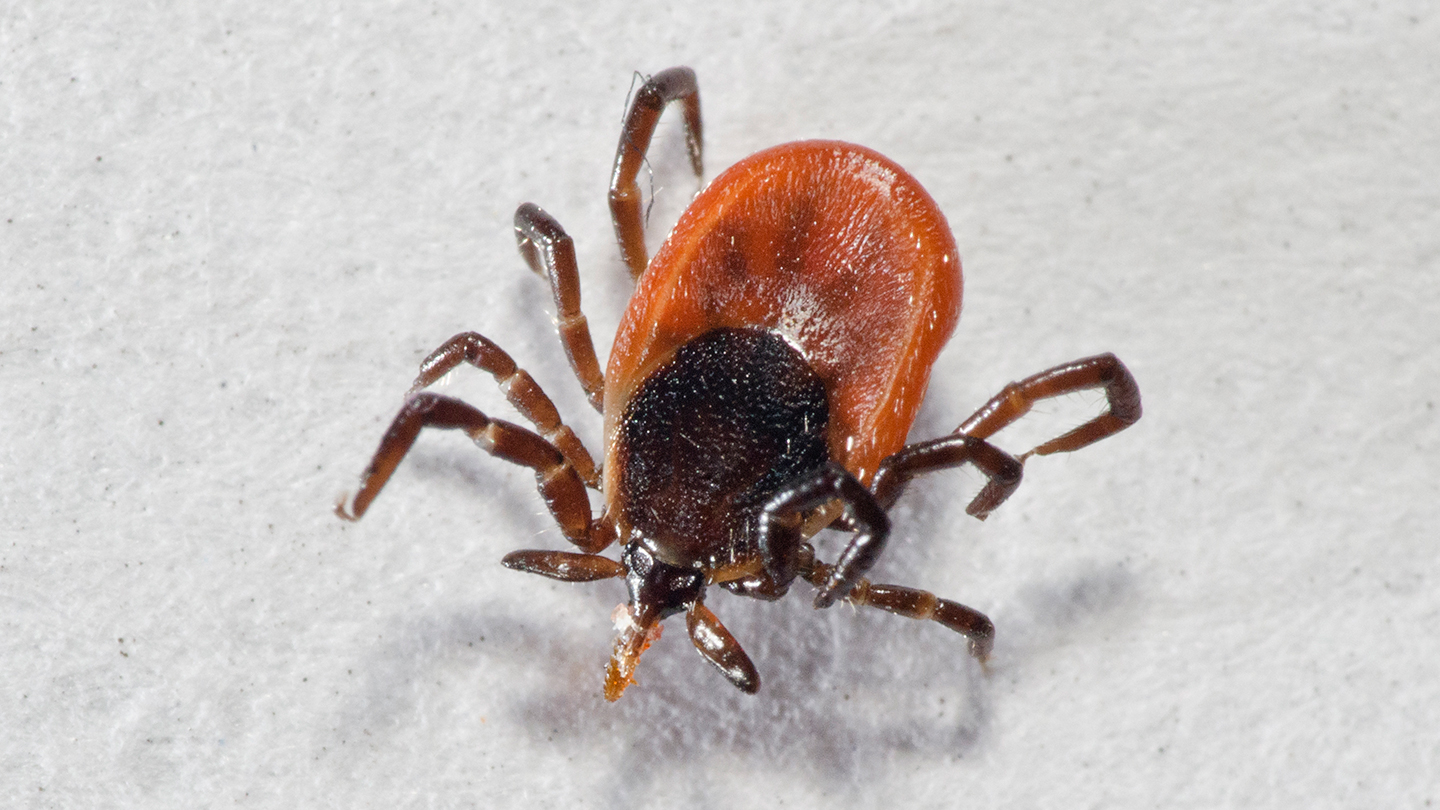 Ticks may have reason to be as wary of us as we are of them.

Bacteria that are potentially deadly to the bloodsuckers live on human skin. But a gene from bacteria that ticks incorporated into their genetic code around 40 million years ago helps protect the arachnids from those would-be microbial killers, a new study finds.

That gene makes a protein, called Dae2, that black-legged ticks (Ixodes scapularis­) can use to fend off microbial threats, researchers report December 10 in Cell. But it’s not an equal opportunity weapon. In a test tube, the protein doesn’t mess with bacteria that don’t bother the ticks, including Borrelia burgdorferi, the bacterial cause of Lyme disease.

The finding may explain how ticks can get past humans’ defenses to transmit disease through their bite, including Lyme disease, the most common tick-borne disease in North America (SN: 6/23/16).

The arachnids’ saliva harbors many bacteria-killing proteins. But few studies have analyzed how such proteins allow ticks to defend themselves from some microbes while retaining species that aren’t dangerous to the ticks, says Albert Mulenga, a vector biologist at Texas A&M University in College Station who was not involved in the study. Such studies could help scientists pinpoint the proteins crucial for tick feeding as well as disease transmission. Researchers may then be able to develop ways to interfere with these proteins, stopping ticks from spreading disease.

The biggest question was which bacteria does the ticks’ Dae2 target, says Seemay Chou, a microbiologist and biochemist at the University of California, San Francisco.

Chou and colleagues predicted that Dae2 might help black-legged ticks control the growth of B. burgdorferi. Previous work had shown that ticks without Dae2 carried more of the Lyme disease microbe than ticks with Dae2 when the arachnids fed on mice infected with the microbe. But repeated experiments found that the protein failed to kill the bacteria in a test tube, suggesting that the team’s hypothesis was wrong.

“We wanted that to be true so bad that we were missing the red lights telling us that can’t be the case,” says Beth Hayes, a microbiologist in Chou’s lab.

When Chou, Hayes and colleagues finally began testing the protein against other types of bacteria, the ticks’ Dae2 turned out to be surprisingly effective. In a test tube, Dae2 killed Bacillus subtilis, a common bacterial species found in soil, as well as human skin-dwelling species like Staphylococcus epidermidis and Corynebacterium propinquum. Those bacteria don’t typically cause disease in people. But they could be bad news for ticks, the researchers concluded.

When ticks that were prevented from making Dae2 or had its activity blocked fed on mice, the arachnids tended to have higher levels of Staphylococcus bacteria than ticks with active Dae2. And when the researchers infected ticks lacking Dae2 with S. epidermidis, fewer than 40 percent survived longer than a day. Most infected ticks that had Dae2, however, survived as long as uninfected ticks.

Looking back, “it doesn’t really make sense to look at the things that are surviving and thriving in ticks,” Chou says. “The Lyme pathogen is clearly in a harmonious partnership with the tick, so if the tick immune system evolved to target anything, it’s all the things that aren’t there.”

It’s still unclear what might happen to ticks that encounter Staphylococcus bacteria in nature. “We really don’t know how much bacteria are in the bloodmeal while [ticks] are feeding,” Mulenga says. It’s possible that the arachnids may be exposed to levels that are nonlethal but might have other negative effects, such as preventing ticks from progressing through their life cycle.

Still, the findings emphasize that ticks are “really elegant bloodsucking machines,” and highlight that the word “pathogen” is just a status, dependent on who the host is, Chou says. As ticks feed on blood, there is a “mirror situation where the ticks [carry] the Lyme pathogen, which is super bad for us, and our skin microbes are super bad for the ticks,” she says.